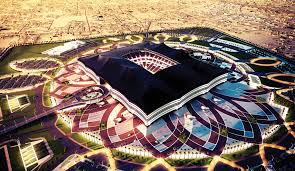 The French energy giant Total is studying the prospects of establishing a solar business in Qatar, according to its Chairman and CEO, Patrick Pouyanné. “We understand that Qatar Petroleum is establishing a new company in association with Qatar Electricity (QP) and Water Company (QEWC) to develop some solar farms in Qatar. We intend to study the possibility of setting up a joint venture between Sun Power and this new company. Yes, we have established a solar business in Abu Dhabi. We are pleased to do it in Qatar as well,” he told Gulf Times.

Total has become a global name in solar power after acquiring US-based SunPower, the second largest solar company in the world. It already has a solar business in Abu Dhabi, UAE, where it has built a solar plant in partnership with Masdar and Abengoa Solar, but a foray into Qatar at this time is very significant, and it’s all about FIFA.

As Oil Price wrote, Qatar had plans to use solar energy to cool the five stadiums where matches of the FIFA World Cup were to be held, as temperatures are expected to reach 50 °C. The stadiums’ solar plants were to be connected to the national grid and during matches, it would import energy from the grid, whereas, it would export to the grid when the stadium was not being used, making the facility carbon neutral.