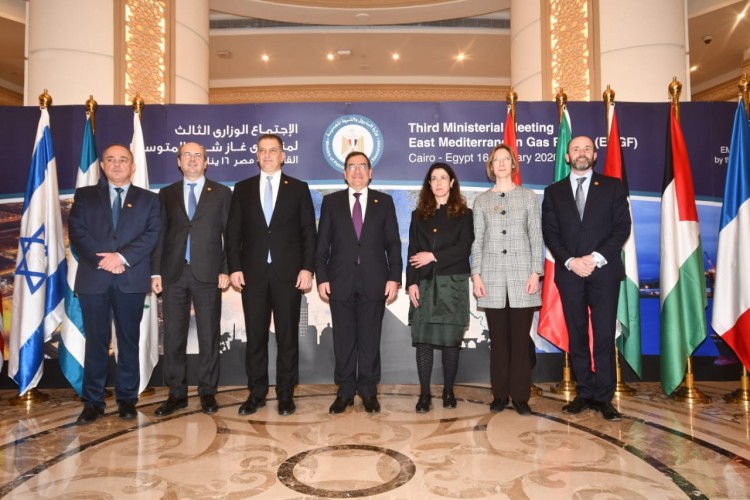 The third ministerial meeting of the Eastern Mediterranean Gas Forum (EMGF) was held in Cairo on January 16, headed by the Minister of Petroleum and Mineral Resources, Tarek El Molla, according to a press release.

El Molla said that the EMGF is responsible for the regional cooperation, which aims at overcoming the challenges and embracing the changes in the region.

The meeting was attended by the energy ministers of Cyprus, Greece, Israel in addition to the Italian agent of the Economic Ministry, the Economic Affairs Consultant for the Palestinian President, the Jordanian energy ministry representative, US Deputy Assistant Secretary of Energy , the head of the European strategic sector as well as the European Union Ambassador and World Bank representatives.

El Molla added that this cooperation aims at continuing the development of natural resources in the region through uniting the mutual efforts.

He confirmed the fruitful cooperation between the forum, USA, the European Union, and the World Bank and their support.

From his side, the Cypriot Energy Minister, Yiorgos Lakkotrypis, said, during the forum meeting, that the forum success is a proof for the mutual vision of the forum’s members to enhance prosperity in the East Mediterranean.

The Greek Minister of Energy and Environment praised the transformation of the EMGF into an international organization, which achieves its members’ goals to exploit their natural resources.