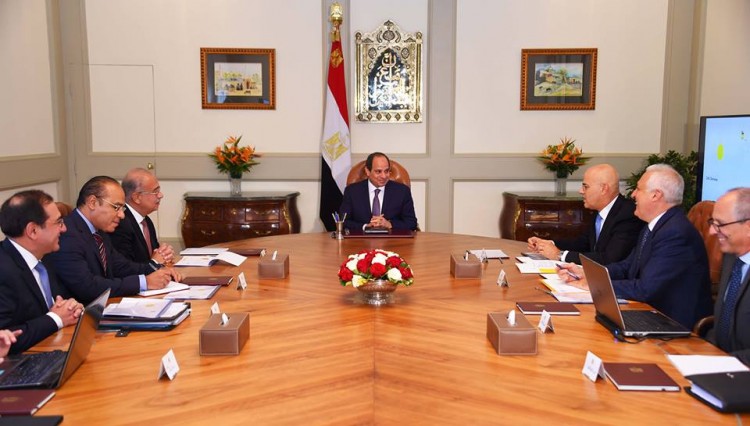 Production at Zohr is set to begin before the end of 2017, Descalzi said.

El Sisi, emphasizing the government’s support for the project, urged government officials to ease barriers that might prevent timely production, according to presidential spokesperson, Alaa Youssef.

Descalzi outlined the company’s progress at the site, particularly noting the construction of pipeline infrastructure and the drilling of wells. He noted that Eni has worked with a number of Egyptian firms to install control systems at the site.

He also noted the numerous projects Eni is carrying out in Egypt and said that the company has completed the first phase of development at the Nooros field.

Eni is an Italian energy company that specializes in exploration, production, and refining operations. It discovered the Zohr field in 2015.

The meeting was also attended by the Prime Minister, Sherif Ismail; the Minister of Petroleum and Mineral Resources, Tarek El Molla; and a number of officials from Eni.