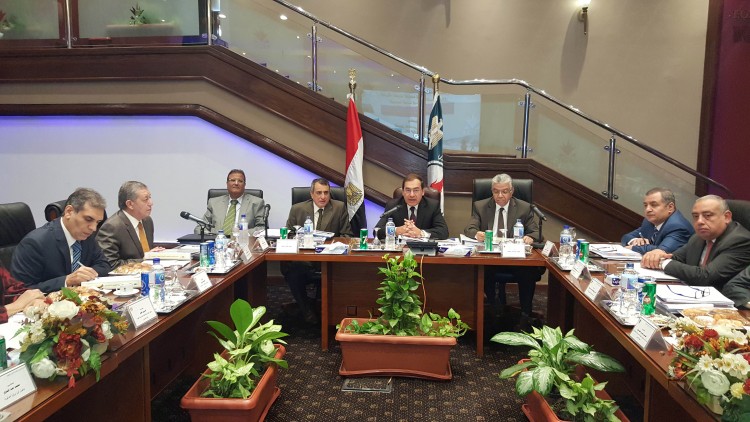 A press release from the Egyptian Ministry of Petroleum and Mineral Resources stated that the minister, Tarek El Molla, headed the General Assembly of the Egyptian Natural Gas Holding Company (EGAS) to review its fiscal results for 2015/2016.

EGAS’s CEO, Mohamed Al Masry, stated that during fiscal year 2015/2016 EGAS made 14 new discoveries that made the total reserves reach 31.5tcf of natural gas and 38mb of condensates. The company signed four development agreements with foreign investors to develop Zohr, Atol, Harmton and Merit fields in the Mediterranean in order to produce 3bcf/d of gas with investments amounting to $19.5b. EGAS executed 8 development projects that included drilling 14 exploratory wells and 26 enhancement wells with an initial capacity estimated at around 780mcf/d of gas, 11,400b/d of condensates with investments reaching $2.1b. The new discoveries increased Egypt’s natural gas production to 4360mcf/d.

EGAS also supplied gas for various national sectors, with consumption rates for power generation reaching 62%, manufacturing consumption at 23%, and residential and vehicle consumption reaching 5%. It also provided 10% of production to petroleum and derivatives.

Al Masry added that gas delivery to various location has proceeded during 2015/2016 as EGAS connected 715,000 household and  36 towns and villages located in upper Egypt and Nile Delta to the national gas grid.