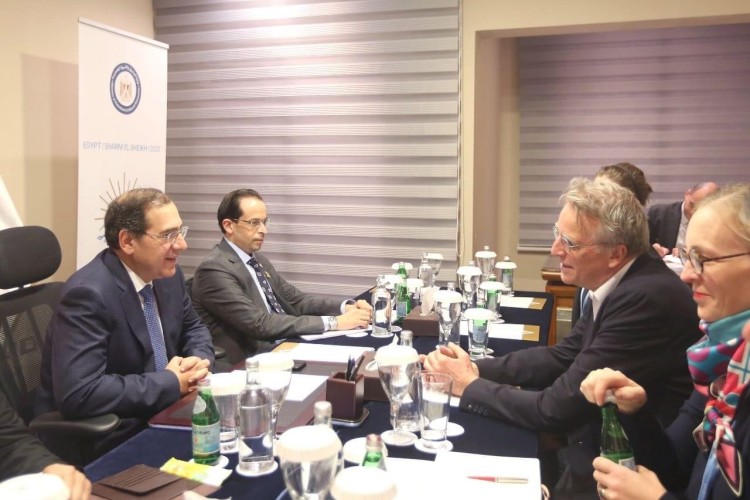 Minister of Petroleum and Mineral Resources Tarek El Molla has praised the participation of the German delegation at COP27 which is held in Egypt.

This came during El Molla’s meeting with German Parliamentary State Secretary for Economic Affairs and Climate Action, Stefan Wenzel on the sidelines of COP27.

Additionally, the minister highlighted the importance of Decarbonization Day to be included primarily in the conference. He also praised the declarations of intent that were announced with Germany to cooperate on hydrogen and liquefied natural gas (LNG).

Moreover, El Molla pointed to the importance of increasing German investments in Egypt in the field of petroleum exploration and production (E&P) to increase production and export the surplus to Europe.

For his part, Wenzel appreciated the Egyptian efforts to organize COP27. He noted that Germany has good experiences as well as the ability to produce ammonia in addition to studying future projects to a diverse source of natural gas.

At the end of the meeting, Wenzel invited El Molla to participate in Berlin Energy Transition Dialogue 2023.