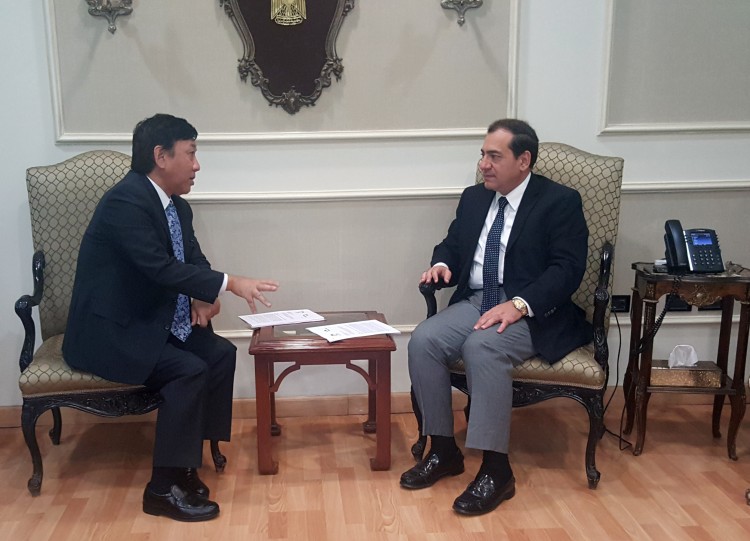 In a press release to Egypt Oil&Gas, Egyptian Minister of Petroleum and Mineral Resources, Tarek El Molla, met with Japan’s Ambassador to Cairo, Takehiro Kagawa, to discussed bilateral cooperation between the two countries along investments opportunities in the oil and gas sector.

This comes as Egypt is currently witness intensive work in regards to to establishing several petroleum projects in the fields of refining and petrochemicals. accordingly, Japanese firms bring their extensive expertise and advanced technological knowhow in executing such projects.

During the meeting, the Japanese Ambassador extended an invitation from the Japan’s Minister for Foreign Affairs and the Chairman of the Energy Charter Conference , Fumio Kishida, to Egypt to join the charter’s 27th meeting that will be held in Tokyo during November 2016. The conference will bring together oil and energy ministers from around the world.