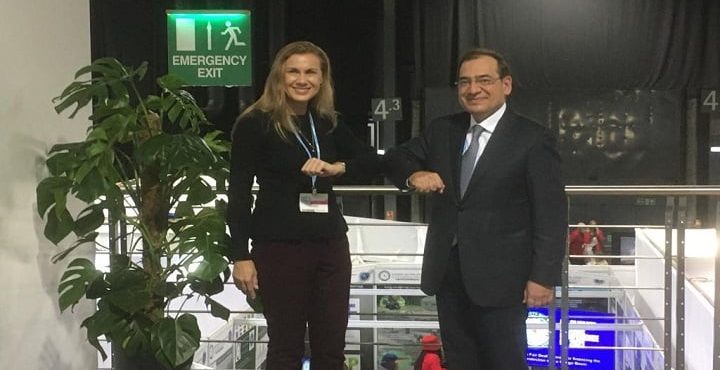 Minister of Petroleum and Mineral Resources, Tarek El Molla, met with the European Union (EU)’s Commissioner for Energy Kadri Simson, on the sidelines of the UN Climate Change Conference (COP26), held in Glasgow, Scotland, the ministry said in a statement.

The two energy leaders discussed cooperation and coordination between Egypt and the EU in the field of transporting and exporting natural gas to Europe within the framework of the East Mediterranean Gas Forum (EMGF), and through the Egyptian liquefaction and gas export plants on the Mediterranean coast.

The meeting further reviewed ways of cooperation with the EU to support Egypt’s hosting of the upcoming COP27 climate summit in Sharm El-Sheikh in 2022, within the framework of working to make this event a success.

During the meeting, Egypt’s role in the eastern Mediterranean region as a major supporter for the optimal exploitation of natural gas resources was discussed. Emphasis was placed on the fact that Egypt’s influence is significant in bringing prosperity to the people of the region and securing gas supplies to the European market.

Moreover, the meeting pointed out that Egypt’s unique infrastructure, which includes liquefaction and natural gas export factories on the Mediterranean coast, is an essential pillar in promoting plans to transfer natural gas to Europe.

The EU’s support for the EMFG since its first steps reflects the distinguished cooperation relations with Egypt, which launched the initiative to establish and host the forum in Cairo, El Molla highlighted. He also stressed the importance of cooperation with the European Union, especially since the European market is a main consumer of natural gas produced from the fields of the East Mediterranean.