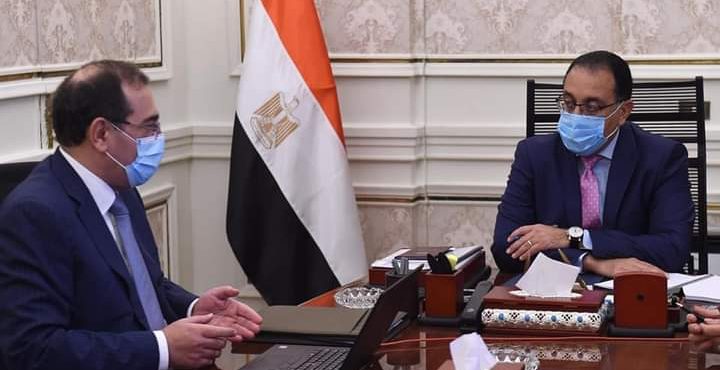 The Minister of Petroleum and Mineral Resources Tarek El Molla showcased the latest updates regarding the implementation of several petroleum projects during his meeting with Prime Minister Mostafa Madbouly, a statement from the ministry reported.

El Molla updated the Prime Minister on a number of projects under implementation, including the Midor refinery which aims to maximize the production of petroleum products by increasing current refining capacity from 100,000 to 160,000 barrels per day (bbl/d). This will be done by adding new five units and expanding some of the existing units.

Regarding the Red Sea Petrochemical Complex, El Molla explained the general plan for the project’s units and the implementation situation during the last period, including an air distillation complex.

Moreover, the meeting discussed the latest updates of using compressed natural gas (CNG) as a fuel project and the establishment of natural gas stations for cars. El Molla stated that the ministry plans to operate 1000 stations.