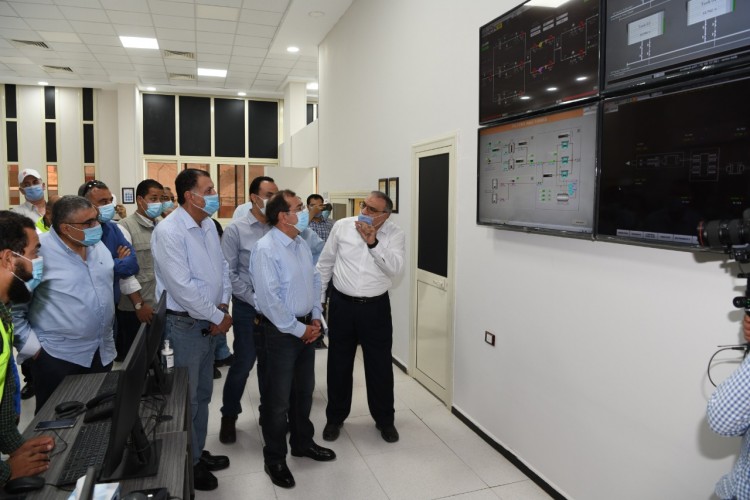 The Minister of Petroleum and Mineral Resources, Tarek El Molla, has inspected the new EGP 920 million 115 kilometers (km) Sokhna-El Tebbin pipeline project for the circulation of petroleum products, according to a statement.

The project maximizes the pivotal role of Sokhna ports in petroleum products’ circulation to Greater Cairo, El Tebeen, and Upper Egypt. The pipeline has a high rate of handling supplies, equivalent to 20,000 tons per day, which is highest among the network of pipelines.

The pipeline is equipped with a fiber-optic cable to detect violations by transferring real-time data to increase the efficiency of projects. Petrojet has carried out that part to maximize the local component in the implementation of petroleum projects.

El Molla stated that the project is essential in expanding the pipelines’ national grid and transporting petroleum products from Sokhna to Upper Egypt directly for the first time, in addition to feeding the consumption areas in Greater Cairo.  El Molla added that the grid’s expansion increases the transportation capacity to consumption areas.

The minister also checked Petroleum Pipeline Company’s (PPC) petroleum products storage project in Sokhna, where construction works were implemented by Petrojet. Emad Abdelkader, PPC’s Chairman, mentioned that expansions of the Sokhna station were valued at EGP 730 million; and it includes four warehouses, push pumps, and firefighting depots. He added that PPC is also establishing an exchange control center for the Supervisory Control and Data Acquisition (SCADA) and the Lens Data System (LDS) systems to manage the pipelines’ national grid and linking it with the main center in Mostorod.