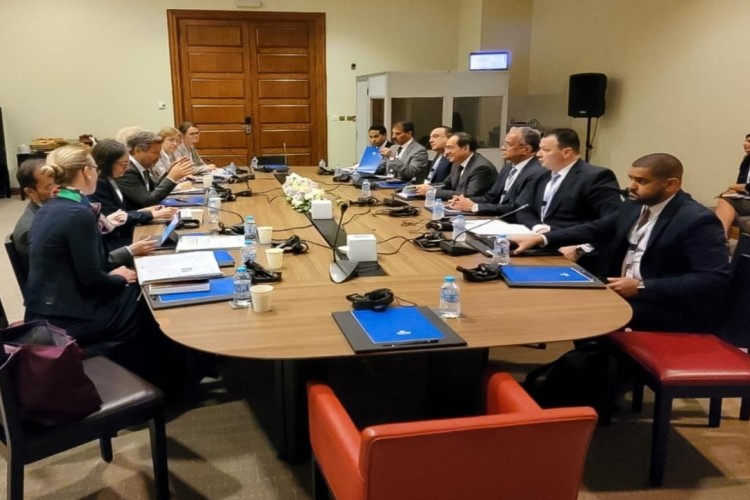 On the sidelines of the MENA Europe Future Energy Dialogue hosted by Jordan, Minister of Petroleum and Mineral Resources Tarek El Molla held a series of bilateral meetings with a number of European ministers from Germany, Belgium and Bulgaria.

In his meeting with the German Minister of Economic Affairs and Climate Action Robert Habeck, El Molla discussed the latest developments in global energy markets and their impact on climate and energy, as well as Egypt’s preparations for a climate summit in November, which Egypt will host on behalf of Africa. They also discussed ways to harness Germany’s expertise in energy transition and emissions reduction to support Egypt’s efforts.