El Molla: GECF’s Meeting Targets to Have an Effective Role in Energy Transition 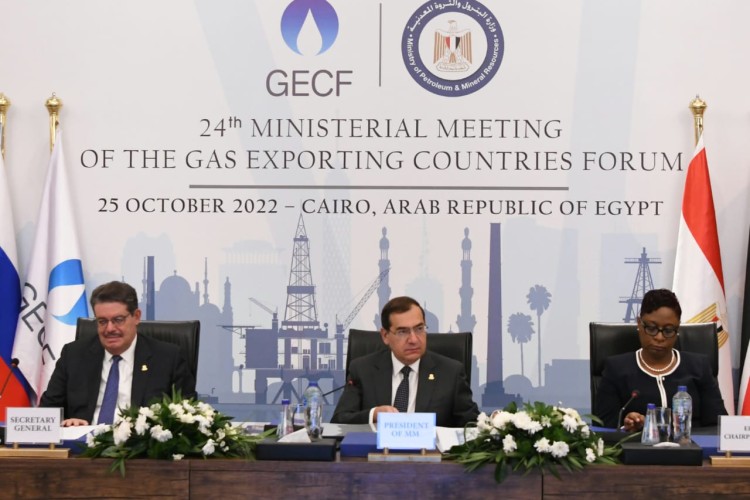 Minister of Petroleum and Mineral Resources Tarek El Molla affirmed that the ministerial meeting of the Gas Exporting Countries Forum (GECF) targets to have an effective role in directing the dynamics of the energy transition, especially regarding natural gas as well as boosting the relationship between the forum’s member countries.

The minister said that during his opening speech at the 24th ministerial meeting of GECF which is being held in Egypt with the participation of energy ministers of member countries including Algeria, Bolivia, Equatorial Guinea, Iran, Libya, Nigeria, Qatar, Russia, Trinidad, Tobago and Venezuela. Also, the meeting involved observer countries including Angola, Azerbaijan, Mozambique, Norway, Peru and UAE.

El Molla stated that the current challenges happening around the world have caused disturbance to energy markets combined with the global desire to overcome climate change and achieve energy security to move towards sustainable development.

El Molla noted that energy security and climate safety are complementary goals. “Whenever we take steps to confront the climate challenge, this will ensure the achievement of energy security and thus reduce its costs,” he said. El Molla advised to accelerate the adaption and exploitation of every opportunity for the energy transition.

The minister highlighted the key role of natural gas globally and in the energy mix, emphasizing that it is a key solution to help strike the balance between global economic demands and environmental circumstances as well as facilitate the energy transition process.

El Molla pointed to the importance of teamwork confirming that Egypt is keen on boosting cooperation to achieve common interests for all people. He praised the role of the forum in unifying the natural gas stakeholders under one platform. The minister said that COP27 summit which will be held in November at Sharm El Shiekh, will dedicate a day to carbon emission reduction.