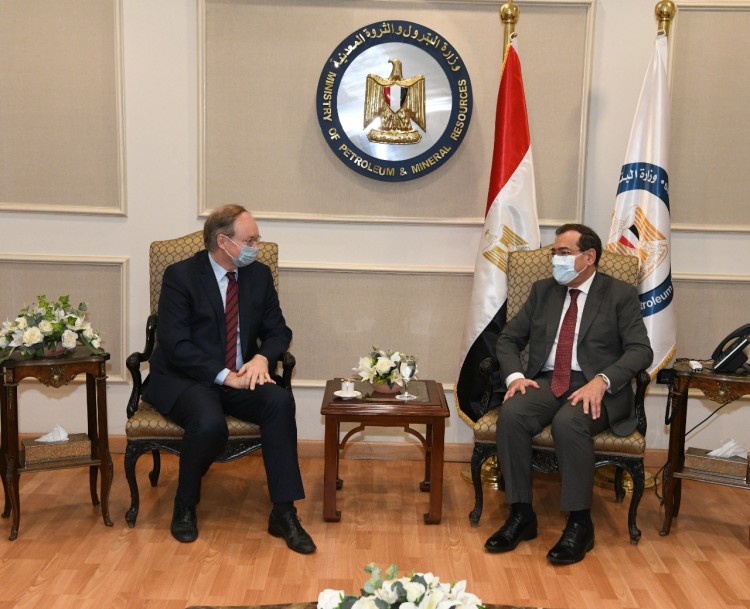 The Minister of Petroleum and Mineral Resources, Tarek El Molla, has met the newly appointed European Union (EU) Ambassador to Egypt, Christian Berger, to discuss their partnership in the energy sector and how to boost it during the upcoming period, a press release reported.

The meeting reviewed the significant relations between the two sides since the signature of the memorandum of understanding (MoU) in April 2018. El Molla noted that EU is one of the biggest supporters to Egypt in the petroleum sector, helping it to become a regional hub for trading oil and gas. Additionally, El Molla checked with Berger the current situation of the EU fund to Egypt Energy Strategy 2035.

For his part, Berger said that Egypt is on the top of EU priorities to enhance the partnerships, pointing to the efforts of Egypt in the East Mediterranean region especially the establishment of East Mediterranean Gas Forum (EMGF) which positively affects regional cooperation. He called El Molla to conduct a virtual meeting with the European Commissioner for Energy, Kadri Simson, to discuss more cooperation.

In the same context, the two sides showcased the situation of using Hydrogen as a source of energy which is one of the cooperation areas between them during the coming period.