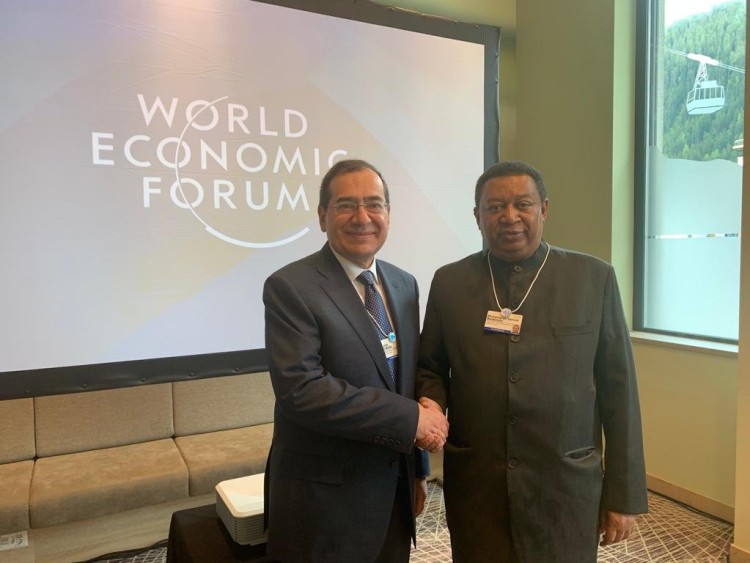 In a meeting held on the sidelines of his participation in the World Economic Forum in Davos, Minister of Petroleum and Mineral Resources Tarek El Molla expressed Egypt’s appreciation to OPEC Secretary-General Mohammad Barkindo for his efforts as his term as the organization’s leader comes to a close in July 2022.

He added that Barkindo contributed to leading the organization to play its vital role in stabilizing the market and achieving the desired balance, especially after the corona pandemic.

During the meeting, the global oil market’s status and the repercussions of political factors on price levels were discussed. The two energy leaders further discussed ways to address these repercussions.