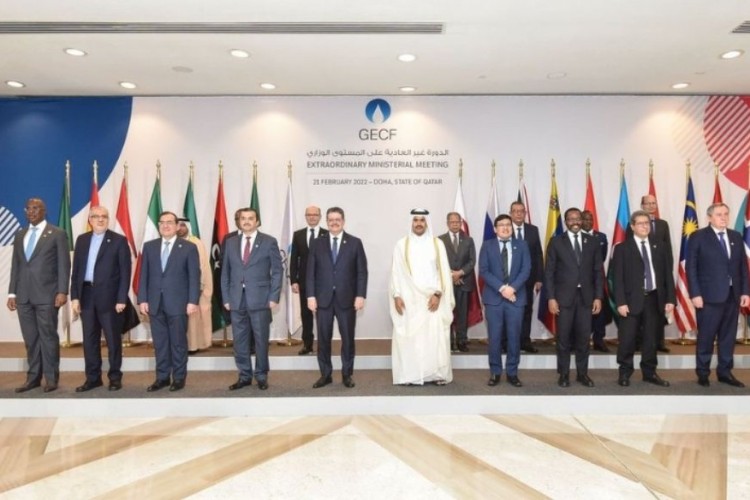 As Egyptian Minister of Petroleum and Mineral Resources and Chairman of the Ministerial Council of the Gas Exporting Countries Forum (GECF) in its current session, Tarek El Molla delivered Egypt’s speech at the ministerial meeting of the forum, which was held prior to the sixth summit of GECF’s heads of state and government summit, the ministry announced.

He stated that God has willed to endow Egypt with unique qualities and an ancient civilization that spans thousands of years. These gifts were coupled with many challenges. The history of Egypt bears a long record of stories of struggle and victory. The great Egyptian people have always been able to overcome the battle of construction and development in order to build their beloved homeland. Therefore, the issue of economic reform was a priority on the government’s agenda.

The state, with its institutions and experts, was able to develop an integrated strategy and vision in this regard, and began implementing a program for reform and improving the efficiency of state institutions that takes into account social aspects and achieves the desired justice and development.

During the speech, El Molla stated that the present and its challenges did not distract us from working within the framework of the vision of building the future and formulating it in a way that paves the way for a better life for future generations.

Egypt’s Vision 2030 was the national vision that includes all areas of national action, which was implemented with determination to come to the next generation who will bear the responsibility of the country to complete the next steps and raise the foundations of a new Egypt, El Molla noted.

During the ministerial meeting, El Molla stressed the importance of the efforts of the GECF in enhancing the role of natural gas, which will facilitate gradual energy transition in order to reduce emissions. He noted that the Forum represents an important platform for cooperation and dialogue within the gas industry, and its members have an estimated 70% of the total proven reserves of gas in the world.

The common goal that unites the Forum countries is to provide natural gas resources in an environmentally responsible manner with minimal impact on the climate, El Molla pointed out.

El Molla also indicated that Egypt will host the ministerial meeting of the Forum this year.