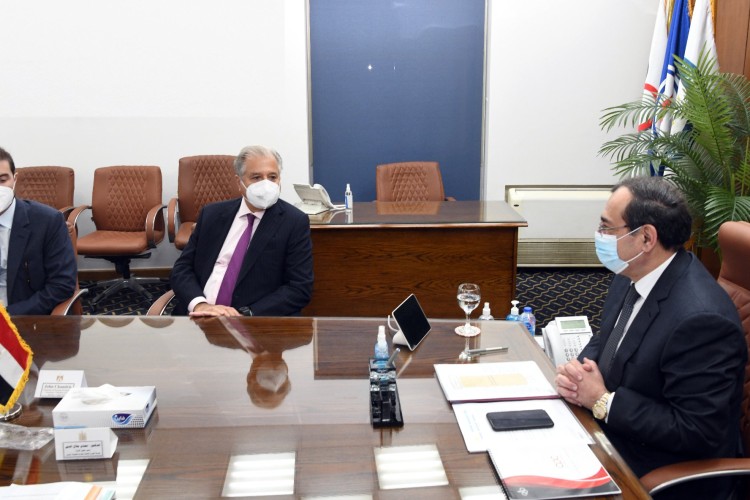 The meeting reviewed the investment opportunities available in the oil and gas sector, especially in the field of maritime transport and ship supply, in light of the strong desire of the company to increase its activity and investments in Egypt. Expanding the activity of transporting liquefied gas in light of the rise in global oil and gas prices and the increasing global demand, especially for liquefied natural gas (LNG).

During the meeting, El Molla stated that Egypt’s success in achieving self-sufficiency in natural gas and the presence of a surplus opened great prospects for expansion in value-added industries, in addition to the strong growth of trade and circulation of liquefied gas in light of the increasing global demand for natural gas, which many countries considered the most important fossil fuel in recent years and the best transitional fuel during the energy transition period.

The minister referred to the initiative launched by the Eastern Mediterranean Gas Forum (EMGF) to supply ships with liquefied gas within the framework of the global trend to preserve the environment and reduce emissions.

Chandris confirmed that the group is willing to invest in projects to establish warehouses for supplying ships with liquefied gas within the framework of the forum’s initiative. He further highlighted the importance of the fruitful partnership with the Egyptian petroleum sector, and his appreciation for the cooperation with the Egyptian General Petroleum Corporation (EGPC) in the field of crude oil transportation, in addition to its partnership through its subsidiary Pyramid Navigation Company with the Egyptian Natural Gas Holding Company (EGAS), GASCO and marine petroleum services in Eagle Gas operating in the field of LNG transportation.

Chandris indicated that the group has recently enhanced its fleet of ships with new and advanced tankers in order to expand in all areas and activities of liquefied gas.