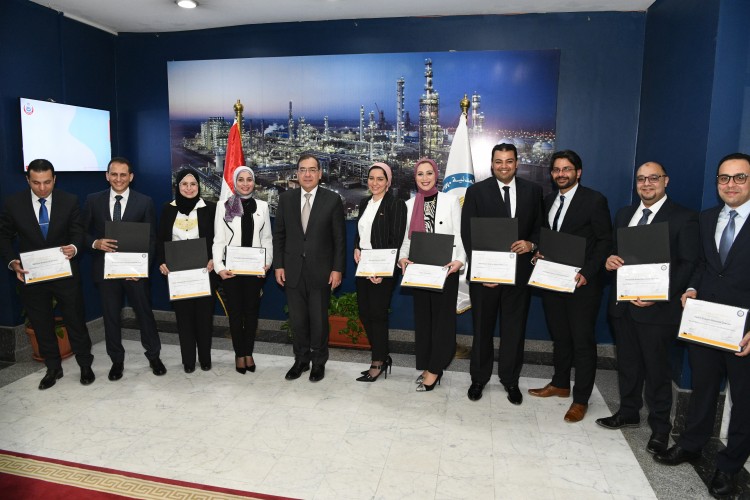 Minister of Petroleum and Mineral Resources, Tarek El Molla, witnessed the honor ceremony held for the first batch graduated from the Business Leadership Program in the field of the international energy industry in cooperation with Italian Eni company, a press release stated.

During the ceremony, El Molla said that this program is a part of the development of human resources programs that aimed at qualifying the young cadres to hold leadership positions in order to sustain the oil sector in achieving outstanding results in the future.

The minister also praised the efforts of Eni, which has been a strategic partner  for more than 60 years, and thanked it for its role in this program as well as its commitment to train the cadres both inside and outside Egypt despite the pandemic challenges.

Meanwhile, the general manager of Eni hailed the Egyptian petroleum ministry for its efforts to provide facilities to enhance the skills of young cadres . He also congratulated the team on achieving success despite  COVID-19 pandemic threats.

At the end of the ceremony, El Molla delivered the certificates to the graduates who praised the support of the ministry and asserted that this program helped them in gaining more technical and administrative skills necessary for the professional life.