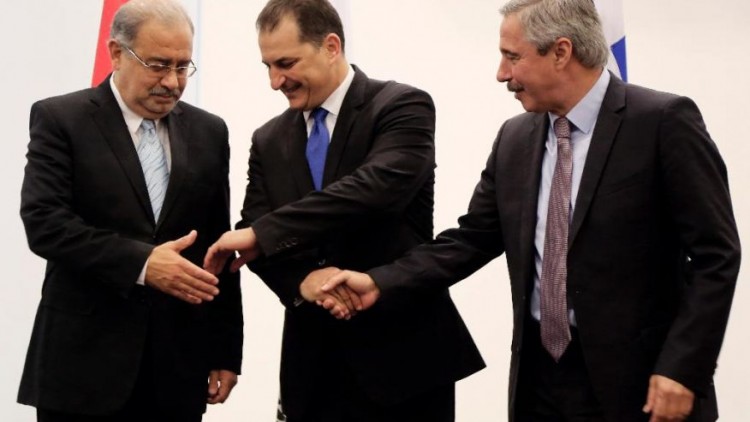 The total bill for fuel subsidies during the first half of the current fiscal year (July to December 2014) was EGP 7.44 billion pounds, said Minister of Petroleum and Mineral Resource Sherif Ismail in an interview with El-Mal newspaper.

When asked about the decline in global oil prices, the minister replied that it will reduce the total subsidies bill to between EGP 70-75 billion if oil prices remain at current levels. That being said, the burden on the state is still significant because oil prices have remained high for a long time the previous year. This means that the reduction in the subsidies bill will not be transformed immediately into extra government liquidity, he explained. Many government agencies still have trouble paying for petroleum expenses, he added. As for the government plans to reform the pricing of energy, he insisted this would continue unabated over the next five to six years. The objective is to make sure that subsidies actually go to those most deserving, increasing spending on public services and heading off any negative effects on GDP and inflation. The total subsidy bill for the 2014/2015 budget was about EGP 100 billion.

Minister Ismail went on to praise the Arabian Gulf states for their support, saying that Saudi Arabia, Kuwait and the UAE provided roughly $8.9 billion worth of Egypt’s petroleum needs from July to October of fiscal year 2014/2015. This went a long way towards satisfying Egypt’s remaining domestic derivatives requirements.

El-Mal also asked about plans to establish an independent regulator for the oil and gas sector. The minister said that the government, represented by the Ministry of Petroleum, intended to create a new agency in order to develop a model agreement for activities in the natural gas sector, such as transportation, distribution, and storage. Additionally, the agency would also issue model licenses for the initiation of activities and put in place mechanisms to calculate tariffs on transportation, distribution and storage and review their implementation to insure that all sides have an agreement benefit.

The new body would be tasked with reviewing natural gas law drafts and follow-up on their implementation, Ismail added. Other tasks include the provision of technical advice and recommendations to the authority in question. As well as the drawing up of the organizational structure, financial, and administrative regulations for the organization charge of gas facilities. The agency will also be charged with determining its own requirements to properly carry out its tasks, and establish mechanisms to govern the relationship between actors in the gas market in accordance with the provisions of laws and decrees and regulations in force in Egypt.