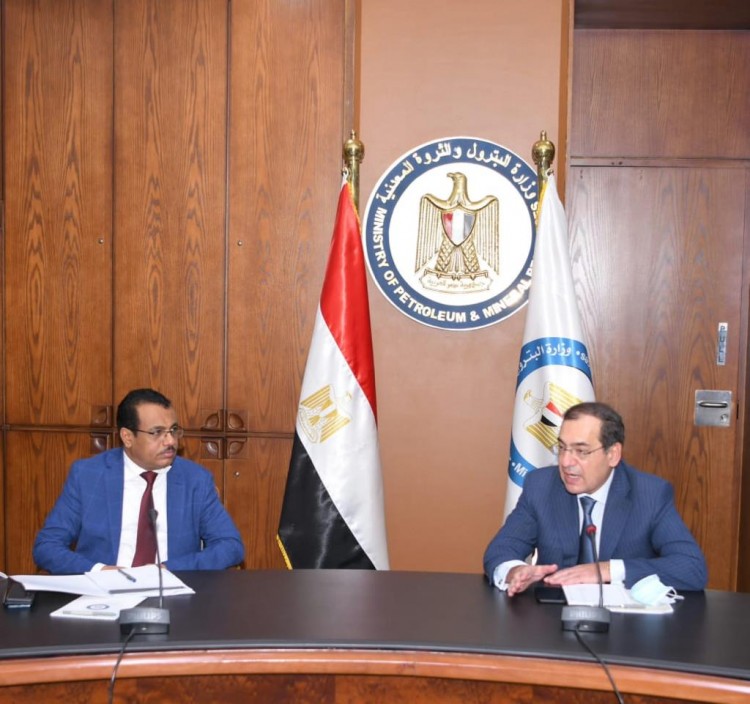 Minister of Petroleum and Mineral Resources Tarek El Molla met with his Yemeni counterpart, Abdul Salam Baaboud and his accompanying delegation to discuss possible cooperation opportunities in the fields of oil, natural gas and mining, the ministry said in a press release.

The meeting, as El Molla explained, is within the framework of bilateral cooperation between the two  countries and is part of an official visit by the new Yemeni government which began yesterday with a meeting between Egyptian Prime Minister  Mostafa Madbouly and Yemeni Prime Minister Maeen Abdulmalik Saeed.

During the meeting, El Molla stressed Egypt’s readiness to provide Yemen with all the capabilities needed in order to promote the oil and mining sector, following the challenges it has experienced in recent years.

Discussions also highlighted the  measures that were taken to resolve energy challenges in Egypt. The energy sector was weighed down by the period of instability that started in 2011. After overcoming the challenges, Egypt has come a long way in the fields of research, exploration, refining and others.

For his part, Baaboud emphasized the depth of the Egyptian-Yemeni relations and referred to Yemen’s endeavor to benefit from Egypt’s success story. He added that Egypt has had impressive accomplishments under El Molla’s leadership as Minister of Petroleum, in areas such as investments opportunities, exploration and production (E&P) and natural gas production.