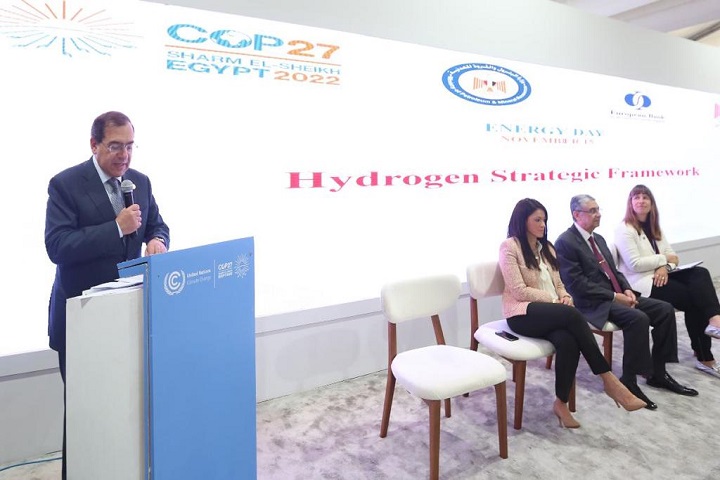 Minister of Petroleum and Mineral Resources Tarek El Molla has announced the launch of the Hydrogen Strategic Framework at COP27, affirming that low-carbon hydrogen is a sustainable tool for energy diversity and finding a flexible energy system.

El Molla elaborated that Egypt has the needed infrastructure to fulfill the increased demand for energy security.

The minister stated also that the announcement of this strategy is a primary step towards achieving Egypt’s vision to have an interactive role in the low carbon hydrogen economy by utilizing its assets and resources of new and renewable energy as well as its strategic location and human cadres.

Moreover, El Molla added that developing the national strategic low hydrogen carbon framework is a model for the distinguished cooperation between the Egyptian ministries and the European Bank for Reconstruction and Development (EBRD). At the end of the meeting, El Molla witnessed the signature of several agreements for green hydrogen production.