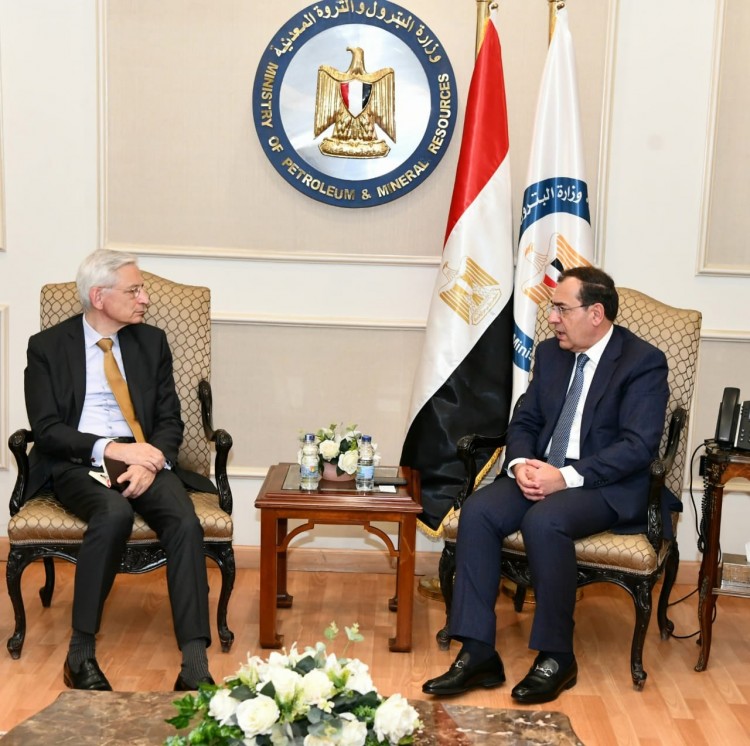 Minister of Petroleum Tarek El Molla met with French Ambassador to Egypt Marc Baréty to discuss joint cooperation in the oil and gas sector, the ministry said in a statement.

El Molla congratulated the French ambassador on assuming his new duties in Cairo, pointing out that the relations between Egypt and France are long, solid, and have witnessed great development and remarkable momentum in recent years. El Molla added that this reflects the distinguished relations between Presidents Abdel Fattah El Sisi and French President Emmanuel Macron, as well as their keenness to strengthen joint ties and cooperation between the two countries.

The minister further highlighted the success of Egyptian Prime Minister Mostafa Madbouly’s Paris visit, which reflected the common interest in consolidating the Egyptian-French partnership in all fields and enhancing joint investment between the two sides.

El-Molla and Baréty reviewed the current cooperation situation with a number of French companies to implement new projects in the Egyptian oil and gas sector. The discussion highlighted the manufacturing licenses for the Red Sea Petrochemical Complex, the largest petrochemical project to be established in Egypt and Africa, which is operated by the French engineering leader, Axens.

The meeting further reviewed areas of cooperation with other French companies, led by the French energy giant Total Energies, which was keen to diversify its investments in Egypt. This didn’t only include areas of fuel distribution and circulation, but also involves the search for natural gas in new and promising areas in the Mediterranean.