Dana Gas to Ramp up Production in Egypt 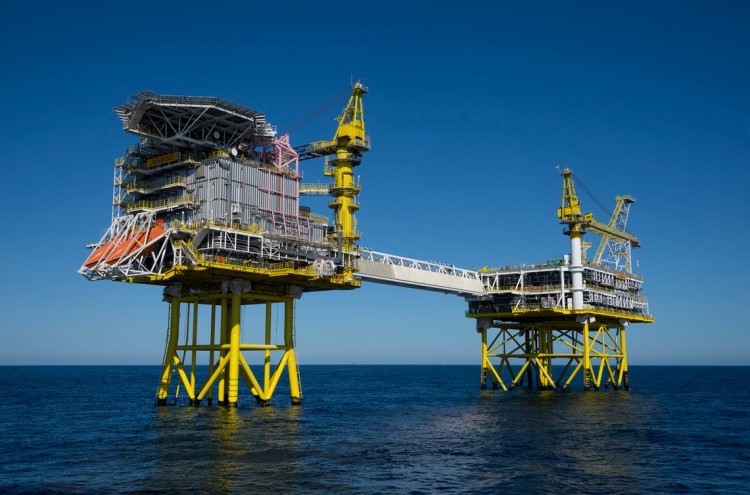 Dana Gas is on track to produce 40 million cubic feet of gas from the Zora field in Sharjah and ramp up production in Egypt this year, the company’s chief executive said.

“The infrastructure is sized for 40 million standard cubic feet of gas per day, and that’s what we expect to be able to produce from the reservoirs fairly quickly after gas comes on stream in a couple of months,” said Patrick Allman-Ward.

Gas from the Zora field, located in the waters off Sharjah and Ajman, will be used for power generation.

In Egypt, the company is hoping to increase production as it implements an agreement with the government signed in September last year, solving the problems of arrears.

Mr Allman-Ward said at the Egypt The Future conference last month that these arrears stood at US$185 million, down from about $300m last October.

Egypt signed a number of deals with energy companies at the summit as part of attempts to address the country’s worsening energy crisis, which has been a major drag on the economy and a source of political unrest.

The agreement with Dana Gas allows the Abu Dhabi-listed company to lift production and gradually recover its outstanding receivables from the incremental production of light oil or condensate, which is found in gasfields operated by the company. The deal involves increasing production from current levels of more than 40,000 barrels of oil equivalent per day from the company’s operations in the Nile Delta. Peak production is expected to occur in 2017, with incremental daily production of about 160 million cubic feet of gas per day and 5,600 bpd of condensate.

The Egyptian government pays Dana Gas a fixed rate of $2.65 per million British thermal units for gas, while condensate is sold on international markets. Condensate is usually sold at a price higher than normal crude.

“We are looking forward to activities in Egypt ramping up and seeing that in terms of increased production before the end of the year,” said Mr Allman-Ward.

“We have contracted three rigs. We are confident that we will be spudding our first well in May this year, and that will be the beginning of a full programme of drilling activities on all three rigs for the next 24 months.”

Dana Gas is not likely to be affected by the merger of Royal Dutch Shell and BG Group, which have operations in Egypt, he said.

The company, which also operates in Iraq’s Kurdish region, is producing about 72,000 boepd, he said. Dana Gas in February reported a net loss of $4m for the fourth quarter of last year, compared with a $35m profit a year earlier on lower oil prices.

Overall group net production last year increased by 5 per cent to 68,900 boepd as compared to average production of 64,700 boepd in 2013.