The signing ceremony was aired live on Egyptian state-owned television, according to BBC.

According to the contract, Rosatom will construct four VVER-1200 units of El Dabaa nuclear power plant in Matrouh, Egypt, on the Mediterranean coast. The Russian Firm will also supply nuclear fuel throughout the plant’s entire operational lifetime.

The nuclear plant will ensure competitive electricity pricing in Egypt over a period of 60 years.  Rosatom will also provide personnel training and will help its Egyptian partners in the operation and maintenance of the nuclear plant for the first ten years of its operation.

As part of another contract between Egypt and Russia, Rosatom will build a purpose-built supply and storage containers to help store spent fuel.

The first unit of the El Dabaa plant is planned to be commissioned in 2026.

Rosatom stated that the nuclear plant will cost around $21 billion adding that it is expected to be complete by 2028-2029, according to Reuters.

‘The contracts we’ve signed are a record-breaking deal in the history of the nuclear industry. The total cost of all four contracts amounts to billions of US dollars, also being the biggest nonfeedstock deal in Russian history. We offered our partners in Egypt a unique comprehensive agreement that spans the power plant’s entire life cycle, i.e. 70 to 80 years. Today Rosatom is the only company in the world that is capable of providing the full range of peaceful nuclear services. The development of Egypt’s nuclear power industry is also important to Russia’s economy as dozens of Rosatom enterprises will be awarded significant contracts and will have an opportunity to showcase to the global community the advantage of Russian nuclear technologies’, said the  Director General of Rosatom, Alexey Likhachev. 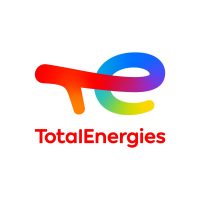