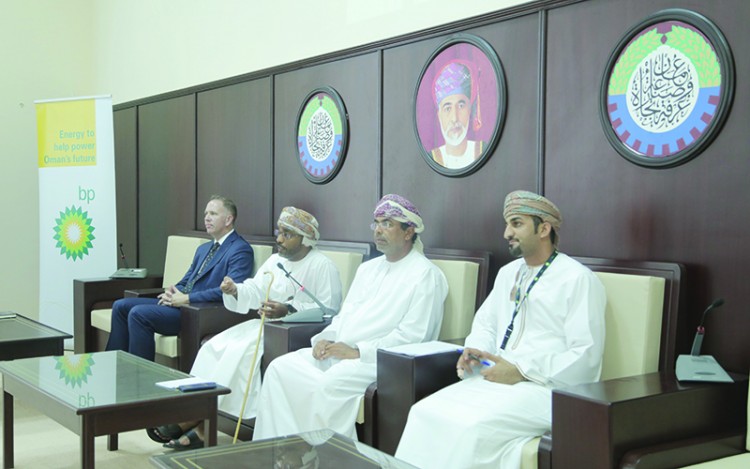 BP Oman will complete 16 wells in the Khazzan tight gas field and will have at least nine rigs in operation by the end of this year, in line with its commitment to meet a 2017 target to deliver first gas, said a senior official.

BP recently joined a list of energy giants planning to cut global capital expenditure this year in a bid to counter the impact of plunging oil prices and a fall in profits, but Dave Campbell, chief operating officer, BP Oman, says that the decision will not affect the ongoing project in central Oman.

The Khazzan project is on track, on budget and on schedule, Campbell told Times of Oman in an exclusive interview, noting that BP Oman is all set to increase drilling activity in the technically challenging natural gas field.

Five rigs are operational at the moment and several rigs will be added soon, he said, adding that there will be at least nine rigs in operation by the end of 2015.

The Khazzan project represents the first phase in the development of one of the Middle East region’s largest unconventional tight gas accumulations, which has the potential to be a major new source of gas supply for Oman over many decades.

The Khazzan project involves drilling around 300 wells over 15 years and will achieve production of around one bcf/d of gas, equivalent to an increase of around a third of Oman’s total daily domestic gas supply.

According to Campbell, since the agreements for the development of the Khazzan project in Block 61 were ratified in a Royal Decree in February 2014, four development wells have been drilled, completed and stimulated.

“We have made good progress to date and this year, we will start 20 and will complete 16 wells,” he said, adding that 14 wells are planned to be fractured and stimulated in 2015.

In addition, Campbell said that in view of lower oil prices, BP Oman is working with Oman’s Ministry of Oil and Gas to become more efficient and eliminate waste and reduce costs without compromising on safety.

Asked about the main challenges facing BP Oman, the official said that safety is the biggest challenge and that is why strict rules and regulations have been put in place to ensure the safety of staff.

BP Oman adheres to goals of no accidents, no harm to people and no damage to the environment, Campbell said.

In April 2014, the operations team submitted an entry on the ‘In Vehicle Monitoring System (IVMS) and the safety behaviours around driving in Oman’.

This project was executed to address one of the highest hazards in Oman – driving.

Through this project, BP Oman managed to drive over six million kilometres without a serious road accident or any injuries. This is an equivalent of eight times to the moon and back.

The report describes the actions that BP will take to sustain the environment, ensure safety, and protect society while operating the Khazzan project, and provides details of BP’s commitments and engagements in a transparent manner, Campbell noted.