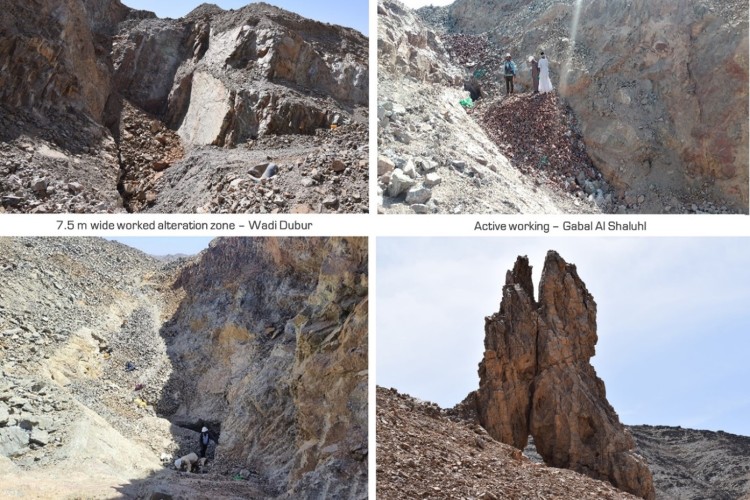 Altus Strategies announced that it has discovered multiple high grade gold prospects from reconnaissance sampling across all four of its current projects in Egypt.

The company added that more than 100 hard rock artisanal gold workings mapped with grades up to 100 grams per tonne (g/t) gold.

Steven Poulton, CEO of Altus, commented: “There are few gold opportunities globally today that are as exciting as those presented in the world-renowned Nubian Shield geology of the Eastern Desert of Egypt. I am delighted to report that Altus has not only established a robust portfolio of highly prospective projects in this province, now totalling almost 2,000 km2, but that our maiden exploration results indicate that we may already be on the tail of a number of potentially significant hard rock gold discoveries.”

The company said that it has also been awarded two further gold (“Au”) exploration licenses which will increase the company’s aggregate holdings in Egypt to 1,914 square kilometers.

In this regard, Poulton added “The Company is also pleased to report that it has been awarded two further projects totalling 349 km2 in the Eastern Desert of Egypt.”

“These projects were applied for based on their significant prospectivity for potential gold discoveries, as defined by the Company’s proprietary remote sensing and geological database. They have been granted by the Egyptian Mineral Resource Authority under Egypt’s second international competitive bid round,” he explained.

It should be noted that all the Altus’ licenses in Egypt are located in the highly prospective Eastern Desert and are held by its subsidiary Akh Gold Ltd (“Akh Gold”).