Where Environmental CSR and Profitability Intersect 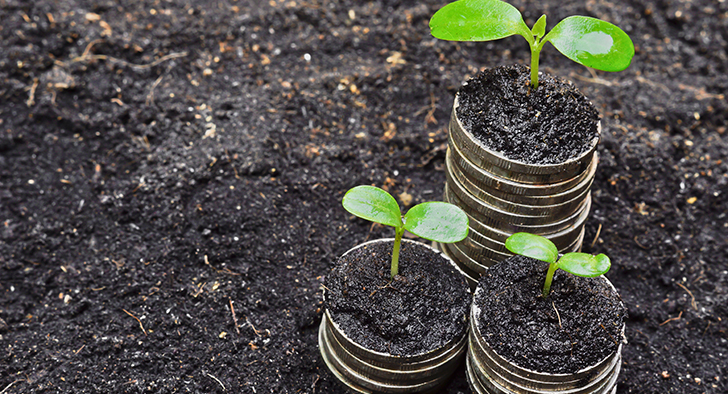 The hydrocarbon industry involves intensive activities that have the potential to bring significant environmental transformations. Fossil fuel burning, incidents of oil spills, and the myriad of damages inflicted by the energy sector have long created on and off conflicts between oil companies and local communities.

The prospects for the oil corporate-local community conflicts to exacerbate further are high when private companies’ interests and indemnifications for affected people are perceived incompatible.

This raises the question of whether oil giants can contain the discontent in host communities amid operations, which is obviously a delicate balance to strike, while maintaining their profits, as the core of their investments protection strategies.

The oil and gas sector has been among those championing corporate social responsibility, partly due to the visible negative effects of day-to-day operations. However, unlike development agencies, oil firms tend to focus on profit-maximizing projects which are often seen as controversial in comparison to best practices, especially with regard to environmental concerns. Costly environmental CSR plays an important role in relation to profit generation, which, in a highly competitive market, is a major challenge that the industry, as a whole, faces.

Environmentally friendly practices necessarily inflate the oil companies’ economics. For example, Shell Petroleum Development Company (SPDC) in Nigeria has provided $22.85 million of a total $71 million to local community CSR projects. Similarly, in light of preserving the unique ecosystems and biodiversity of the environments in which it operates, Baker Hughes had reserved $35 million for remediation at 71 sites, including $3 million for superfund liabilities. Cash spending totaled about $9 million, as the company’s 2014 annual report on corporate social responsibility informed.

Some experts, therefore, argue that profit and efficient CSR projects are at odds. A jurist and an economist, Richard Posner, wrote in his book Economic Analysis of Law, that CSR makes little sense from an economic perspective as committing to any goals other than profitability will result in the firm’s shrinking. The Wall Street Journal analysis – The Case against Corporate Social Responsibility – published in 2010 emphasized that if profit and social welfare are not aligned, corporate social responsibility will not be appealing since firms are not likely to act in favor of the public interest against their shareholders.

Putting forward costly CSR projects, even more so in the currently unfavorable oil price climate, is, however, as seeing only one side of the equation, which with time will likely prove less viable as a strategy. Oil and gas companies may instead find that investing in purposefully tailored environmental CSR actions can boost their revenues in a long term and better protect their assets.

As CSR projects require a separate budget, does it mean that firms complying with social responsibility activities are not taking the route towards profit maximization? The answer is no. CSR has proved to be a profit-maximizing approach in spite of recurrent costs that social projects may impose. It has rather become a business enabler. Strategically planned environmentally-oriented CSR actions bring more profit for a company in lieu of publicly appealing initiative being just an act of temporary altruism or community service.

This rationale is, however, often neglected. Yet, to date, some executives have recognized the benefits of targeted CSR. They came to believe that CSR can, in fact, enhance profits and protect investments.

Baker Hughes has long monitored and set goals to improve company’s performance in the area of spill avoidance, which, in turn, has minimized its environmental costs. Total spill costs were approximately $3.5 million in 2014, which recorded a drop of 15% compared to $4.1 million in costs in the previous year. Similarly, in their approach towards effective waste management, the net gain of the company from recycling efforts hit $17 million.

Indeed, companies that commit to dynamic, flexible, efficient, and sustainable CSR projects are more likely to attract higher gains and can ensure that their funds are being used properly. According to Business Ethics, the study – The Economics and Politics of Corporate Social Performance – published in 2009 revealed that, for consumer industries, greater corporate social performance is associated with better corporate financial outcomes. This includes investments in new technologies that protect both the environment and companies’ resources.

According to BP’s official info graphs on its CSR, the company has most recently adopted an approach that is strictly testing oil spill response capabilities through newly developed technologies. In the Middle East, BP trialed the use of satellite imagery, a technology that monitors potential oil spills over large land areas and tracks clean-up response time. It has also tested the use of unmanned sea gliders to collect environmental data that would guarantee more effective and efficient responses in case of spills.

The company beats its own drum when it comes to mitigating air pollution caused by fossil fuel burning, getting its CSR in line with the global UN climate change obligations as defined by the Paris Agreement (COP21).

According to the 2015 figures published on BP’s official website, greenhouse gas emissions (GHG) recorded a slump compared to the amount of gas flared in 2011. Direct greenhouse gas emitted stood at 48.9 million tons (Mt) in 2015 compared to 61.8 Mt in 2011, while direct and indirect carbon dioxide emissions were reduced from 57.7 and 9.0Mt to 45.0 and 6.9Mt, respectively.

BP is also implementing methane management projects through a process called green completion. This process was successfully used in the US to capture natural gas, which would otherwise be flared or vented.

Similarly, Eni has mitigated its environmental impacts by adopting evaluations and projects for the protection of biodiversity. The company’s report Sustainable Development 2014 Progress published on its official website reveals that Eni has developed the Integrated Biodiversity Assessment Tool (IBAT), through which it has mapped its proximity to protected areas and endangered species.

Phase 2 of the ‘vilano biodiversity’ project developed in Ecuador and completed in 2014 has shown that despite the sensitivity of the ecological context, the activities in the Agip Oil Ecuador (AOE) field did not change the stability of the ecosystem. The treatment of the primary impact of AOE’s operations turned out to be feasible, effective, and relatively quick, and could potentially be extended to other similar operations. Furthermore, the project served to verify the feasibility and effectiveness of the best practices used to protect biodiversity and ecosystemic services in a sensitive area such as the Ecuadorian Amazon. What has largely contributed to the success of the project is that Eni has managed to secure a social license by involving local stakeholders such as the local organizations and the association of farmers throughout the project implementation process.

Adopting joint efforts by oil majors is another path to undertake. This shows serious involvement of oil companies in environmental responsibility. Eni is thus engaged as an external partner in BP’s strategy. BP and Eni have built up an oil spill joint response scheme, which reinforces maritime safety by mitigating the risk of any impact associated with oil spills. As a result, in 2014, the volume of operational oil spills was reduced from by 38% compared to 2013.

The linkage between responsible social and environmental conduct on one side and profit generation on the other is a complex one. Business Ethics demonstrated that CSR can promote respect for the firms in the global industry, which will eventually bring higher revenues and boost personnel loyalty, according to the article – Does Corporate Social Responsibility Increase Profit? – published in 2015.

CSR investments thus help save money as they may increase shareholders’ interest in a company in a long-term. Investments that reduce adverse environmental and social impacts and build productive relationships with external shareholders, aim to reduce liability and other risks as well. Helping society revitalize the environmental damages, as these CSR investments in the case of BP and ENI intend to do, may broaden stakeholders’ interest that would pay off in today’s transparent, connected world.

With increasing expectations placed on the energy sector, almost no large firm would want to be seen as un-engaging from CSR. It cannot be denied that companies failing to integrate effective socially responsible initiatives would expose their businesses at a considerable risk, whether CSR is deemed a force for good or merely a business survival tactic. Therefore, the recognition of environmentally responsible CSR as a business advantage should be deemed cardinal to instill acceptance among members of local communities, guarantee profits, and soothe criticism.