WHEN NATURAL GAS IS NOT ENOUGH: Diversifying Egypt’s Energy Mix 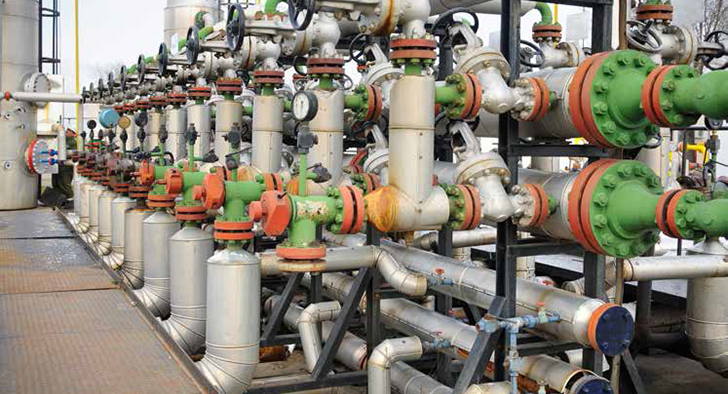 Egypt’s smothering summer months are old news, at least until May creeps back into our calendars. Yet the country’s worst energy crisis in decades continues to make the headlines. The second half of 2014 experienced plaguing power outages across the city, struggles to repay rising government debt, lagging foreign investment and a race to match natural gas production with domestic energy demand – all while juggling presidential elections, fuel subsidy reforms and a vulnerable industrial sector.

Egypt relies heavily on natural gas to fuel its power stations; in 2013 natural gas and oil accounted for 94% of the country’s total energy consumption, according to the Energy Information Administration (EIA). Egypt needs to reduce its dependency on hydrocarbons to attain sustainability and energy efficiency, and to achieve this, measures must be implemented to diversify Egypt’s energy mix.

“It will be a big mistake for any country to rely solely on hydrocarbons as the energy source,” stresses Magdi Nasrallah, professor at the Department of Petroleum and Energy Engineering at The American University in Cairo. “A reasonable energy mix is extremely important.” The government plans to increase the production of renewable energy to 5,000 megawatts by 2027 and so far it has succeeded in adding 500 megawatts, reported Al-Ahram.

The natural gas boom began in 1997 when an upsurge of natural gas discoveries in the Mediterranean and the West Delta came as Egypt´s answer to the decreasing crude oil production.

“Egypt is a relatively pristine land when it comes to hydrocarbon exploration and production,” informs Nasrallah. It became clear that Egypt’s rich natural gas discoveries could shift the oil paradigm and generate considerable wealth from exports. Consequently, the majority of power stations, fertilizer plants and cement mills have been fueled almost entirely by natural gas, accompanied by a rise of natural gas exports to make up for the decrease in crude oil exports.

The natural gas boom was short lived as political turmoil in Egypt made the country inhospitable for foreign investment. “The years of instability and the foreign debt rendered development of gas and oil fields extremely difficult,” explained Nasrallah. “The main challenges at the present time include political and security instability, subsidies, debt to foreign operating companies and reduced hydrocarbon production,” he concluded.

The Egyptian German Joint Committee on Renewable Energy and Energy Efficiency (JCEE) warns that Egypt’s extensive gas strategy is bound to reach its limits during the 2020s if measures are not implemented to rethink consumption, attract investment and explore alternative sources.

According to JCEE, Egypt will need to reconsider gas exports and successively replace domestic with imported natural gas to maintain its high use of natural gas. EGPC and EGAS have acted by importing liquefied natural gas (LNG) and are taking measures to meet growing domestic demand. Both state-led companies have made agreements with companies like Norway´s Hoegh, Algeria´s SONATRACH, and Russia´s Gazprom to guarantee the necessary technology to handle subsequent LNG shipments.

¨This is just a temporary problem,” said Maged Mahmoud, energy expert at the Regional Center for Renewable Energy and Energy Efficiency (RCREEE). Egypt has set a target of 20% of its energy to come from renewable sources by 2020. “This target is not difficult to achieve specially after adapting the new feed-in tariff scheme,” he said, “which sets a reasonable price for renewable electricity.¨

The feed-in tariff was implemented in mid-September by the Ministry of Electricity to invite foreign and private investment into the field of renewable energy. The energy tariff is divided into five categories, each tailored to different usages. The prices range from EGP 0.84 for 200 kilowatts of usage to EGP 1.02 per kilowatt-hour for 20-50 MW. The new tariff system also reduces customs on new and renewable energy production supplies by 2% and sets bank financing at 40-60%.

Furthermore, the government plans to generate 2,000 megawatts from wind energy and 2,300 megawatts from solar within the next two years, added Mahmoud. This initiative, along with the gradual removal of subsidies on energy, should incentivize foreign investment by making renewable energy more competitive and profitable.

The continued reliance on natural gas to meet energy demand may not be successful in the long run if foreign investment doesn’t boost production. Policymakers are striving towards diversifying the energy mix by creating the adequate environment to attract foreign investment. “If we do our best in this particular moment in history, then the problem of lack of investment can be solved by maximum 2020,¨ predicts Mahmoud.

Renewable energy is no longer a bold move but an obligation. Big economies such as the United States and China are resorting to renewable energy as an answer to fluctuating oil and natural gas prices and conservation.

“Egypt needs to change the paradigm,” said Nasrallah. “Current hydrocarbon resources are insufficient and polluting, in addition, the real added value of hydrocarbons is in processing to petrochemicals and not combustion provided that alternative resources are available,” he finished. Studies show that renewable energy sources could supply up to 30% of the global energy supply by 2050, “maintaining a reliable, affordable, and much cleaner electricity system.¨

The need for cleaner and more sustainable energy systems is imperative, especially from an environmental point of view. According to the Union of Concerned Scientists (UCS), the share of emissions from natural gas is increasing at a fast pace, with the EIA projecting an increase of electricity related CO2 emissions to rise by 12% from 2012 levels by 2040.

Despite environmental concerns, coal is also being considered as an alternative to fossil fuels. ¨Allowing companies to import coal is a step in the right direction,” said Nasrallah, “provided that all environmental codes are strictly applied.¨ The diversion of natural gas into the electricity sector has put the country´s factories in a difficult position. Jose Maria Magrina, CEO of the Arabian Cement Company told Al-Ahram last August, that the inability of the government to provide natural gas led to a 30% drop in production, resulting in higher prices in the local market. The same goes for state-owned Delta Company for Fertilizers and Chemical Industries, who had to cut production by 15%.

Importing coal to relieve pressure from natural gas as the main generator of electricity can be risky, as coal is still a high pollutant. Natural gas emits around 800 pounds of CO2 per megawatt hour – 50% to 60% lower than the emissions from a typical coal plant, according to UCS.

Nonetheless, Egypt is following the world’s departure from fossil fuels as the only source of energy and transitioning slowly into renewable energy. For example, “Egypt is number one in the Arab World in terms of wind energy generation,” Mahmoud said, “producing 750 wind megawatts.”

This past month, the Minister of Petroleum Eng. Sherif Ismail, attended the MOC 2014 in Alexandria. During his opening speech, Ismail spoke adamantly of sustainability and energy efficiency in Egypt’s oil and electricity industry. The future is bright for Egypt since the country possesses the adequate resources to develop a strong and sustainable energy sector. Thus, the responsibility lies on policymakers to further prioritize investment in natural gas and pay closer attention to the field of renewables. This way, the energy crisis will cease to make the headlines and Egyptians won´t have to worry about stocking up on candles to be able to read them.