The Power of Greece in the International Gas Game: An Interview with Constantinos Filis 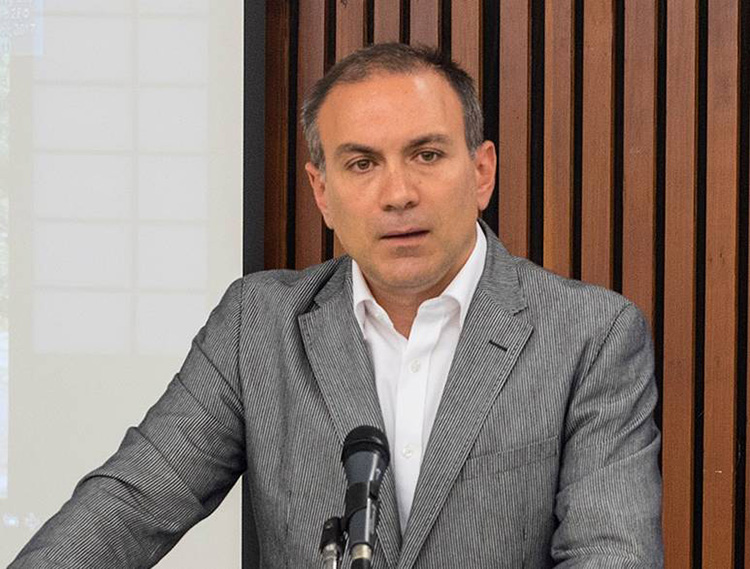 In the race to become a regional gas hub, the shortest route tends to be through the welfare of other nations. Experts often believe that international relations and mutual benefit are the only road for region to succeed as a global energy hub. As a central payer in the Eastern Mediterranean natural gas equation, and to better understand Egypt’s side of the pursuit.

Egypt Oil & Gas conducted a phone interview with Dr. Constantinos Filis, the Director of Research at the Institute of International Relations of Panteion University, and the Head of the Russia-Eurasia & SE Europe Centre at the Institute of International Relations. Furthermore, Filis is a member of the Greek-Turkish Forum, as well as the Greek-Russian Society.

The Greek Route vs. the Turkish Route

The interview began with a question exploring Greece’s similar dream to Egypt of becoming an energy hub, through its infrastructure.

“Greece enjoys a very high competitive edge, in terms of facilities and location,” Filis commented. He went on to explain that his country is at the crossroads of three continents. In terms of infrastructure, the country is equipped with Revithoussa liquefied natural gas (LNG) terminal, located west of Athens; a floating regasification and storage unit (FSRU) in Alexandroupolis in Northern Greece is in the making; and the Gas Interconnector Greece-Bulgaria (IGB Pipeline), which connects the natural gas infrastructure between both countries is also under development.

An edge in favor of Greece recently stems from the EU’s strategic priority to lessen its dependence on imports of natural gas from Russia. This is where the Southern Gas Corridor comes in to the picture; “Greece can receive quantities from eastern Mediterranean countries in the form of LNG or through an undersea pipeline, host them in the Alexandroupolis FSRU, and then pass it on to countries such as Hungary or Austria via the extensions of the IGB pipeline.”

When asked about the East Med Pipeline, Filis said that “there are technical issues that can be dealt with; however, it does not seem to be a priority for Eastern Mediterranean’s producing countries for the time being.”

In discussion of other regional players such as Turkey, Filis affirmed that “Greece is a more suitable energy transportation centre in the eyes of Europe, than other countries such as Turkey. It is part of the European Union (EU), and it is a more credible and predictable partner vis-à-vis Turkey”.

Yet, he went on to highlighted the strength of Turkey. “It is a major player and has a strong position as well. Israel will ‘feed’ one way or the other the Turkish market.” Filis believes that this act is politically and economically motivated, he clarified: “When you export your natural gas to a country you gain a political advantage, but when a country transports your hydrocarbons, it neutralizes this advantage. What is more, Turkey is a big and ‘thirsty’ market.”

One of Turkey’s major disadvantages is the current state of affairs in its relations with Egypt and Cyprus. Thus, “neither Cairo nor Nicosia are considering exporting through Turkey”.

Egypt in the Equation

Spotting a myriad of similarities between Filis’ statements and the strength’s Egyptian politicians are basing the Egypt’s goal of becoming a regional energy hub on, Egypt Oil & Gas asked about the potential of the country’s prospects against that of Greece.

“Not against, but in cooperation with Greece. I can only see synergy,” Filis began his reply. He further noted that Egypt has the potential of becoming an energy hub, “it is the cheapest option for countries such as Israel and Cyprus,” he said noting that the North African country is in fact the most-likely option.

The country’s two FSRUs, have enough unused capacity to allow Egypt to transport natural gas to Europe, whether it will be its own or Israel’s and/or Cyprus’s. The FSRUs can then “connect” to the Alexandroupolis FSRU terminal, and through Greece reach the rest of Europe.

“We want to see Egypt stabilized and any contracts signed for Egypt are welcomed. Our relations are advanced and much benefit can come from the stability of our neighbors,” he added.

The Pursuit of Liberalized Markets

In an effort to enhance the attractiveness of its investment climate and to boost its chances of becoming an energy hub, Greece has embarked on a market liberalization program. Addressing the topic Filis stated “the more liberal a market is, the more attractive it is to investors.”

Lack of transparency and laws that are in benefit of particular companies, have had a negative impact on the investment climate in Greece, explained Filis. He further highlighted that there are some difficulties in achieving a fully liberalized market, adding that state companies, mainly in the electricity sector, have been trying to retain the situation as is.

Giving an example of the progress the country made, Filis said: “We use to have one electricity company, now we have four or five we can choose from, which means no monopoly,” adding that “citizens and companies can choose their own supplier and secure better prices for their households and industries.”

When asked about the Trilateral Summit, taking place in November in Egypt’s Sharm el Sheikh and involves Egypt, Greece, and Cyprus; Filis replied: “There is plenty of room for synergy and cooperation. The three leaders are going to confirm their efforts towards a more sustainable cooperation. There are a lot of topics to be addressed, one of which being how can Greece and to a lesser extent Cyprus serve as a “bridge” between Egypt and the European Union”.

Filis highlighted Greece’s long standing support for Egypt, adding that Athens supported its southern neighbor during times when it was under severe criticism by the rest of the European Union.

In terms of foreign investment, the country has been facing several roadblocks in boosting its lure in the eyes of major foreign corporations. Commenting on the issue Filis noted that the country is mainly facing four core challenges in this regard.

Beginning with the need to reach a completely liberalized market; secondly, the need for a stable taxation system. “Due to the unstable nature of taxes, companies did not know what was going to happen or how much taxes were going to be imposed a decade from now,” he noted, an issue which is negatively impacting the decision to enter the Greek market.

Thirdly, “a key issue is liquidity, a country needs liquidity to become a hub,” he affirmed. The fourth issue Filis stressed was the regional environment, noting that its stability will be crucial and beneficial for all players, with no exclusions.

The Future of the Equation

Basing its pursuit on its location, infrastructure, and affiliation, Greece is well on its path to enhance its role as a key regional player in the Eastern Mediterranean geopolitical equation, particularly due to the unstable environment/circumastances surrounding a big part of the southern european periphery, thus emerging as a stable and useful partner, Filis underlined. Nevertheless, with other strong players in the region, and with the country’s economic welfare still in recover, the road maybe bumpy for the south European nation.