The Effects of the Oil Curse on Venezuela 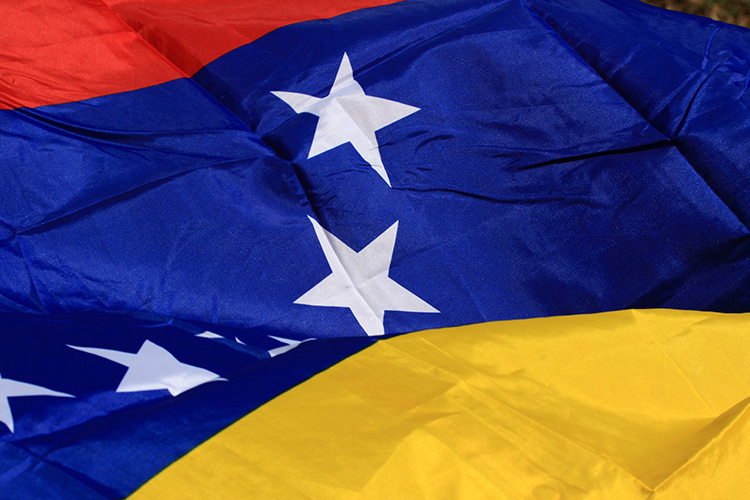 How can a country with the largest oil resources on the planet end up with the worst economic depression and humanitarian crisis in history?

Instead of contributing to economic growth, the presence of oil wealth in less-developed countries can sometimes lead to political conflict, corruption, and, in extreme cases, civil war. Venezuela, which is home to 300.88 billion barrels of proved oil reserves, is currently in the grip of a major crisis. Despite having the world’s largest oil reserves, Venezuela suffers from a deep recession and hyper-inflation.

Experts say that this is the result of the oil curse, which is when a country is entirely dependent on a single commodity that its economy is bound to crash at any given time.

Effect of Oil and Gas Sector on Venezuela’s Economy

The capital expenditure by the state-owned company Petròleos de Venezuela, S.A. (PDVSA) in 2002 and 2003 decreased as 19,000 employees were fired from the company during the Venezuelan General Strike, which led to inflation. Moreover, the country’s economy was severely affected due to Venezuela’s heavy dependency on the oil industry, where the gross domestic product (GDP) decreased by 45%. Venezuelan output has been in free-fall
for years and PDVSA became unable to boost production.

The bulk of Venezuela’s oil, which is estimated at 1.2 trillion barrels, is heavy oil that is expensive to extract. Thus, only a small fraction of that amount can be extracted with the current technology and prices.

Accordingly, this led to a decrease in the activities made by foreign partners and international oil service companies. Venezuela has tried to attract foreign investment capital, but after winning the 2006 reelection, President Chavez began nationalizing the country’s resources and assets. As a result, Venezuela must now rely on state-owned oil companies to do most of the heavy-lifting. However, the companies do not have enough capital to counter the natural decline of legacy wells, let alone grow production.

Social change is inevitable in a country with massive amounts of oil, but more often than not, it can be an adverse one. When the Venezuelan government became heavily reliant on oil revenue, it was at the expense of other industries. Today, this inefficient production has seen a country so rich in energy resources have trouble keeping the lights on.

Shortages in other resources, such as food and medicine, have created a humanitarian crisis. “It is common to find people scavenging for food at garbage dumps and everywhere people are eating off garbage cans,” said an anonymous person who spoke to NBC News. “People are starving. You see misery everywhere.”

Gustavo Arnavat, Senior Advisor at the Center for Strategic & International Studies, told NBC News that these conditions “have produced a political and constitutional crisis that is precipitating the complete collapse of the state.”

There is an extreme disparity between the rich and poor, despite the fact that late President Hugo Chavez was elected in 1999 on the promise that he would share Venezuela’s immense oil wealth equally among its people. The deteriorating economic situation in Venezuela has led to the largest mass exodus in Latin America, where around 2.3 million citizens have migrated to seek a better life.

The United States (US) imposed sanctions on Venezuela’s most important global business, which is producing and selling crude oil, as US refineries had been Venezuela’s top customer. In January 2019, Donald Trump’s administration issued new sanctions on PDVSA that effectively blocked Nicolás Maduro’s regime from exporting crude to the US.

A series of conspiracy theories emerged, linking Trump’s strategy to the US attempting to seize Venezuela’s oil wealth. The US claims that Gulf countries play a more significant role in global supply than Venezuela. The US also claims that it has enough hydrocarbons due to fossil fuel abundance; this decreased US oil imports from Venezuela by about 90.2%. Another additional claim is the leakage of investments in the Venezuelan oil industry and the politicization of the running of PDVSA to finance projects that serve private, and not national, interests. Therefore, Venezuela’s dependence on the US for oil is greater, not the other way around. The US has decreased its dependence on Venezuelan oil from 17% to 13%, the Wilson Center website stated on June 5, 2019.

It is worth noting that China and Russia have been paying great attention to Venezuelan hydrocarbons over the last two decades, and their presence in Latin America is worrisome to the US.

Fitch Solutions’ Head of Oil and Gas Analysis, Joseph Gatdula, mentioned that Venezuela’s oil industry might not collapse. Gatdula believes that Venezuela will be able to sustain between 300,000 and 500,000 barrels per day (b/d) of exports with the support and help of Russia and China.

However, the director of Apex Consulting Ltd, Muktadir Ur Rahman, thinks that although Venezuela’s oil market might not face complete collapse this year, there will be severe deficits in the country’s production in the future. He added that international oil companies (IOCs) could improve Venezuela’s production in the Orinoco basin back to its pre-crisis level.

Ironically, it was Juan Perez Alfonso, Venezuela’s oil minister in the 1960s and a co-founder of OPEC, who first warned his nation of the oil curse. In 1975, he was quoted saying, “I call petroleum the devil’s excrement. It brings trouble…Look at this — waste, corruption, consumption, our public services falling apart. And debt, debt we shall have for years.”

This is the oil curse.