THE BLACK WELL OF ANGOLA: AN OIL-RICH COUNTRY IN DESPAIR 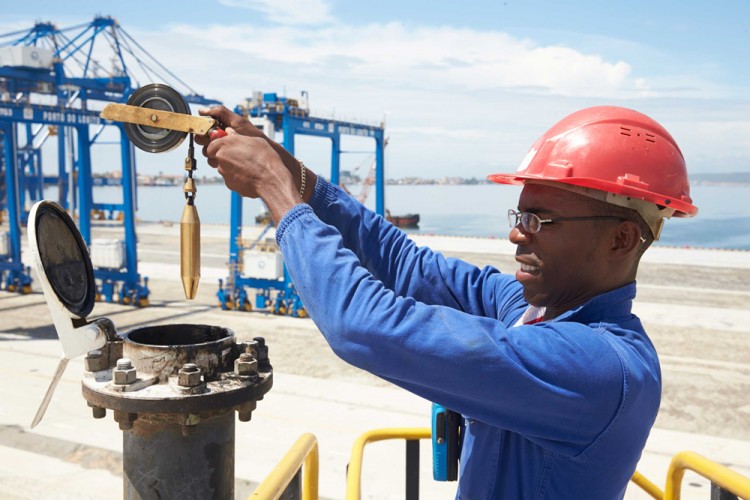 Below the equator’s belt on the African continent, Angola sits in relative silence. Conflict ridden for years, the country switched from a war of independence that lasted over a decade to a civil war more than double in length. For 26 years, the country was split in two in a bloody civil war—pegged as the last proxy of the Cold War— that it only emerged from a little over a decade ago.

Jose Eduardo dos Santos, Angola’s president who has been in power since 1979 and is the continent’s second longest ruler, has been referred to as the Machiavelli of Africa. He lays low, shying from attention to his personal and political life, which has kept him and his country off the map. Media attention to Angola is sparse, also due in part to Dos Santos’ autocratic hold and the complete absence of press freedom and free speech.

“He is a dictator who is not as flamboyant as the ordinary African dictators and this has misguided many people in Africa,” Rafael Marques de Morais, a well-known and outspoken Angolan journalist, told The Guardian. Marques de Morais has been arrested and jailed for his critical reports of dos Santos, as he has attempted to expose the -government corruption that does a disservice to a people in dire need.

An Oil Industry Drenched in Corruption

Like dos Santos, Angola’s booming oil industry has been shrouded in secrecy. Back room deals and closed-door negotiations are the norm in deal making between foreign companies and Angola. There is little transparency in what goes on behind the scenes, and very little information is put out to show the public. Transparency International ranks Angola as 161 out of 175 countries on its Corruption Perceptions Index (2014) with a score of 19 out of a possible 100, making it one of the most corrupt countries in the world.

Oil was first discovered in the country in 1955 in the onshore Kwanza basin near Luanda. Angola is the second largest oil producer in Africa, coming after the continent’s frontrunner Nigeria. Angola’s oil industry, dominated by an upstream sector, produces oil that is light sweet curde with low volumes of sulphur, which makes it optimal for producing gasoline, kerosene, and diesel.

Angola’s economic growth rate has been hailed as “impressive,” with oil carrying most of the weight. According to OPEC, oil contributes to 45% of Angola’s gross domestic product and over 95% of exports. Angola’s value of exports is $63,908, the value of petroleum exports is $57,609, proven crude oil reserves are 8,423m barrels, and crude oil production is 1,654 (1,000 b/d).

After being in war for decades, Angola’s growth rate impresses, but it also deceives.

Angola’s Resource Curse
According to 2014 statistics, Angola hosts a population of 24m and ranks 149 out of 187 on the Human Development Index. Further depictions of Angola’s low human development rate are depicted in life expectancy, a low 50.25 years (with the country’s median age resting at 17.9 years), and one of the highest infant mortality rates in the world (79.9 deaths per 1,000 live births).

Wealth disparity in Angola is almost unrealistic. While most Angolans live on less than $2 a day and in poor health conditions, Angola’s capital Luanda was ranked by Mercer as the most expensive city for expatriates. Average size apartments in the capital can go for thousands of U.S. dollars, while imported products like Coca Cola and prime steaks can run in the hundreds of dollars.
Human rights advocators have claimed that Angola’s oil wealth does not benefit the country, except for a rich few at the top who rest under the president. Angola’s oil industry has become its resource curse, benefiting a few while hindering full economic and political development. While Dos Santos remains out of the spotlight, his country’s politics continue to lack any transparency or openness. “Resource-rich countries are said to be more prone to negative outcomes ranging from slow economic growth, underinvestment in human capital, and environmental degradation to corruption, authoritarian rule, and violent conflict,” writes Rod Alence for Southern Africa Resource Watch.

Angola’s state-run oil company Sonangol is the concession grantor and regulator of the industry. Oil deals are made under confidentiality agreements, which makes it difficult to understand exactly how much money the country is gaining from its prized resource. According to the Open Society Initiative for Southern Africa (OSISA), “multinationals that want to do business in Angola must associate with Sonangol in the form of a joint venture or Production Sharing Agreement (PSA). To win contracts, multinationals must pay signature bonuses that can run into billions of dollars and are not publicly disclosed.”

The privacy of Sonangol and the lack of disclosure have been a main culprit in Angola’s oil corruption. In 2012, the IMF found that $4.2b linked to Sonangol was missing from public accounts.

According to Angola Program Manager for the OSISA Elias Isaac, Angola has responded to calls for more transparency in its oil sector with some improvements, such as disclosing government receipts on projects from oil extraction. However, the few successes in transparency do not add up to much, according to Isaac, who says, “the Angolan government’s reporting of revenue receipts is limited and unreliable.”

The Scramble for Angola’s Black Gold

Once the scene of an important Cold War proxy war, Angola is now a playground for the world’s largest oil companies. Instead of a political battle, the battle over Angola has become one focused purely on oil. China and the Untied States remain the biggest consumers of Angolan oil, and big names like ExxonMobil, Chevron, Marathon, BP, Total, Cobalt, Eni, Petrobras, and Vaalco, among others, are digging and drilling away off the country’s coast.
China, the world’s biggest oil consumer, has made Angola its main market by purchasing nearly two million barrels a day from the African country. Aside from its purchases, China has woven itself into Angola’s economy through its oil connections in the country and sizeable expat population.

OSISA says that multinational oil companies “do not address governance or transparency issues in Angola,” which has facilitated patronage problems, rent seeking, and has exacerbated the resource curse.

While transparency about oil in Angola remains blurred, there have been some external attempts to gain perspective on the oil exchanges taking place with foreign countries. In 2010, the U.S. Congress passed the Dodd-Frank Wall Street Reform and Consumer Protection Act, which has a transparency provision (Section 1504) that mandates oil, gas, and mining companies registered with the U.S. Securities and Exchange Commission (SEC) publically report payments to foreign governments.

With the price of oil falling due to oil glut and excess on the market, industry giants like Halliburton and Schlumberger have had to cut jobs and make adjustments. For Angola, things are still fairing well, for now. “If the United States stops buying Angola’s oil, and if China’s rate of economic growth continues to slow, major foreign companies would be unable to sustain their current staffing levels and expenditures,” writes Michael Specter for The New Yorker. “Within a few years, the United States might not need any Angolan oil. The current price of a barrel of oil is about fifty dollars, but just a few months ago the Angolan government, for the purposes of its 2015 budget, assumed that the average price would be eighty-one dollars.”

Despite global price concerns, Angola’s oil wealth will continue to serve as the nation’s number one moneymaker while the country makes promises to cut its budget. And while oil companies and foreign countries continue to extract oil wealth, most Angolans remain unaware of their nation’s wealth. So much of the oil wealth gained by Angola remains in the hands of a few, and poverty-stricken Angolans do not seek oil revenue redistribution because they are either unaware of the wealth that exists or their awareness has led to their suppression.