Secrets Behind the Success: A Glimpse at Tarek El Molla’s Life Journey

The Convention included with a live interview with H.E Egyptian Minister of Petroleum and Mineral Resources Tarek El Molla that delved deep into his life journey and past experiences. It was a rare chance to know more about his motivation, background, and career.

The interview took the minister many years back when he was dreaming of becoming an engineer and how he went against the trend among his generation who preferred civil engineering, not recognizing the potential of mechanical and petroleum engineering.

The Minister then mentioned his first experience when he worked at Caltex, a subsidiary of Chevron, where he started as a junior engineer. “This was my first and last employer before joining the government. It was Caltex at the time, Chevron when they merged Texaco and Chevron,” El Molla said about Caltex.

El Molla worked for Caltex for around 24 years, from January 1987 until October 2010, where he said he had “a very diverse, interesting, and successful learning [experience] and career through the jobs that I had within the company, with the different stages that I passed through, and with the different changes that happened globally, and to the company definitely,” the Minister noted.

In the beginning, El Molla worked in the private sector, and then he recognized that he had the needed experience to benefit the public sector. “I did not know that I was going to join the government at that time, but I was saying that I think that it is the time to pay back my country,” he said.

Despite spending all his years in the private sector in one company, El Molla said “I had this one career with a big company as Chevron. In my opinion, I think it is a blessing because it had given me all the experience and the exposure needed because of its diversity.”

The Minister said that his experience in Caltex helped him when he became a minister. “Actually, in Chevron, we were operating from East of Suez till Australia. These were the countries where they were operating, and this had given me some good experience, in dealing with Africa, the Middle East and Asia,” he pointed out. It also gave him the opportunity to interact with coworkers from other cultures. He was highly involved given overseas assignments in important companies for operations, such as Kenya, Singapore, and South Africa.

In October 2010, El Molla came back to join the public sector, and a few months later in January 2011, he joined the Egyptian General Petroleum Corporation (EGPC), during the time when Egypt needed his experience with the partners and IOCs. In September 2015, El Molla was appointed as the Minister of Petroleum.

El Molla recalled the challenges he faced as soon as he began his job as a minister, including the gasoline crisis and energy shortage at that time. “For me being a minister at that time, the first priority was to ensure the supplies of products, and the security of products, whether it was natural gas or gasoline or diesel.”

The Minister talked about his family, mentioning the two most important pieces of advice he remembers from his parents, which remain in his mind until today. The first was to “do good and do all the favors and the good things you can do for the people, without waiting for a reward.” The other was what his mother always told him, which was to “be confident.”

El Molla, who has been married for 27 years, mentioned the importance of maintaining a balance between work and personal life, because “we don’t want to regret the time when we discover that our kids are grownups and we didn’t enjoy the time [when] we see them younger.” He stated that despite his responsibilities as a minister during the past few years, he made sure to spend time with each of them at night, and he agreed with them to have breakfast together on Friday, or sometimes to have late lunch or early dinner outing. He said that he organizes get-togethers with all of them once a year at least, especially during Eid Holidays.

Youth and Women in Energy

The Minister of Petroleum talked about youth, and how he is taking youth as a priority for the oil and gas sector’s development. “I believe in our youth and I believe in their skills and capabilities. What they only need is to be given the opportunity.”

Therefore, he has been adopting programs to develop young professionals. “I felt in my position that it is part of my responsibility to develop our future leaders, so that’s why, as part of our Modernization Program, I have created the first-ever Middle Management Program,” El Molla pointed out. The Minister highlighted the importance of having a continuous mechanism, saying that training future leaders will ensure this continuity.

El Molla further stressed the importance of empowering women in the oil and gas sector. He pointed out the capabilities of women saying that “you can depend on them and rely on them and they have this capability of doing different jobs at different times.” The Minister noted that “over the last five/six years, we have been able to demonstrate that empowering women has also given us good results.”

The interview with H.E. Tarek El Molla presented his journey and success story and how it played a role in his success as a Minister of Petroleum. It further illustrated his keenness to lead the sector towards a prosperous future through empowering youth and ensuring gender equality. 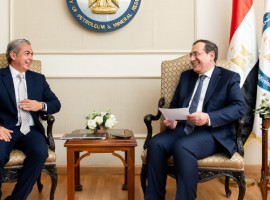 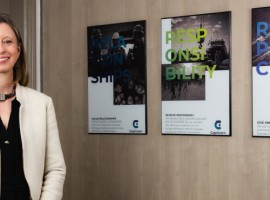 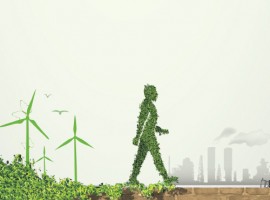 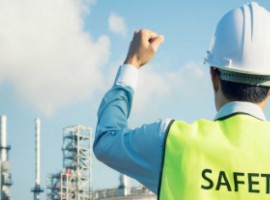 Safe and Reliable Radio Communications for The Oil Industry