QATAR CRISIS AND ITS IMPACTS ON THE PETROLEUM INDUSTRY 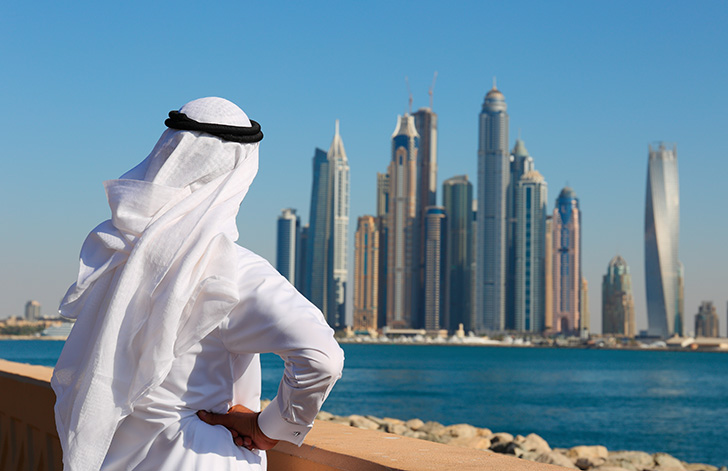 In June 5, Egypt, Saudi Arabia, the United Arab Emirates (UAE), Bahrain and other Arab countries cut diplomatic ties with Qatar in a coordinated move after allegations that Doha supports terrorist organizations and interferes in the internal affairs of countries in the region.

The action resulted in the shutdown of all transport and trade links with Qatar. Saudi Arabia, the UAE, and Bahrain banned Qatari airplanes from landing in the countries and crossing their air space, and the UAE further banned vessels coming from and heading to Qatar. The bans on Doha’s fleet using regional ports and anchorages are threatening to halt some of its exports and disrupt those of liquefied natural gas (LNG).

As the Gulf nation is the world’s top seller of LNG and supplies nearly a third of the product worldwide, the bans triggered supply shortages for the tiny rich peninsula, and the stock market index sank 7.3% directly.

Accordingly, the availability of ships for Qatar loading is expected to decline. UAE-based Gulf Energy Maritime’s ships are unlikely to navigate in the country, and Dubai’s DP World stated it is banning all vessels carrying Qatar’s flag from calling at its home terminals in the UAE, although the nation, alongside Egypt, is a regional consumer of the Qatari LNG.

The ban on direct sailing to and from Qatar by Fujairah in the UAE also poses particular concern. Through Fujairah, thousands of ships load bunker fuel, which means that co-loading of partial cargoes of naphtha, gasoil, and gasoline in multiple ports in the Middle East will take a severe hit unless the rift ends anytime soon.

For Egypt, the shipment bans are not a major concern as trade houses with supply commitments with the North African country could turn to the United States, Algeria, and Nigeria for replacement of cargoes and traders.

The UAE, however, consumes 1.8 billion cubic feet per day of Qatari gas via the Dolphin pipeline and has LNG purchase agreements directly with its neighbor. Although flows through the Dolphin pipeline are, so far, unaffected, traders say even a partial shutdown would ripple through global gas markets by forcing the UAE to seek replacement LNG supply just as its domestic demand peaks.

The crisis has increased sharply as Taiwan’s Evergreen, the world’s sixth bigger container shipping line, in addition to Hong Kong’s OOCL, the world’s seventh biggest carrier, announced the suspension of shipping services to Qatar as the diplomatic conflict imposed port restrictions. Denmark’s Maersk, the world’s biggest container shipping line, subsequently stated it was unable to transport goods in or out of Qatar due to the impossibility of taking them through the UAE port of Jebel Ali.

That has forced Qatar, a member of the Organization of Petroleum Exporting Countries (OPEC), to book new refueling stops in Gibraltar, Singapore, and other shipping fuel hubs, according to brokers. Additionally, the country currently faces higher costs to sell its energy supplies to customers in Asia and Europe, and the diplomatic crisis affected all major oil-products trading companies, which are redrawing their loading plans.

While the Gulf state’s exports of crude oil, condensate and LNG are continuing, oil brokers and traders say it has had to scramble to find new ports to refuel its vessels after the UAE banned Qatari-linked vessels from its waters.

Although Qatar is only the 10th biggest producer in OPEC, its huge shipments of LNG, which set it apart from other Gulf energy producers, are largely linked to the oil price. As such, the tension in the Gulf is causing minor disruptions to the usual order of energy trade in the region.

S&P Global Platts, the oil price agency that assess benchmark prices for physical oil trades, has said crude from Qatar will be largely excluded from its Middle East trading window because of the complications caused by shipping restrictions for the Gulf state. It means that the restrictions on vessels calling into Qatar and associated uncertainty could further affect the inherent value of crude loading from Qatar.

Furthermore, as a member of OPEC, Qatar joined the cartel’s production cut agreement and committed to cut its crude output by around 30,000 barrels of oil per day. The organization aims to get rid of the global market oversupply of crude, which has held prices down since 2014. With the current crisis, Qatar’s willingness to comply with the supply cuts could wane, even though Kuwait, which is attempting to mediate between Qatar and its neighbors, said that the Gulf country remains committed to the OPEC and non-OPEC deal. The agreement, which Qatar was instrumental in organizing late 2016, was extended for nine months.

Oil market participants have raised doubts that Qatar, the relatively small player in oil, would be able to produce enough oil to breach its quota. However, others fear that the break between Gulf states could prove enough to cause the deal to unravel in time.

Despite all these outcomes, there is uncertainty on the impacts that the diplomatic crisis can impose on the global oil and gas market in the future. The situation is still at the beginning and can either increase or be amended over time.