Protecting and Commercializing Advanced Petroleum Technology: The Role of Intelligent Energy Law in 2016 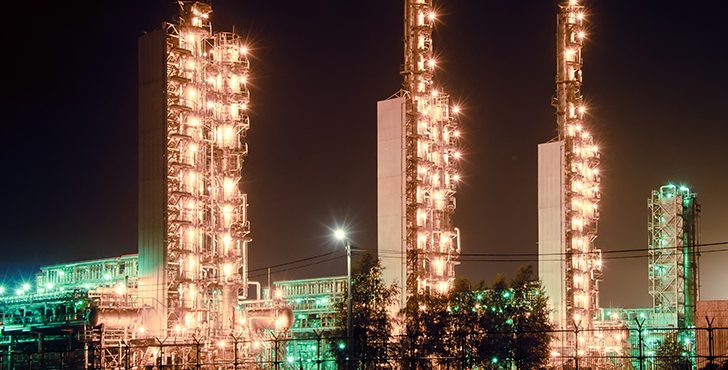 The world of energy sustained a threefold shock to the system as the industry rolled into 2016. First, the impact of the COP21 Agreement reached on 12th December 2015 in Paris, which stressed the need to focus on the reduction of carbon emissions, had arrived definitively. This brought sharply into focus the International Energy Agency’s proposed “Bridge Scenario” which, it is claimed, could deliver a peak in energy-related emissions by 2020, relying solely on proven technologies and without changing economic development prospects of any region by virtue of five key initiatives: increased energy efficiency; the progressive reduction and phasing out of inefficient coal-fired power plants; phasing out fossil fuel subsidies by 2030; reducing methane emissions in oil and gas production; and increasing investment in renewable energy technologies from $270 million in 2014 to $400 billion in 2030.

Intelligent Energy in 2016 – The Drivers

The world of energy sustained a threefold shock to the system as the industry rolled into 2016. First, the impact of the COP21 Agreement reached on 12th December 2015 in Paris, which stressed the need to focus on the reduction of carbon emissions, had arrived definitively. This brought sharply into focus the International Energy Agency’s proposed “Bridge Scenario” which, it is claimed, could deliver a peak in energy-related emissions by 2020, relying solely on proven technologies and without changing economic development prospects of any region by virtue of five key initiatives: increased energy efficiency; the progressive reduction and phasing out of inefficient coal-fired power plants; phasing out fossil fuel subsidies by 2030; reducing methane emissions in oil and gas production; and increasing investment in renewable energy technologies from $270 million in 2014 to $400 billion in 2030.

Second the declaration, following the confirmation of the International Atomic Energy Authority, on 15th January 2016 that Iran had satisfied the conditions for the implementation of the Joint Co-operation Plan of Action signaled the return of one of the world’s few three million plus barrels per day suppliers of petroleum to the international market. The Iranian supply side impact paralleled with recurring concerns about the health of the Chinese economy and the impact on the demand side as the industry grappled to understand the longer term impact of the 30% downward lurch in the value of listed Chinese shares in July 2015.

Thirdly, no doubt influenced by the above developments, the price of oil slumped to $27 a barrel dispelling hopes of an early recovery in 2016 and raising existential fears for those in the industry focused on higher cost exploration and/or production segments of the industry such as deepwater, shale gas and tar sands/heavy oil. The North Sea, with a cost base in the $50 to $60 dollars a barrel range breathed in and held its breath. Although the OPEC nations committed not to raise production levels, it was clear that the current down turn was no simple repeat of 1986 and 1998 and different dynamics and forces were at large.

This scenario placed, at the onset of 2016, a new and sharper focus on the role of technology and the answers ‘Intelligent Energy’ could provide in the new energy world. There are a number of very key areas where Intelligent Energy is at work pushing back the technology frontiers: seismic imaging, reservoir characterization, real time drilling systems, smart completion and intervention systems, subsea processing facilities, floating LNG, enhanced oil recovery and carbon capture and storage. The challenges are infinite, but the objectives are definitive and must remain in sharp focus. BP’s Technology Outlook 2015 identifies what these objectives will have to be: security of supply to a growing population; reduction of costs including via increased automation; maximization of petroleum recovery rates; protection of the environment in line with COP21 and minimization of safety related risks to those working in the industry.

It was perhaps a convenient coincidence that, concurrent with the COP21 event in Paris, many of the world’s leading petroleum technology minds were attending the International Petroleum Technology Conference (IPTC) in Doha in early December. With the larger part of 2016 now behind, and with the onset of the UK’s withdrawal from the European Union now adding a further major dynamic, we now have another reference point to at SPE’s Annual Technology Conference and Exhibition (ATCE) in Dubai in September 2016 to “push the periscope up” to view the direction and progress of those committed to the role of advanced petroleum technology.

Intelligent Energy Law is a key element of the continuing progression of ‘Intelligent Energy’ solutions and innovations. It can be defined as the strategic planning and application of international law and contracts to maximize investment returns on advanced technology and know-how through the creation, acquisition, commercialization, and protection of intellectual property (IP) assets.

IP assets may have different definitional nuances in the United States (US), European Union (EU) and other jurisdictions, but in an international energy context they will typically comprise trade secrets; patentable new inventions and improvements (including utility models); copyright (or similar rights) in the likes of engineering drawings, computer software, technical manuals and databases; industrial designs rights; and trade marks in brands and logos. Although it may be difficult if not impossible to put a dollar value on the component parts of a company’s IP assets, their combination, integration and deployment with the know-how of high value specialist personnel under strategically-minded leadership and results-driven management teams will comprise the lion’s share of a business’s corporate value and competitive edge.

Leaders and managers in the energy sector are focused on the maximization of the commercial benefits arising from IP assets while IP lawyers are focused on the successful creation, acquisition, commercialization and protection of IP assets in line with their clients’ goals and objectives. IP assets can be created and acquired by common law, statute, contract or registration; they can be commercialized by sale or licensing; and in some cases they need to be protected (or challenged) by litigation.

However, the legal challenges associated with creating, acquiring, commercializing and protecting IP assets constantly evolve. The challenges can range from competition in ownerships claims, willful or unwitting IP infringements, poaching, industrial espionage, hacking (and wider cyber security challenges), reverse engineering and the activities of patent ‘trolls’ and these can all contribute to a form of corporate warfare where IP assets and their benefits are being fought over. Although one party may, ultimately, have clear line of sight on the valid legal entitlement to the prize in a particular case, the cost/benefit dynamics of enforcing its position may not be commercially justifiable, especially where protracted dispute resolution and uncertain enforcement processes are at play.

The international community is responding to these challenges and this is manifested in a complex inter-play of international organizations and their treaties and agreements and national legal regimes, highly developed in the US and EU and increasingly so in other key economies such as Brazil, China, Russia, India, and the Gulf Co-Operation Council (GCC) states in the Middle East, where much of the world’s petroleum reserves are located.

The State of Global Petroleum Innovation – the 2016 Update Report

The Thomson Reuters’ State of Innovation 2016 Report records that 27,556 patents were awarded in the global oil and gas sector in 2015, but this represents only 2% of the overall total. Information technology dominates the landscape with 429,806 patents, a full 31% of global awards. The automotive sector took second place with 166,867 patents (12%), closely followed by telecommunications with 166,601 (12%). Medical devices (9%), pharmaceuticals (9%), semiconductors (8%), home appliances (6%), aerospace &defense (5%) and biotechnology (3%) also all outpaced the oil and gas sector.

In geographical terms, China again took the lead with Sinopec recording 1,991 new inventions, closely followed by Petrochina with 1,982. China National Offshore Oil claimed fourth place (455) and University of China Petroleum took eighth place (239). The USA, by virtue of Halliburton (940), Schlumberger (378), Baker Hughes (288), and PRAD Research and Development (272), also took four of the top ten places. Japan’s Toyota came in ninth (219) and Russia’s Tatneft Stock took the tenth slot (189). Time will tell whether or not we will see a major challenge to the dominance of the US service companies in global oil and gas technology development by China.

In the wider economy, Thomson Reuters’ 2015 Top 100 Global Innovators pays testimony to more Japanese than Chinese influence, with 40 Japanese and 35 US companies included, a remarkable 75% of the total. Only three oil and gas sector players, ExxonMobil, Chevron and Idemitsu Kosan, made it into the index.

The World Intellectual Property Report 2015 published by the World Intellectual Property Organization (WIPO) attempts some educated crystal ball gazing and examines the likely progression of 3D printer technology, nanotechnology and robotics on innovation and world growth. These are important technologies which will almost certainly impact materially on oil and gas sector innovation in the next decade, whether directly or by importation and adaptation from peer sectors.

In geographical terms WIPO’s statistics for 2015 again identifies the dominance of five countries – China, Japan, the USA, South Korea, and Germany – in patent awards. Europe contributed 20 of the Top 100 with France taking 10 of those places. However, The Global Innovation Index 2015 (GII) produced jointly by Johnson Cornell University, INSEAD, and WIPO has better news for Europe. The GII measures 79 indicators, not merely patent awards, and Switzerland, the United Kingdom, Sweden, and the Netherlands took the first four places, ahead of the USA in fifth place.

However, the sobering conclusion which must be reached from the State of Innovation statistics is that the oil and gas sector is failing to innovate at anything like the rate of some of its industry peers, but on a more positive note the scope for cross fertilization of innovation from other sectors into the petroleum sector is a clear opportunity.

In the context of these drivers and trends how can a strategic approach to intelligent energy law be deployed effectively as part of a business’s competitive edge? There are, perhaps, four key elements:

Firstly, the widening out of the ‘internationalization’ process means that the creation, acquisition, commercialization and protection of intellectual assets must be planned and implemented with a global perspective and with full awareness of the prevailing laws in all applicable locations, including those emerging territories where future revenue streams can be anticipated – thinking and acting locally or regionally no longer works.

Second, an integrated management information system must be in place to identify, capture and protect new intellectual property assets being created within an organization, to register and map out the business’s IP assets in an auditable format, and to monitor third party infringements.

Third, tailored contractual arrangements confirming ownership and commercialization rights must be in place with all key parties with whom the business interfaces: including clients, joint venture partners, suppliers, employees and consultants. These contracts must be fit for purpose, especially where complex international jurisdictional and enforcement challenges will arise in the event of disputes.

Fourth, a market intelligence system must be in place to track the arrivals of new competing or synergetic technologies within the energy sector; and technologies in other sectors which may be capable of migration to the petroleum sector; and special emphasis must be placed on developing or identifying acquirable technologies, which contribute to energy efficiency, emissions reductions and cost reduction/affordable energy.

There is certainly no copyright in the optimum methodology and execution strategy for rolling out any business’s Intelligent Energy Law competitive edge positioning but if the above four pillars of strength are in place then the chances of a successful commercial and risk-managed approach will be enhanced significantly.

Hugh Fraser is the Office Managing Partner of Andrews Kurth Middle East and a member of the firm’s Intelligent Energy Law team. He will be presenting on “Protecting and Commercializing Advanced Petroleum Technology: The Role of Intelligent Energy in 2016” at the SPE Annual Technical Conference and Exhibition in Dubai on 26-28 September, 2016. Copyright in this article has been vested in the Society of Petroleum Engineers and may only be reproduced under permission.