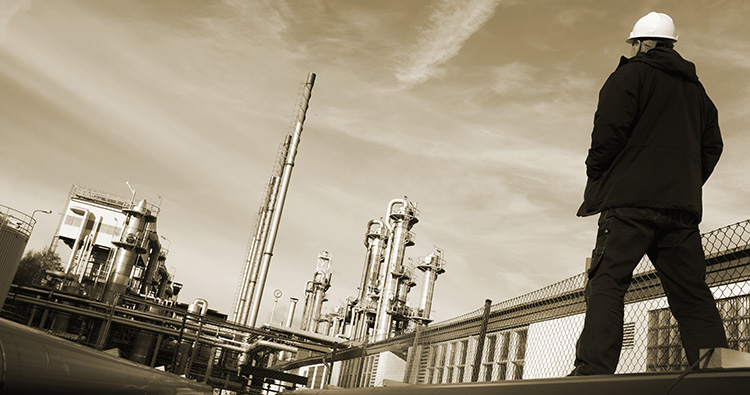 In order to reactivate the production from mature fields, it is important to conduct an accurate assessment for wells in oil and natural gas brownfields to enable best results. For this, conducting seismic surveys and ensuring that the data is collected and correctly interpreted is essential.

Seismic inversion techniques have been used for a long time to estimate and model the physical characteristics of both fluids and rocks in oil and gas fields. After collecting seismic data, operators use the seismic inversion in order to transfer the collected data about “rock physical properties to obtain an earth model,” using both pre-stack and post-stack inversion methods, according to a study published by the International Scholarly and Scientific Research and Innovation.

Pre-stack inversion is called AVO inversion, as it deals with pre-stack seismic data; near, mid and far angle-stacks. It is also known as simultaneous inversion as it maintains the physical relationships between P-impedance (Ip), S-impedance (Is) and density (ᵖ), Maher explained.

Additionally, pre-stack inversion is useful for redeveloping brownfield “as it gives more details about reservoir properties” through providing “multiple impedance attributes and more resolution about lithology, porosity, and the fluid filling the pores,” as Shady Negm, CEO of Earthtec, told Egypt Oil & Gas.

According to the International Scholarly and Scientific Research and Innovation’s study, pre-stack seismic data have amplitude variations, which reflects the existence of natural gas in the area tested.

It has an incident angle that is more than zero, and “a P-wave with incident angle q, can be converted to transmitted and reflected P and S waves,” whose amplitudes could be determined using Zoerppritz equations, which are a number of equations used to describe seismic wave energy at interfaces lying between two different rock layers, according to the study.

The use of pre-stack inversion comes from the operators’ need to extract information from seismic data to solve the geological problems that cannot be answered by the post-stack inversion techniques. “The S wave velocity (Vs) information used in pre-stack seismic inversion can solve, e.g., the duality between porosity in carbonates and shales, in which Zp alone cannot solve,” Rafael Amaral Cataldo and Emilson Pereira Leite explained in the article entitled, ‘Simultaneous Pre-stack Seismic Inversion in a Carbonate Reservoir’.

Pre-stack seismic inversion testing was applied on a natural gas brownfield in Egypt’s offshore in the West Delta Deep Marine (WDDM) concession. The pre-stack was carried out on the Scarab Field in order to “evaluate the hydrocarbon potential of newly identified stratigraphic traps,” according to an article published by the Leading Edge.

The deterministic pre-stack seismic inversion was conducted on the field’s 3D seismic data in order to characterize the traps recognized in the field’s slope canyon-channel system.

The field, which started production in March 2003, is believed to be declining in production. That is why conducting seismic inversion was expected to result into optimizing the development plans, characterizing bypassed traps, and boosting production.

“The pre-stack algorithm used in this work is constrained sparse spike inversion, which models the input seismic data as the convolution of the seismic wavelet with a reflection coefficient series and imposes additional constraints to limit non-uniqueness in the inverse problems,” the article explained.

Seven horizontal wells got tied with a consistent correlation to the full-stack seismic. The operators estimated three wavelets from the field’s seismic amplitude of the near, mid and far stacks as well as the adequate logging length wells, according to the article.

Another technique used in seismic data analysis is post-stack seismic inversion. It is used to attain information about the acoustic impedance, which is commonly used in porosity modeling and lithology delineation, according to Obilo and Adekunle’s paper.

The post-stack seismic inversion is used to develop the mature fields, to get more resolution of the reservoir and more details about the field’s properties in order to increase the field’s production, Negm explained.

Regarding Cross-plot, “if the separation occurs regarding to P-impedance, so post-stack inversion should be sufficient enough to discriminate between gas sand, water sand and shale (pre-stack inversion could be used also),” Maher said, but if there is no separation based on P-impedance or S-impedance, then both techniques will not be sufficient for separating fluid and lithology.

While conducting the post-stack seismic inversion, operators assume that the seismic traces in the field are zero offset, which means that these traces “hit interface and reflect with zero angle,” according to the International Scholarly and Scientific Research and Innovation’s article.

The article explained also that operators use post-stack inversion in order to transfer stacked seismic data into a P-impedance model. The post-stack seismic inversion technique is “mainly based on one-dimensional convolutional model.”

“An equation for inversion of post-stack seismic data can be concluded: S=1/2WDLp, where S is stacked seismic trace, W is wavelet matrix, D is derivative matrix and Lp is logarithm of P-impedance,” the article pointed out explaining how data is analyzed during post-stack seismic inversion.

Among the studied attributes during seismic inversion process is the mean amplitude, which is a post-stack attribute that “calculates the arithmetic average of the amplitudes of a trace within a specified window. It is applied in the detection of trace bias which could be indicative of a bright spot,” according to Kwame Nkrumah University of Science and Technology’s thesis.

Another post-stack attribute is the root mean square (RMS) amplitude, which assesses “the square root of the sum of squared amplitudes, divided by the number of samples within the specified window chosen.” This post-stack amplitude gives room for reflectivity measurements and enables hydrocarbon indicators direct mapping, the thesis explained.

“In Egypt, we have many cases where the post and pre-stack inversion approaches are applied successfully especially in the Nile Delta and Mediterranean areas,” Ahmed Khairy, Geophysict at Belayim Petroleum Company (Petrobel), told Egypt Oil & Gas. Meanwhile, Negm explained that post-stack seismic inversion is used on a wider scope as it is used in the case of stacked data, as in the Matrouh basin in the Western Desert.

When it comes to selecting a technique between pre-stack and post-stack inversion, operators should consider few things. Negm explained that companies select the appropriate technique based on the nature of the field they deal with and the results they want to accomplish. Moreover, Negm added that the two techniques can be used in the same project “in stage of porosity, lithology and fluid identification.”

Therefore, whether it is pre-stack or post-stack inversion, brownfields will highly benefit from the seismic inversion on many levels, and Egypt has already recognized the importance of this approach in accessing many of its fields.