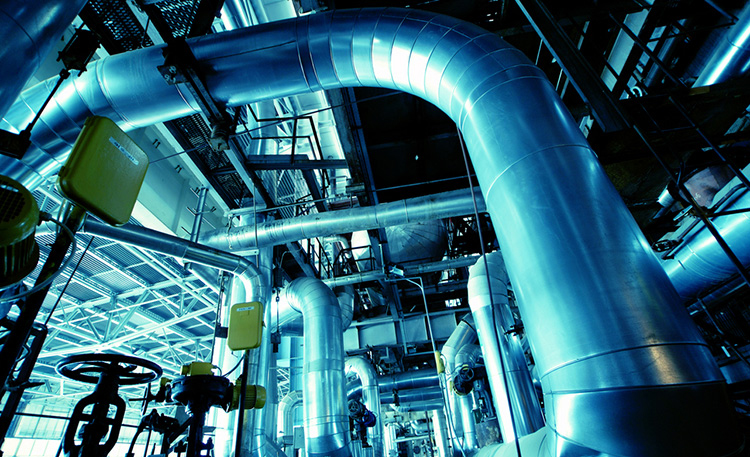 The field is located south of the company’s Obayied gas plant and to the north of Qasr field, approximately 8km to the southwest of the pipeline that runs from the Shams manifold to Obayied gas plant.

Due to a decline in Qasr deliveries to Obayied, the Hydra Gas Development project was established to enable Khalda to sustain the current gas deliverables prior to Qasr compression project by producing gases up to 160 million standard cubic feet per day (mscfd). The scheme’s cost was approved in as much as $50 million.

Genesis Oil & Gas Company (GOGC) was contracted by KPC’s shareholder Apache to perform Engineering & Procurement support. Genesis’ Conceptual Study for the project’s development was completed in March 2013 and approved in April of the same year by EGPC, which resulted in the implementation of a phased procurement strategy. Petrojet was awarded a Construction & Installation contract.

The project was divided in three stages. The first two phases involved installing Hydra facilities, which accommodate the fluids only in early field life, where the pressures are sufficiently high to free flow to the host facilities.

The scheme’s Phase I consisted of a temporary mode of production prior to the installation of Phase II to remove free water.  This step of the project promoted a tie-in to the existing Hydra trunk line and the installation of the duplex four air coolers, chemical injection, associated tie-in for future phases, and associated utilities.

The associated tie-ins and off-takes were expected to enable new expansions to be carried out without shutdowns. The phase was completed successfully in March 2017 and increased Khalda’s production by 6,000 barrels of condensate and 160 million standard cubic feet (mscf) of gas.

Phase II operations were not designed to increase gas output. Instead, it would maintain the integrity of the pipeline connecting the Shams manifold and Obayied gas plant by decreasing the corrosion inhibitor dose. Accordingly, a new three-phased separator was set to separate Hydra fluids.

As a result, the separated water was sent for further treatment and the gas and condensate was comingled and transported to the host facilities. The separator was entirely duplex and designed utilizing the same design philosophy as Qasr start of line (SOL).

Forecasted completion date for the second phase was set by September 30, 2016 due to few challenges faced during operations. Firstly, the fabrication of the production separator’s vessel was completed by December 2015 while the transportation plan was still not established.

Furthermore, the produced water treatment package (PWTP) had a delivery delay of 52 weeks due to complications in initial engineering design, which also resulted in a high cost of $1.7 million.

The complications required a redesign of the system according to the standards established by the Electronic Industries Alliance (EIA) and the specifications of the Egyptian Environment Affairs Agency (EEAA). The redesign ended up by enhancing and improving the water treatment package and decreased the number of utilities, which brought further cost savings by $1.2 million.

The installment of air coolers were forecasted by January 22, 2017. During operations, it was noted that Hydra fuel gas discharge pressure was 72.5 PSI while the temporary generator required inlet pressure of 150 PSI. The incompatibility led Khalda to equip the generator with an electrical starter motor. After amending the obstacles, the second stage of the project reached successful completion.

Phase III, which was out of the scheme’s scope with regard to the design, targeted compression and required the installation of a compressor and its associated equipment, such as KO drum, cooler, auxiliaries, and instrument air and nitrogen packages.

Khalda’s final report on the project was issued early 2017 and indicated an actual cost of $47,125,000 from the previous $50 million available for the first two phases of the activities. With the project’s development, KPC backfilled the decline in Qasr deliveries to Obayied by initially producing gas from Syrah field and then substituting with Hydra gas.

As stated by the company, accelerating the development of Hydra was considered a major priority for Khalda to achieve the target production goals and support the need for additional domestic gas supplies within Egypt. The project meets the country’s expectations of gas production increase to reach self-sufficiency by 2018 – a vision established by the Ministry of Petroleum and Mineral Resources after the discovery of new gas fields.