Petroleum System Modelling: Identification of Promising Oil and Gas Bearings in The Gulf of Suez 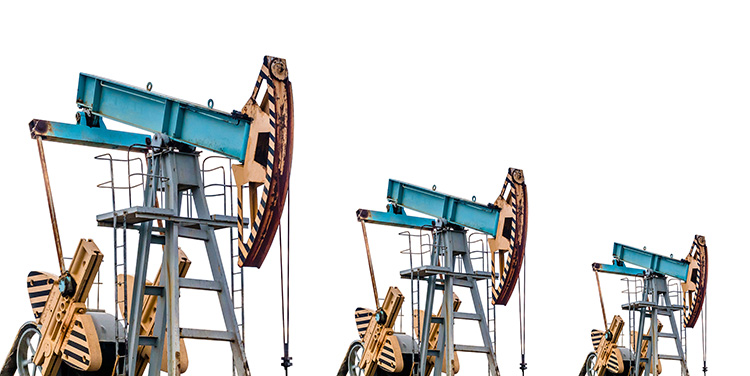 One of the most vital tasks in the oil and gas industry is to minimize the failure of exploration by means of accumulating accurate and reliable data. This can be  achieved by amassing comprehensive information about the types and volumes of the pre-existing hydrocarbons before embarking on drilling operations. Coming up dry can have huge financial implications and, in a time where strong profit margins are imperative, this data has never been so important.

The building of a model helps to generate the accumulations of hydrocarbons in a specific area and is a prerequisite for further modelling. For the PetroMod system, used in this study, it provides information about the sedimentary succession of layers, organic matter, fluids, ages and the necessary heat flow  for its creation.

Building the model for this research, however, required two stages: the construction of the basement layer and Petrel software.

Petrel is a software platform used in the exploration and production sector of the petroleum industry. It allows the user to interpret seismic data, perform well correlation, and build reservoir models to maximize reservoir exploitation. In this study, the sedimentary succession was generated using interpreted seismic sections and well data, and then the data was localized and digitized using Petrel Software to be used in the building of the model.

After the boundary conditions, ages, and properties of all the layers are defined, the simulation can be run. This starts with sedimentation of the oldest layer and progressing to the present. The modelling software implemented in this study is the PetroMod software:

The PetroMod software estimates the depositional formations and layers that are created on the top surface. Secondly, it calculates the pressure and compaction to determine changes in density elasticity and porosity. Finally, the software performs heat flow analysis, which can calculate geological temperatures. This is vital as the surrounding geology can determine geochemical reaction rates.

The data generated by the PetroMod software was then analyzed using a hybrid method of the Darcy flow and the flow path. The Darcy flow method is based on flow through porous media, a phenomenon that is determined by permeability and fluid velocity. The flow path method is based on the geometric analysis of source-carrier-reservoir rock systems. This essentially calculates the petroleum generated in the source rock that escapes upwards into a carrier bed where fluid migrates by buoyancy to a geometric high below a seal rock.

In the Nubia sandstone reservoirs, one of the major reserves in the Gulf of Suez, the Paleozoic sandstone has a good porosity and permeability.

The Synrift reservoirs are composed mainly of Miocene sandstones and possess greater potential in the Gulf of Suez than the pre-rift formations.

There are three formations which were mapped in the study: The Nukhul Formation contains 16 generated accumulations of oil and gas with a total mass accumulation of 1951.72 mmbbl of oil and 56,945 mcm of gas.

As for the Rudeis reservoir, it is by far the most productive of the formations as it accounting for 20% of production potential in the Gulf of Suez. From the six accumulations of oil and gas, accumulations are equal to 2449.77 mmbbl and 315,649 mcm, respectively.

Finally, the Belayim formation, which has about 10.5% of the oil produced in the Gulf of Suez, contains a total mass of oil and total volume of gas accumulations are equal to 454.98 mmbbl and 2708.97 mcm, respectively.

The results from the PetroMod software unearthed undiscovered modelled accumulations within the area under study. However, significant further exploration is required. The study flags up a serious lack of exploration in the south-easternarea, and according to the study, there is a high probability of further hydrocarbons in reservoirs there. Furthermore, the study also concludes that extending the drilling of wells to east and west of the Belayim land field, is probable to yield more hydrocarbons.

There is currently extraction of oil and gas from these reservoirs in the oil fields in the study area, however, more detailed 2D and 3D seismic prospecting is required to try and maximize the full potential of an area with huge hydrocarbon production.