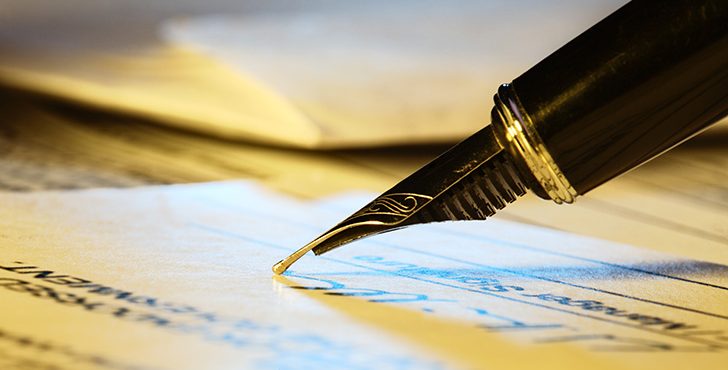 Production Sharing, Concession, and Service Agreements are the three basic types of the contractual arrangements executed in petroleum exploration and production. These agreements are concluded between the host country (HC), where the exploration and production operations will take place, whether in its onshore or offshore territories, and its national oil company (NOC) and a petroleum company (IOC). IOC may consist of one company or a group of companies (consortium) and might be local or international.

PSA is widely used in many countries; however, there is no standard or international model and each country may have its own version. Nonetheless, there are some basic features of the PSA model that are generally adopted:

IOC is appointed by the HC or its NOC as an exclusive contractor but not as a concessionaire.

IOC is conducting petroleum operations at its sole risk, at its own expenses, but under the control of the HC or NOC.

HC shall, in the case of commercial production, own the produced petroleum, except for a share that will be allocated to the contractor for the purposes of recovery of its costs and expenses and for the profit share.

After deducting the share allocated to the IOC’s cost recovery, as specified in the PSA, and might be different from an agreement to another, the remaining portion of the production shall be divided between the HC or its NOC and the contractor. This portion shall constitute the contractor’s Profit Share, which shall be subject to the percentage specified in the provisions of the PSA.

Entitlement to the assets (lands, equipment, tools, and installations) purchased by the contractor for operations under the agreement shall be passed on to the HC or NOC, immediately or overtime, in accordance with the cost recovery regime.

In principal, managing the operations under the PSA shall be under the control of the HC or its NOC.

An example of such a control mechanism, under the Egyptian petroleum exploration and exploitation agreement is as follows; during the exploration phases, contractor is obliged to prepare an exploration work program and budget for the area setting out the operations it proposes to carry out during the ensuing year. The work program and budget shall be subject to review by a joint committee (Exploration Advisory Committee), which shall consist of six members; three of them shall be appointed by the Egyptian General Petroleum Corporation (EGPC) and the other three by a contractor, the chairman shall be appointed by the EGPC from among its members.

Concession Agreement represents the second type of the basic petroleum exploration and exploitation contracts that organize ad govern the rights and obligations of the HC, NOC and IOC.

Concession Agreement is the first contractual arrangement known all over the world and since the World War II it became the common known type in most of the countries, especially in the industrialization ones.

Under the concession type, IOC shall become the owner of all petroleum produced from the agreement’s area, except the share of royalty to be paid by IOC to the HC or NOC. However, HC shall remain the owner of the petroleum up to the wellhead prior to production.

Under the Concession Agreement, the HC’s or NOC’s revenue from the produced petroleum shall consist of the royalty, which shall be paid either in cash or in kind upon the request of the HC or NOC, and an income tax to be paid by the IOC on its net profit achieved from the production. Other taxes and fees, which might be included in a special petroleum tax, are paid out on excess profit.

Concession Agreement is also referred to as “Tax Royalty Contract” or as “License” and its main features are the following provisions.

IOC shall own the whole production and can freely dispose of it, subject to the obligation of paying royalty and the obligation to fulfill the requirements of the local market, if any.

IOC may be subject to the payment of rental fees for the concession’s area. Such rental fees may be applied on the exploration period(s), or the exploitation period or on both.

IOC shall be obliged to pay royalty to the HC or NOC. It may be agreed that royalty is paid in cash or in kind upon the request of the HC or NOC, unless HC or NOC decided to exempt the IOC from paying such royalty.

IOC is obliged to pay Income Tax on its net profit achieved under the concession agreement, as well as any other taxes applied in the HC.

IOCs in between PSA & Concession Agreement

In both types, IOC carries all the financial risks, provides necessary funds, equipment, know-how, and professional personnel. However, there are several differences between the two – Concession Agreement and PSA – that IOCs should take into consideration.

Under the Concession Agreement, IOC is the holder of petroleum mining rights; whereas under the PSA, IOC only has the exclusive right to perform exploration and production operations.

Under the Concession Agreement, IOC shall pay the royalty, whether in cash or in kind; whereas under the PSA, royalty might be deducted from the whole production before making any distribution to such production. It may also be paid by the HC or NOC on behalf of the IOC or it may be completely waived.

Under the Concession Agreement, there is no recovery for IOC’s costs and expenses as IOC shall own the whole production, except the royalty share, if any; whereas under the PSA, IOC shall recover all of its costs and expenses from a share of production allocated to the account of the cost recovery, subject to review by the HC or its NOC.

Under the Concession Agreement, IOC shall pay the applicable Income Tax on its net profit, as well as any other kind of taxes imposed by the HC; whereas under the PSA, IOC might pay its own Income Tax, as well as any other taxes applied in the HC. IOC may also be exempted from paying any kind of the applied taxes, including the Income Tax or, HC or NOC may pay on behalf of the IOC and to its account of the applied taxes.

Service contract is the third basic form of the petroleum exploration and production agreements/contracts. It was formulated in Latin America in the 1950s and after that in the Middle East in the 1960s.The concept of this type is based on a simple formula, which is that a contractor shall be paid a cash fee for providing the service of producing oil and/or gas, and all production shall be owned by the HC or NOC.

SC for exploration and/or production of petroleum is now known as Risk Service Contract (RSC). In such a type of contracts, the HC or its NOC hires IOC that has technology and financial capability as a contractor to perform the exploration, development and production services in a specific area for a certain period of time.

Under such type of contract, IOC has no mining or mineral rights and the whole production belongs to the HC or NOC. Operatorship shall be transferred from IOC to NOC at a given date prior to the expiration of the contract, either on the commencement of production (as is the case of Iran) or after that.

RSC is similar to the PSA in the following aspects.

IOC bears all the financial risks and it will be reimbursed for its costs and expenses only if commercial discovery is achieved.

Instead of receiving a profit share from the produced petroleum under the PSA, IOC shall receive a fee under the RSC.

Service fee shall be paid in cash not in kind; however, in several countries contractor receives in kind a quantity of oil equal in price to the due fees, according to the market price of the oil on a due date.

IOC, after being reimbursed, may purchase a certain share of production at a discounted price (Buy-back Contract).

The fee paid to IOC shall be subject to Income Tax applied in the HC.

The question thus remains for the Egyptian oil and gas industry as to which type of these agreements is more suitable to be applied. Based on the above-mentioned features of the three types of the basic agreements and the fiscal system of each type, it appears that RSC may be the most favorable model for petroleum exploration and exploitation in Egypt.

I thus conclude that RSC would be most suitable for the country and its hydrocarbon sectors, provided that two conditions are met. Firstly, a contractor bears and pays its Income Tax, and, secondly, that a contractor agrees to take its fee in kind.