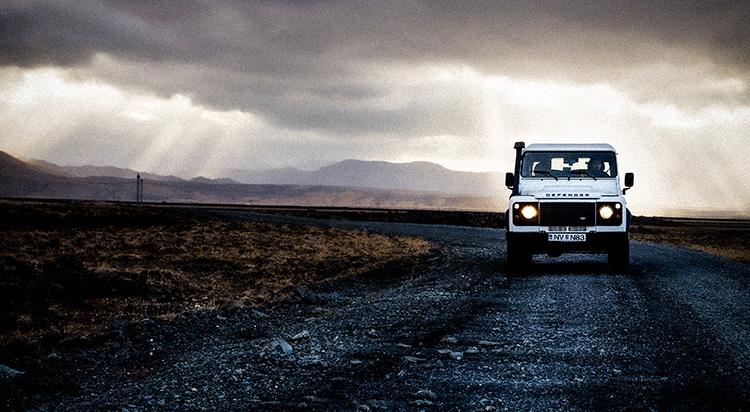 Last month, the Egyptian oil and gas sector was deeply shaken by a tragic incident that took the lives of four oil workers. The accident occurred when a vehicle carrying the workers hit an oil rig at the drilling site, leaving four dead and two others injured. This was not the first time that road safety was subject to skepticism in the oil and gas sector. Unfortunately, it might not be the last, either.

As a matter of fact, according to the National Institute for Occupational Safety and Health (NIOSH), motor vehicle crashes are responsible for more than 40% of work-related deaths in the oil and gas sector, becoming the number one cause of fatalities in the industry. Hence, it is time for oil and gas companies to take a closer look at what can be done to improve driver safety.

Staggering Impact on the Industry as a Whole

When it comes to media coverage, these casualties somewhat become a taboo. Unfortunately, casualties in the oil and gas sector never receive the amount of coverage they deserve, which tends to underplay the fact that the greatest cause of fatalities in the industry is actually something eerily commonplace.

Safety driving is a pressing issue in the oil and gas industry in Egypt, as it is the primary cause of field accidents, QHSE Consultant, Eng. El Sayed Hathout, told Egypt Oil & Gas. It has been long misinterpreted that such accidents mainly or even solely affect midstream oil and gas, but this is not true. Lack of safety driving takes its toll on oil and gas workers, as human resource is the heart of the issue.

Accidents alter the whole supply chain. When drivers have accidents, petroleum products may be compromised and supply may be reduced. However, Hathout told Egypt Oil & Gas that this, of course, does not compare to the loss of a life, adding that a worker’s life can be at stake because of driver safety issues in particular.

The recent World Health Organization (WHO) Global Status Report on Road Safety shows that Egypt loses about 12,000 lives due to road traffic crashes every year. As the oil and gas sector is one of the most dangerous sectors, it is well known that its casualties are typically higher than any other industry. Nevertheless, what is strikingly uncanny is the fact that the number of accidents worldwide is constantly on the rise. With more awareness on the subject matter, one would say that there must be some effort into reducing car accidents in the industry.
However, the latest data from the Bureau of Labor Statistics shows the numbers have not been improving.
In fact, the fatality rate is head-to-head with the employment rate in the sector.

Today, the oil and gas industry remains far more dangerous than any other industry, by precisely seven times more. And with crashes claiming the lives of 300 oil and gas workers over the past decade, driving continues to top the list of fatal dangers.

“Detrimental activities such as hasty driving, night driving and overloaded vehicles do not only cause accidents, but lead to catastrophes,” Hathout further said, explaining that these causes might be direct, indirect, immediate or even long-term; all of which prompt the lack of a proper journey management plan.

Reports show that 90% of car crashes in the oil and gas sector can be attributed to the driver’s behavior. The direct causes by the driver’s behavior include the lack of trainings, lack of vehicle inspection, not abiding with the rules and/or laws, expired driver’s license, or driving without car insurance.

As workers in the industry are predominantly young males who are required to drive through rural areas, mishaps are likely to occur if they are not strictly following the speed limit. According to Industrial Safety & Hygiene News (ISHN), a study of fatal oil field accidents in the US revealed that among the commonalities of fatal crashes were that they were typically caused by young males who were not wearing seat belts. Incidents where belts were not in use resulted in more than 38% of fatal accidents.

The WHO Global Status Report on Road Safety also states that although in Egypt there are indeed laws on speed limit, Blood Alcohol Concentration, seat-belt wearing and helmet wearing for the general population to follow, these laws are poorly enforced. In Egypt, many drivers do not even have a commercial driver’s license or receive any formal training.

Furthermore, the OSHA IMIS Database reports three out of every five “on-site fatalities in the oil and gas extraction industry are the result of struck-by/caught-in/caught-between hazards.” The stats are comprised of hazards from many sources, including moving vehicles, equipment, falling equipment and high-pressure lines.

Recent press reports cite concerns about “an unusual number of basic safety errors.” This can happen due to the high turnover as in some cases, many workers cross-train to take on construction jobs while being less experienced at driving. Thus, Hathout urges that drivers must be well-trained, vehicles must be inspected, and load and tasks must be controlled through a robust journey management.

Oil and gas workers sometimes work well beyond their ability to do their jobs safely. However, these workers more often than not get behind the wheel whilst they are too exhausted to function. Drowsy driving is a fatal indirect cause that easily risks a driver’s life. This can be attributed to tough working conditions such as long hours awake with no breaks, monotonous road environments, or night shifts.

According to Smith System Driver Improvement Institute, the first professional driver training company in the US, long hours are perhaps the biggest culprit when it comes to driver safety. Oil field workers might work for up to 13 hours intervals for two weeks in a row. The Centers for Disease Control and Prevention notes that this creates an unsafe work environment by demanding too many hours of service.

It comes as no surprise that the leading cause of accidents in the oil and gas industry is driver fatigue. Over the years, studies have shown that insomnia has the same effect of being under the influence of drugs. In addition to long hours, shift work and irregular workings hours are also among the indirect causes that threatens a worker’s life. Workers on night shifts are shown to have more instances of insomnia and daytime sleepiness, both of which increase the risk of work-related incidents — including vehicle crashes.

On the other hand, Hathout also suggests that mental health also has a compelling impact on safety driving. Some indirect causes may be related to the driver’s schedule. For instance, working day shifts and nights shifts can cause lack of sleep, not enough holidays, lack of time management, etc; all things that are deemed unhealthy for the mental state.

Other than that, sometimes accidents are often the result of external factors.

Safety driving may be at stake because of the road itself. Drivers trying to navigate unlit roads on their way home can end up on rural, poorly maintained roads that lack firm shoulders, adequate signage, and other safety features. Meanwhile, remote worksites lack nearby housing, and many oil and gas workers must travel long distances and for many hours in their commutes to and from work.

It is important to note that work is also done in all kinds of weather conditions, no matter how they may be. This, of course, can be very dangerous to driving.

Considering that on-the-job crashes cost employers billions of dollars every year, and a single fatality can cost the company, on average, $671,000, investing in driver training programs can quite pay off.

Hathout says that everyone in the sector is obliged to take a defense driving course, which is divided into two levels, one for those who have private cars and one is specialized for drivers, especially for those who drive trucks.

Shell Egypt, for instance, develops a number of social investment and development programs as part of its social responsibility towards host communities. As these programs focus on human capital development, Road Safety is an integral part of Shell Egypt’s social investment. In light of this theme, ‘Safe Driving’ awareness sessions and practical training are encouraged among hundreds of school bus drivers. In addition, Shell Egypt has taken different measures to promote and raise awareness of the importance of road safety for children at public schools and to the general public. Shell has also installed 180 reflective road signs at 60 exists on the Ring Road to enhance the safety of driving at night.

On the other hand, Wayne Vanderhoof, CSP, President of RJR Safety, Inc., told ISHN that some operators and contractors implement Fatigue Management Programs. Wayne elaborated that the programs generally state that workers cannot work more than 16 hours a day without having a straight eight hours of off-time. But this is hardly implemented when the worker works 16 hours and then drives home or to a hotel up to two hours, which makes a total of 20 hours and leaves workers with only four hours of downtime. Some workers work more than 12-hour shifts on a continuous basis for weeks at a time. “This Fatigue Management Program, along with other safety procedures, are only as good as when contractor management enforces and supports the procedures and programs.”

In another ISHN interview with Kari Cutting, VP of the North Dakota Petroleum Council, the VP says, “Preventing work-related roadway crashes requires strategies that combine traffic safety principles and sound safety management practices. Although employers cannot control roadway conditions, they can promote safe driving behavior by providing safety information to workers and by setting and enforcing driver safety policies. Crashes are not an unavoidable part of doing business. Employers can take steps to protect their employees and their companies.”

Thus, in the end, it is necessary for the entire sector to invest more capital and more thought to safety driving. To ensure that workers have a seamless and safe driving experience to and from their worksites, training programs must become mandatory to everyone in the oil and gas sector. Furthermore, safety policies and strategies by big oil companies should serve as a guideline for other companies to follow. Meanwhile, these big companies should still tackle the issue and introduce more rigid solutions.