How Can Satellites Reshape the Oil Industry? 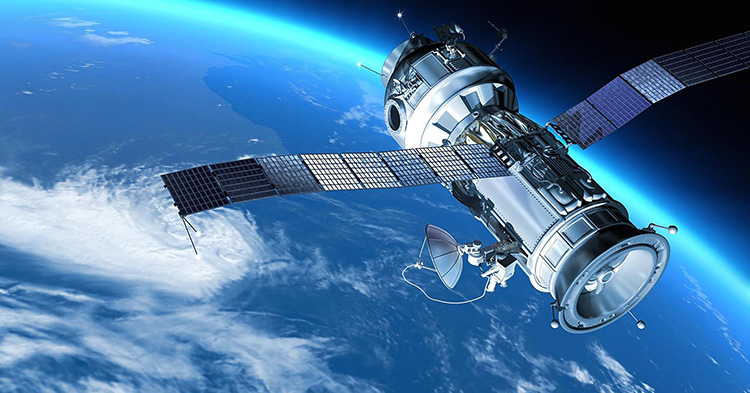 Before talking about the future, it is always useful to take a look back into the past. In the mid-18th century, a two-wheeled wagon, attended by two men and drawn by eight horses, took about six weeks to carry four tons of goods between London and Edinburgh. At the same time, a ship navigated by six or eight men carried a load of about 200 tons between London and Leith, which is another city in Scotland near Edinburgh. Accordingly, we can argue that using a ship would allow for delivering a shipment that would need 50 wheeled wagons, 100 men and 400 hundred horses, during the same period of time, as Adam Smith argued in his book “Wealth of Nations”.

The history of trading is linked to that of energy and vice versa. Trade requires the transfer of goods or services, which needs all sorts of energy. You can transport goods by galleys using human energy from rowing, or sailing ships using wind energy as well as steamships run by coal-generated thermomechanical energy.

The first coal mines were worth more if they were close to water or ports; however, these mines were also more prone to flooding risks. Steam engines were the first solution for this problem, since more or less the same engines were then used in marine transport.

People then tried to mimck the waterways, through the use of railroads, thus reducing time and saving energy – even war had its role. At the beginning of the 19th century, England was busy with Napoleon’s imperial France, so horses were needed for millions of soldiers (yes millions!). This pushed the British even further towards the rails (trains), driven by steam engines.

At about the same time, on the other side of the Atlantic in North America, unionists and confederates gave it their best. The unionists blocked the ports of the south not allowing turpentine’s trade. Turpentine, a fluid used for lighting, was a source of income for the southern landowners and was then refined in the northern refineries. Nevertheless, the confederates were not far behind with the whaling hunt, as they gave a blow to the whale oil’s trade, which was concentrated mainly in northern ports. As a result, the use of kerosene, extracted from oil, further increased.

Another story could help us learn a history lesson. In 1912, the British Royal Navy started using oil for the first time instead of coal. Winston Churchill, then the First Lord of the Admiralty, was decisive in this turn, which changed everything in the British Navy.

The Rising Role of Satellites

With the increasing usage of oil along history, the need of monitoring its usage has also increased. Nowadays, the implementation of the Automatic Identification System (AIS) has allowed for more information on this matter. Although its use has been supposedly mandatory for years now, the technology is not always applied, as ships can deactivate the system. There are even ships that send false information, as indicated by a story that was recently published in the Wall Street Journal.

North Korea is smuggling coal and oil, as is the case with the Yuan Bao ship, which was raising the Panamanian flag. The Wall Street Journal said that the ship left the port in Taiwan and switched off its AIS system to plan a maritime rendez-vous with the North Korean Paek Ma. The meeting takes place off the East China Sea, and as the ships came closer, the oil was transferred.

The satellite industry, which is growing worldwide, could be used to prevent such cases of oil smuggling and illegal trading.

For high-resolution images, it is necessary for satellites to be in low orbit that is close to the Earth. Since satellites do not remain on a fixed distance from the Earth in its orbit, there is a need for a satellite constillation to cover the same area more frequently. One challenge to consider is that a traditional SAR satellite weighs over 1,200 kilograms and costs around $500 million. So, a constellation of SAR satellites would be expensive. What could be the solution then?

Capella Space, a San Francisco-based startup and a pioneering company in the field of microsat and nanosat, has succeeded in dramatically reducing dimensions and costs. From its sattelites’ initial length of 5 meters, it has reached 60 centimeters; and from more than a ton of weight, it has reached less than 40 kilograms. The company plans to launch a constellation of 36 satellites, providing images with high resolution from every corner of the planet with hourly updates.

One of the main clients of the San Francisco startup is the American defense industry. The company will in fact be the only one to provide SAR images at a national level in the United States. In venture funding, the company previously won a $11 million contract from the Pentagon.

From commodities trading to urban development, infrastructure, shipping, and security, companies are demanding more data more frequently to feed their algorithms and create new ones in order to be up-to-date, considering that the economy moves rapidly in every aspect, with cash flows, labor movements, and even information that simply does not exist today yet.

Having time updates will allow for correlating SAR images with the AIS system, and analyzing the movements of the boats without AIS manipulation will definetely bring hard times for smugglers not only of raw materials and oil, but also for illegal fishing, drug smuggling, and human trafficking.

This article was originally published in Italian in Econopoly- ilSole24ORE. Translated to English and edited through a cooperation between the author and Egypt Oil & Gas. @Raff_Perf