Getting Rid of the Elephant in the Room 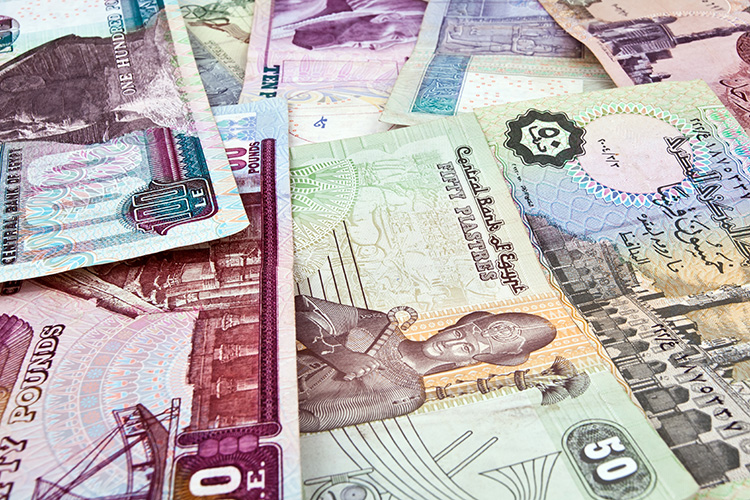 Setting a robust national fuel price could be the first step taken towards a more sustainable future, however, there’s a multi-billion-dollar elephant in the room.

Fossil fuel subsidies (FFS) tend to incentivize the production and consumption of more fossil fuels without any rationalization to energy waste management. This creates a state of apathy towards fuel prices as governments around the world subsidize fossil fuel with billions of dollars every year. These subsidies can be economically inefficient for many reasons. One of them is manifested in the latest International Monetary Fund (IMF) study on FFS, which projects that eliminating FFSs could raise global economic welfare by $1.8 trillion.

Fossil fuels, which consist primarily of coal, oil and natural gas, currently comprise over 80% of the global energy supply. Tim Grosser, New Zealand’s Ambassador to the US and former Minister of Trade and Climate Change Issues in New Zealand, has previously pointed out that “it is completely incoherent for the world to be tentatively coordinating actions to put a price on carbon, while simultaneously massively subsidizing the consumption of carbon.”

Likewise, as Jim Yong Kim, Former President of the World Bank, put it, “fossil fuel subsidies send out a terrible signal: burn more carbon.” Thus, governments are now starting to realize the unpaid burden on economies and health created by FFS. Reforms have started to emerge accordingly to phase out FFS, as well as provide consumers with a reason to save energy efficiently and promote the commercialization of renewable energy and other clean technologies.

The Hoax of Freedom Molecules

Last June, a new name for fossil fuels made headlines in the US. The Trump Administration and US Department of Energy (DOE) rebranded fossil fuels as “Molecules of US Freedom.” The move was criticized by the media and was seen as downright “Orwellian”. Paradoxically, this was said at the Tenth Clean Energy Ministerial (CEM10) in Vancouver, Canada where the DOE said it was “highlighting its efforts to advance clean energy” along with ministers who gathered to accelerate their goals towards a clean energy future.

The Washington Post commented on this saying that, “the choice of words is the latest linguistic flourish from an administration promoting an energy dominance agenda — that is, one in which the United States focuses on expanding all forms of energy production, including fossil fuels, in an effort to make the country a net energy exporter.”

Fossil fuels and nuclear energy around the world have been getting subsidies for decades. According to the 2015 working paper by the International Monetary Fund (IMF) entitled “How large are global energy subsidies?”, fossil fuels receive an approximate of $5.3 trillion of subsidies globally each year, which is equivalent to 6.5% of the global gross domestic product (GDP).

This entails a double standard when it comes to FFS coming from developed countries that endorse sustainability. According to 2016 estimates by the International Institute for Sustainable Development’s Global Subsidies Initiative, in 2020, Canadian consumers are forecasted to pay between $18 and $30 per ton of fuel. Meanwhile, oil and gas producers subsidize fossil fuel production at $19 per tonne. Thus, fossil fuel subsidies pull in the opposite direction of fuel prices. This system is like raising cigarette taxes whilst subsidizing tobacco companies. It simply does not make sense.

According to Energy subsidy reform for growth and equity in Egypt: The approach matters, an article published in June 2019 by Breisinger et al., phasing out energy subsidies is high on the agenda of policymakers in several Middle Eastern and North African countries. This is mainly because energy subsidies often come with several side effects, particularly in developing countries where subsidies often contribute to large fiscal deficits.

It is important to note that renewable energy also receives subsidies, but not in the same degree. Jake Richerdson, author at Cleantechnica, wrote in 2018 that there is a misconception surrounding renewable energy subsidies aimed to silence those who advocate for clean energy. The misconception is that all of the renewable energy growth in recent years is attributable to subsidies. But in reality, fossil fuels and nuclear power have received much more government subsidies historically speaking than renewables ever did.

According to the Direct Federal Financial Interventions and Subsidies in Energy in Fiscal Year 2016 published by the US Energy Information Administration (EIA) in 2018, fossil fuel subsidies outstrip renewable energy subsidies by nearly tenfold. Studies by the International Energy Agency (IEA) estimated that the value of global fossil fuel subsidies was $490 billion in 2014, with a subsidy rate of 21% on fossil fuel products.

The impact of this inefficiency results in a fiscal burden of inefficient fossil fuel subsidies that weighs heavily on the economies of some developing countries, squeezing the resources that could be available for other industries. Haidy Riad, Sustainable Development Economist at Ministry of Planning, Monitoring and Administrative Reform, told Egypt Oil & Gas that fossil fuel subsidies “distort markets and disincentivize investments in renewable energy and energy efficiency.”

Breisinger et al. suggest that fossil fuel subsidies should not simply be eliminated entirely, but rather reallocated toward more sustainable categories, such as infrastructure, education, health, or renewable energy sectors with a concentration on biofuels. Malaysia, for example, is completely removing all fuel subsidies and using the saved funding to cut the budget deficit and spend it on education, health, and other service sectors.

Riad further revealed to Egypt Oil & Gas that renewable energy companies have struggled in Egypt to expand their market, as growth has been hampered by the lack of support from local banks for renewable energy projects, the high cost of needed station components, and little interest from citizens.

As leaders began to revisit their fossil fuel subsidy reforms (FFSR), they also started seeking ways to “rationalize and phase out inefficient fossil fuel subsidies that encourage wasteful consumption over the medium term,” according to the United Nations Framework Convention on Climate Change (UNCCC). FFSR began to constantly appear in any agreement involving both developing and developed countries that promotes development. This was followed by the inclusion of FFSR as part of the Sustainable Development Goals adopted by the UN General Assembly in September 2009.

That way, phasing-out fossil-fuel subsidies represented a triple-win situation. It would enhance energy security, reduce emissions of greenhouse gases and bring improved fiscal space for governments. This should further provide nations with an incentive to make subsidy reform a key policy within wider and more comprehensive strategies to achieve sustainable development.

As per Egypt’s Renewable Energy Outlook conducted by the International Renewable Energy Agency in 2018, one of the main goals to ensure the security of supply aims to include the rationalization of demand and reformation of energy subsidies without putting excessive financial costs onto citizens.

In a 2016 paper entitled “The G7’s Pledge to End Fossil Fuel Subsidies by 2025: Mere Rhetoric or a Sign of Post-Paris Momentum?” published by the European Society of International Law, it is explained that despite the intergovernmental agreements to phase out FFSs, FFSs remains prevalent worldwide.

In 2015, a report titled “Empty Promises” published by the Overseas Development Institute (ODI) and Oil Change International (OCI) described the huge number of subsidies to the oil, gas and coal industry as a “publicly financed bailout for some of the world’s largest, most carbon-intensive and polluting companies.” According to the authors of the report, G20, made up of the world´s 20 wealthiest countries, awarded the industry with over $444 billion worth of subsidies for the production of fossil fuels alone. Internationally, this figure increases to at least $775 billion when more countries and consumer subsidies are included.

The IMF data reveal a simple and stunning truth: that fossil fuel subsidy reform alone would deliver far more benefits than it is required for a global energy transformation.

In Egypt’s Renewable Energy Outlook, it is estimated that power provided by renewables would free up depleting hydrocarbon reserves, reducing distortion of the energy markets by alleviating the heavy burden subsidies placed on government finance and investment.

“Egypt’s Vision 2030 aims to achieve a diversified, competitive and balanced economy within the framework of sustainable development. Renewable energy has a central role to play. Egypt’s ambition to become an energy hub between Europe, Asia, and Africa by expanding grid interconnections across the Arab region and beyond,” Riad told Egypt Oil & Gas.

According to Riad, in order to meet the burgeoning energy demand, the Egyptian government has set an energy diversification strategy known as the Integrated Sustainable Energy Strategy (ISES) to 2035 that aims at ensuring the continuous security and stability of the country’s energy supply. The country’s achievements can be seen as the total installed capacity of renewables amounts to 3.7 gigawatts (GW), including 2.8 GW of hydropower and around 0.9 GW of solar and wind power. “Egypt is home to a wide array of untapped solar and wind resources, and according to the ISES 2035, renewable energy capacity should contribute 42% of power capacity by 2035,” she said.

“However, the successful realization of such deployment would require significant adjustments to Egypt’s sustainable energy strategy. Eliminating such subsidies would relieve the government of a heavy financial burden, which has been a strain amid diminishing state revenues. For Egypt to capture the complete benefits of renewables, the government must consider both financial and technical challenges,” Riad concluded.