Geopolitics and Natural Gas Development in the Eastern Mediterranean 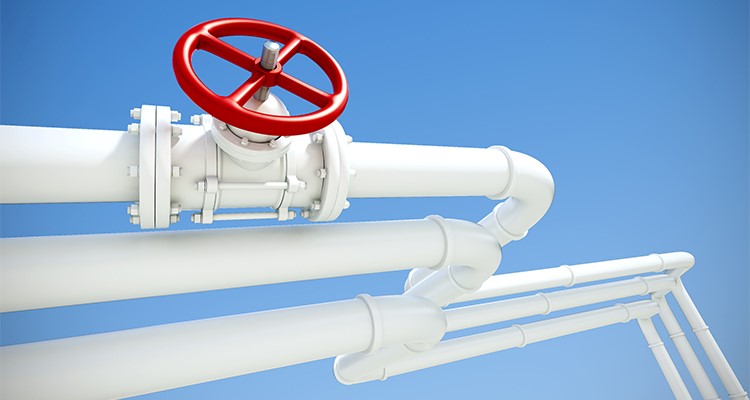 Within the past few years, the context of geopolitics in the Eastern Mediterranean region has drastically changed. Is there a hidden agenda behind the fundamentals of this newly formed gas market? Or is it just the simple truth that peripheral power prevails when consolidated?

The geographical barriers between countries cause territorial restrictions in the gas supply. Thus, it is often said that one of the primary objectives of the East Med is to overcome these barriers and bring regional countries closer together to create an East Med gas hub.

However, according to a presentation titled by “the Geopolitics of East Med Gas: Hyped Expectations and Hard Realities”, presented at the Middle East Energy and Geopolitics Conference, in Beirut, June 2019, although the East Med comprises neighboring countries, it is still not a unified region, as countries have different political agendas.

Since 2009, the East Med has emerged in the global natural gas market scene as a region with a high potential for hydrocarbon resources. It was estimated by the US Geological Survey that natural gas ranges from 122 and 223 trillion cubic feet (tcf) in Egypt, Israel and Cyprus, cited in article named by “Gas and Conflict in the Eastern Mediterranean”, in February 2019. With new natural gas discoveries taking over the region, the prospects of liquified natural gas (LNG) exports was taking center stage at first. However, the focus recently shifted toward the development of regional projects. And because LNG global markets are less politicized, such a shift exposes the region to more politicized gas-related activities.

Regional forums and agreements are bound to provide new opportunities to resolve any disputes and maximize hydrocarbon resources utilization. Accordingly, the East Mediterranean Gas Forum (EMGF) was a suitable platform for such cooperation to take place.

Member States’ Agreements and the EMGF

The Greek Cypriots and Turkish Cypriots made a joint declaration to improve cooperation driven by the natural gas discovery in 2014, according to Anastasiades – Eroglu Joint Declaration. In February 2014. Cyprus, Egypt, Greece and Israel have signed an energy memorandum in 2017, where they discussed hydrocarbon resources development; that agreement became known as Tripartites. The “Energy Triangle” is also another agreement created between Cyprus, Israel and Greece to improve diplomatic relations, as cited in EuroMescaco Policy Brief in 2018. Consequently, the Greek Cypriots declared interest in promoting relations between Egypt and the European Union (EU) in 2017. In accordance to all these agreements, EMGF was formed to combine all its targets under the forum’s umbrella.

The East Med is well known for its complicated disputes due to recent natural gas developments and discoveries. These disputes might negatively influence investments. However, the main geopolitical challenge in the region remains to be the unresolved territorial disputes and high geopolitical risks.

On the other hand, some experts argue that the East Med could face pricing issues as the needed utilities might not be affordable in regards to the market prices. In fact, experts expect that the economical impact would affect the entire region. The international market might stretch beyond the regional price realities, which makes it both unpredictable and out of reach of regional states. Meanwhile, international oil companies (IOCs) might continue to push for global LNG to reduce costs. According to a 2019 paper entitled “Eastern Mediterranean Hydrocarbons Prospects: In Need of a Pragmatic Geopolitical Assessment”, the best thing that the regional countries can do is to boost energy cooperation and seek energy-related activities in the region to resolve conflicts and bridge differences.

Therefore, unless gas reserves enter the international market, the East Med would most likely be a game changer – but only for its country members.

The Law of the Sea

The international law provides different solutions and tools for coastal countries. The Law of the Sea presents and preserves the coastal states’ rights, obligations and the usage of hydrocarbon resources. It is crucial for borders’ delamination as well. The law states that coastal countries have the right to use hydrocarbon resources in the maritime areas that are adjacent to their coasts.

However, in case borders overlap, countries must involve a third party as an international court or tribunal to make a maritime delimitation agreement. If there were no delimitation agreements, a coastal state may identify its maritime areas’ outer limits based on the rules for unilateral delimiting maritime boundaries.

Inside the Region – Outside the EMFG

The region is composed of Turkey, Greece, Cyprus, Israel, Palestine, Jordan, Lebanon, Egypt, Italy and Syria. As EMGF is a new international natural gas player in the region, it derives its forces from the recent natural gas discoveries. The forum aims to overcome any political rivalries in the region. Nevertheless, there were some regional countries that chose not to join.

Because of disputes related to Cyprus’ Exclusive Economic Zone (EEZ), turkey is unlikely to join. However, including Turkey’s natural gas will improve the EMGF’s position, according to the Atlantic Council. A resolution between both countries should be sought.

Likewise, Syria still suffers in the mire of conflict and war along the rest of its borders, thus, the reason behind not joining the EMGF.

Another country that did not join the EMFG is Lebanon. Yet, the first six months of 2019 saw an unusual series of meetings between Lebanese and Egyptian officials promoting energy cooperation. According to the Middle East Strategic Perspective, if Lebanon is abstaining from joining the EMGF, then it should strive to make it up by strengthening bilateral ties with the rest of its neighbors, especially Egypt.

Outside the Region – Eyeing the EMFG

According to the Institute for Security and Development Policy, April 2019, as the East Med is becoming increasingly interdependent in terms of energy, a “solid framework for political cooperation” is gaining momentum, which well extends far beyond the region’s geographical location to attract other areas with mutual interest.

The US announced its support for the forum and its interest in continuous future investments in the member states. Charles Ellianas, Hydrocarbons Company CEO, previously stated that in an interview by New Europe website that Washington supports the EMGF to export natural gas to Europe in order to reduce the dependence on the Russian natural gas, in case the natural gas of the region was competitive with prices prevalent in Europe.

France is also looking forward to importing natural gas from Egypt and other Mediterranean countries, as cited in El-Ahram Weekly in July 2019. The EU finds it a suitable source for natural gas providence. The Hydrocarbons Company CEO also declared that LNG from Egypt’s existing LNG plants at Idku and Damietta can be exported to Europe due to its very low liquefaction costs, making it commercially viable.

The EMGF is beneficial for IOCs such as Eni, Noble Energy, Total, ExxonMobil, Royal Dutch Shell; which already have their own exploration licenses in the region. However, Ellianas announced that such a forum is useful in a political context but still lacks practicalities where the region needs specific dispute resolutions.

Energy plays an important role in the national security of any country as fuel empowers the economic engine, but it can also become a source of friction and conflict. Accordingly, EMGF was formed among seven countries in the East Med. As per the forum, Egypt is planning to become a regional energy hub, Israel is looking forward to exporting its natural gas to Arab countries, and Cyprus is seeking additional offshore explorations in its economic zone, as stated by the Atlantic Council. Accordingly, disputes should be resolved in the future, reaping up the fruits of cooperation.