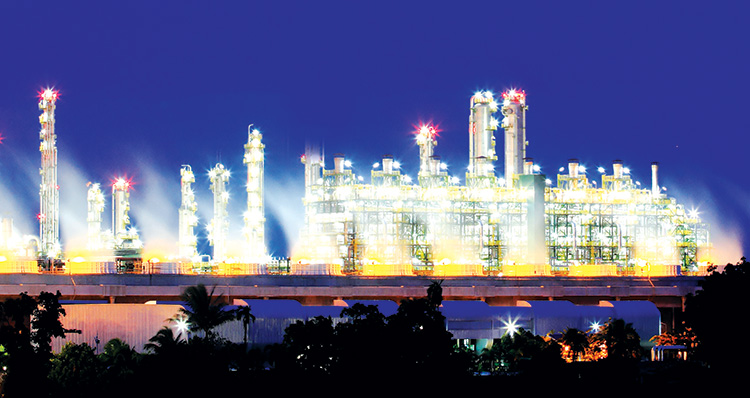 Recent decades have seen a marked boom in the development of offshore oil and gas activities. Due to the increasing energy demand and new technological innovations, offshore drilling extended their activities in the deep water areas. As of today, almost a third of the oil and a quarter of the natural gas consumed in the world comes from the underwater. This rush to offshore oil and gas exploration and production is not about to end as forecasts show a continuing growth of production in traditional offshore regions and significant development in new areas, particularly the Eastern Mediterranean region.

Gas regulations in Constitutions and Laws

Non-renewable geological resources depletion rate exceeds the rate of production. That is why it is necessary to preserve the resources for future generations and not to consume or destroy. One way to do this is by legislation; in other words, the existence of laws to conserve natural gas. These laws protect gas regulations in areas including the East Mediterranean Gas Forum (EMGF) countries. The Forum was held on January 14 in Cairo at a meeting comprising energy ministers from Egypt, Cyprus, Greece, Israel, Italy, Jordan and the Palestinian territories. Headquartered in Cairo, the Forum is planned to ease exploitation of East Mediterranean gas reserves to further improve economic development in the region.

Due to new discoveries in Egypt, which has the potential to become a regional hub, Article 32 in the Egyptian constitution states that natural resources belong to the people. The state commits to preserving such resources and their exploitation, preventing their depletion and taking into consideration the rights of future generations. The state also promises to leverage renewable energy resources, encouraging investment and promoting relevant scientific research. In accordance to economic feasibility, the state supports the manufacture of raw materials and increases their added value, granting the right to exploit natural resources or a concession to a public utility for a period not exceeding 30 years.

On the other hand, in August 2017 Egypt issued law no. 196 for year 2017 on the “law for gas market activities regulation” as a milestone for liberalizing the gas market in Egypt. This legal framework aims at creating a liberalized gas market with the opportunity for competition in the downstream activities amongst potential market players. The Executive Regulation of the Gas Law was issued on Feb 14, 2018.

This law is a new stage to develop the gas market by allowing the private sector to sell gas in the domestic market and encourage new investment in activities such as gas shipping, transmission, distribution, storage, supply, marketing, trading and liquefied natural gas (LNG) activities. Many opportunities are now offered for the private sector, most notably is allowing third party access on a nondiscriminatory bases to the gas facilities.

Moreover, the Legislative Decree no. 93 of June 1st 2011, which relate to common standards for the internal markets of electricity and natural gas, and to community procedures on the transparency of prices of electricity and natural gas final industrial customers, delegates to the Ministry of Economic Development the preparation of the plans provided for by article
no. 5 and 10 of the regulation.

The legal framework pertaining to hydrocarbons in Greece is mainly shaped by Law 2289/1995, which regulates the prospecting, exploration and production activities related to hydrocarbons in Greece and sets out the requirements for the licensing of the respective rights. Law 2289/1995 was amended by Law 4001/2011, which also established the Hellenic Hydrocarbon Resources Management S.A. (HHRM) as the competent authority for the management of these rights on behalf of the Greek State.

The rights to carry out exploration and production activities belong exclusively to the Greek State. Hellenic Hydrocarbon Resources Management S.A. (HHRM) is entrusted with the management of the respective rights on behalf of the State, and is vested with the authority to license them.

Cyprus petroleum regulations are based on a production sharing contract (PSC) system where the terms are negotiated before a license is awarded and therefore vary from one license to another. The generic PSC terms and conditions are defined by the Council of Ministers which is the executive branch of the Cypriot government.

The exploration and production (E&P) activities in Cyprus are governed by the Hydrocarbon (Law no. 4(1)/2007) and the Hydrocarbon Regulations of 2007 and 2009 (no. 51/2007 and 113/2009). Hydrocarbon activities are subject to general Cypriot laws and regulations on health, safety, and environment (HSE). The European Union Directive, on the conditions for granting and using authorizations for the prospection, exploration and production of hydrocarbons (directive 94/22/EC) and other relevant EU legislation, applies to oil and gas activities in Cyprus.

The natural gas authority in the Ministry of Energy acts according to the Natural Gas Sector Law and promotes the law’s goals such as developing the natural gas sector, ensuring regular and reliable supply, encouraging competition, ensuring the maintenance of safety and setting suitable tariffs. Authority ensures all consumers, without prejudice, must be connected, as Section 31 of the Natural Gas Sector Law, which provides services to every consumer and any person wishing to become a consumer (according to the license’s conditions) without discrimination and on an equal basis. Services cannot be conditioned.

The authority promotes long-term strategic planning, grants licenses in the field of natural gas and supervises licensees, sets tariffs and standards for the provision of services, clarifies disagreements and determines arrangements between the players in the market and handles consumers’ complaints.

In Jordan, the oil and gas industry is governed by the Constitution of the Hashemite Kingdom of Jordan adopted in 1952 (Article 117: Constitution) and the Law of 1968, No. 12, on Management of Natural Resources (Natural Resources Law), which mainly addresses the mining industry.  Any concession granting a right for the exploitation of mines, minerals or public utilities must be sanctioned by law. Under the Constitution, all mineral resources within the territory and the territorial seas of the Kingdom are under state ownership. For a party to obtain the rights for E&P activities of oil and gas and other mineral resources, consent must be given by the government. The constitution also provides that such rights must be granted under a concession or other special agreement authorized under the legislation. The government’s consent is granted through the Cabinet. After consent is given, the Natural Resources Authority may enter into a concession agreement with the contracting party (Contractor). Under the supervision of the Ministry of Energy and Mineral Resources, the Natural Resources Authority is authorized to act on behalf of the government to explore, develop and produce of hydrocarbons and other mineral resources of the country.

Regulation of oil and gas operations has existed in various forms for over 100 years. Regulation has several objectives: protecting the environment, protecting cultural resources, protecting workers’ and the public’s health and safety, and reducing wasted resources. State governments regulate various aspects of oil and gas operations according to their resources. Who regulates what depends on land ownership and whether federal regulations or state laws apply. In general, most drilling and production is regulated by the states. 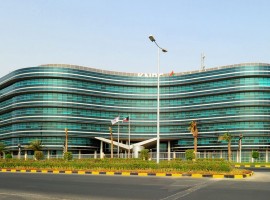