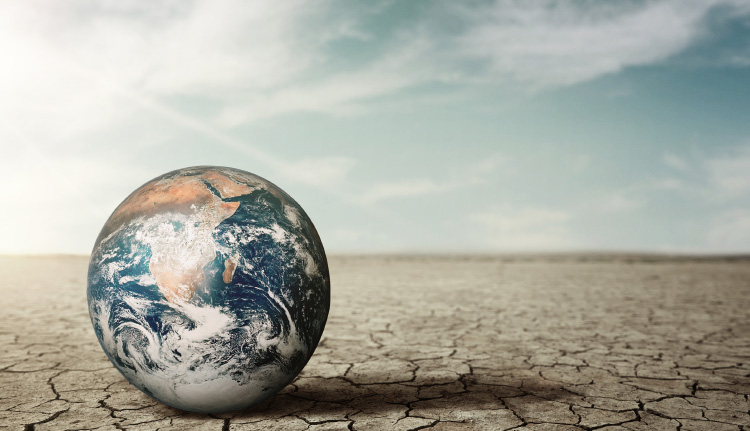 Awareness of climate change and the need for global action is increasingly widespread across the world. Scientists estimate that to mitigate the impacts of the changing climate, humanity must stabilize the atmospheric concentration of carbon dioxide (CO2) at approximately 350 parts per million (PPM). Atmospheric CO2 measured at the NOAA’s Mauna Loa Atmospheric Baseline Observatory has reached a monthly average of 419 parts (ppm), the highest level since the start of the measurements in March 1958. At this point, governments and policymakers have resorted to carbon dioxide removal and utilization technologies, mainly electrochemical reduction, as the key to fulfilling the goal of net-zero greenhouse gas (GHG) emissions by 2050.

As climate concerns intensify, the world tends to explore advanced technologies to reduce emissions in hard-to-abate sectors, such as oil and gas, and also to draw down CO2 levels in the atmosphere. High on the list comes carbon capture and storage (CCS), an umbrella term for a family of technologies and techniques that serve to remove/sequester CO2 from the atmosphere and bury it underground in saline aquifers. With CCS, CO2 is treated as a waste product that has to be disposed of properly, just as sewage and other pollution hazards.

Implementing CCS technology not only requires high capital and operating costs, but also has no economic benefits. Instead of being buried underground for long-term storage, the captured CO2 can be used as a feedstock to produce value-added products. This process is known as carbon capture and utilization (CCU). Moving forward, CO2 has many potential uses, either directly or indirectly by conversion. To manifest, the direct use of CO2 has been practiced for decades with mature technologies in various industrial processes, such as CO2-enhanced oil recovery. Additionally, there are many technological pathways for converting CO2 into commercial products. Among all the proposed technologies, electrochemical process is considered to be the most promising.

The electrochemical reduction of CO2 is a complex conversion consisting of multiple elementary proton-electron reactions. It is based on the co-electrolysis of steam (H2O) and CO2 using solid oxide electrolysis cells (SOEC). Moreover, the process can be a viable alternative production route of syngas, which is the key building block of chemical industry. The syngas can then be converted into synthetic fuels, such as gasoline, diesel, and methane. It is worth noting that CO2 electrochemical reduction is also realized under power-to-fuel technology.

For further illustration, the SOEC operates at high pressure (>1 MPa) and high temperature (>800°C). While CO2 is converted at the negatively charged cathode to primarily CO, methane, ethylene, and formic acid, H2O is oxidized into O2 at the anode. After that, the resulting product, syngas (H2 + CO), is converted via the Fischer–Tropsch process into long-chain hydrocarbons (-CH2 -), known as Blue Crude, to produce fuels or chemicals. Most importantly, the Fischer–Tropsch process is exothermic, and thus the synthesis heat released can be used to vaporize water for steam electrolysis. The co-electrolysis of H2O and CO2 can achieve an efficiency of 70%, making it by far the best of all carbon utilization technologies.

Electrochemical reduction is gaining traction as a cost-effective and economically driven technological pathway. This novel technology will reduce the dependency on fossil fuels for chemical synthesis, as it is possible to drive the process toward the desired products. To illustrate, the product distribution depends on the choice of electrolyte, the concentration of electrolyte and dissolved CO2, and the reaction conditions. Furthermore, the electrolyte may be recovered for re-use, and hence the chemical consumption can be minimized.

However, several challenges have plagued the widespread adoption of the technology, including a lack of globally enforced carbon regulation, low practical carbon sequestration capacities, and capital and operating costs. Recently, many studies have been performed showing the techno-economic feasibility, sustainability, and social perception of CO2 conversion technologies. Take, for instance, the EU’s Energy program has developed a roadmap for the electrochemical reduction of CO2, tackling both short-term and long-term goals and challenges.