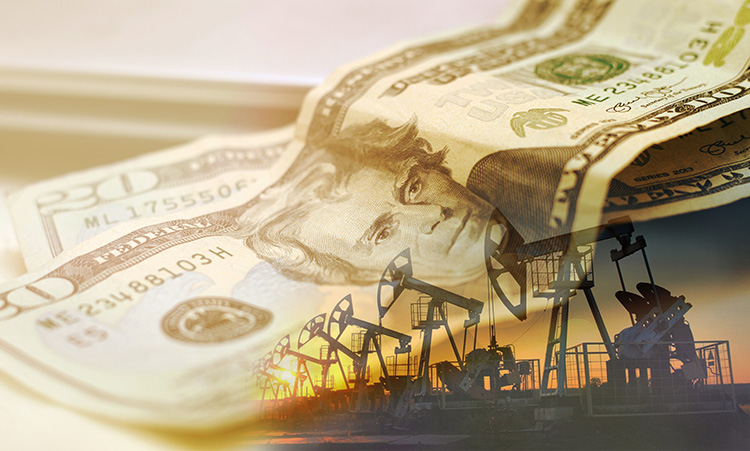 For a long time, the government’s temporary inability to pay all its dues to foreign companies has directly affected business transactions in Egypt. Mergers and Acquisitions (M&A) transactions were inevitably afflicted by these delays, too. However, as the government endeavors in reducing its arrears to International Oil Companies (IOCs), M&As are availing themselves of this opportunity.

The Gradual Phasing Out of a Long-Standing Issue

The data of the Ministry of Petroleum and Mineral Resources reveals that receivables to foreign companies have been piling up throughout the years, to reach a culmination of $6.3 billion in Fiscal Year (FY) 2011/12. A BNP Paribas study on Egypt’s petroleum industry showed that the accumulation of the Egyptian General Petroleum Corporation (EGPC) arrears to upstream investors at that time represented around 2% of Egypt’s Gross Domestic Product (GDP).

Since then, receivables to IOCs have been strikingly decreasing over a period of about seven years. In FY 2012/13, arrears slightly declined, reaching $5.4 billion. But then in FY 2013/14, they bounced back again to around $ 5.9 billion. The petroleum sector succeeded in reducing these dues in FY 2014/15 to $3.5 billion. And then in FY 2016/17, foreign partners’ receivables amounted to roughly $2.4 billion.

Tarek El Molla, Minister of Petroleum and Mineral Resources, said in February 2019, “The efforts of several government agencies and the restoration of the confidence of our partners from IOCs through the reduction of arrears by more than 80%, are reflected by [IOCs’] continues effort and increase of investments in the past period.”

In July 2019, the total arrears that the government owed to IOCs dropped to $900 million. This comes as a part of the government’s plan to completely wipe out all arrears by the end of 2019. When El Molla was asked in 2016 when will the debt be fully retired, he answered, “We aim to pay off the rest of the dues in a timely manner to keep foreign investor confidence in the Egyptian economy as well as accelerate the development of discovered fields, therefore boosting exploration and development investments, and increasing production.”

During the Egypt Oil & Gas (EOG) second Upstream Operational Excellence Convention, Martijn Murphy, Upstream Research Manager at Wood Mackenzie, highlighted the government’s “great progress” in paying down arrears to IOCs and linked it to Egypt’s high rate of M&As. Murphy further described the country as “one of the most active M&A markets” in the Middle East and North Africa (MENA) region.

A Closer Look on M&As

According to a 2019 report on Egypt’s M&A outlook by Matouk Bassiouny and Hennawy Law Firm, published in the International Financial Law Review (IFLR), the year 2018 was a progressive one for M&As in Egypt, where numerous M&A transactions were closed especially in oil and gas downstream, petrochemicals, and renewable energy sectors.

Furthermore, there has been a growing trend among Exploration and Production (E&P) companies and investors to expand geographically and acquire financially distressed assets. And to do so, these companies are increasing their M&A transactions more than ever, as cited by a Deloitte report entitled ‘Mergers and Acquisitions in the Oil and Gas Industry, and Current Upstream M&A Issues and Transactions Considerations.’

However, the report further elaborates that M&As in the region face many challenges as E&P companies may experience disruptions with National Oil Companies (NOCs) or the government. That is why legacy risks remain an
off-take agreement with all players involved in an M&A transaction, as buyers and sellers tend to have a hard time settling on pricing due to their different views on risk. Companies, therefore, must get acquainted with the relevant knowhow to make strategic M&As.

The confidential nature of oil and gas contracts in some Middle East countries can make this a little bit more challenging, though, as issues such as fiscal terms and royalty rates are limited to the public.

Speaking of the economic factors in the Egyptian context, the recent reforms have affected almost everybody, especially investors. Arrears have long turned some of the companies reluctant to continue their operations in Egypt, but this is no longer the case.

According to the chapter on Egypt made by Al Tamini & Company, in the Mergers & Acquisitions Review,  published in 2018 by the Law Reviews, which provides business-focused legal analysis and insight in the most significant jurisdictions worldwide, the Egyptian government has taken measures and implemented policies that affect almost all types of businesses, with regard to M&A activities.

One of the authors of the report, Mohamed Gabr, Partner and Head of Corporate Commercial at Al Tamini & Company told Egypt Oil & Gas that because of that, M&As are quite improving in Egypt. “Arrears reduction have an indirect impact on M&As as it raises the confidence of investors for sure, and incentivizes investors to increase their activities in Egypt, especially in the oil and gas sector,” Gabr said.

In light of the Ministry of Petroleum and Mineral Resources’ strategic pillar of the Modernization Project, energy security, financial sustainability, and sector governance are high on the agenda of policy makers. These key reforms endorse Egypt’s 2030 vision to build a modernized and self-sustainable industry. With that in mind, arrears reduction puts Egypt on the right track.

Esraa Ahmed, Senior Economist, told Egypt Oil & Gas that “clearing most of the arrears is definitely positive for the overall image, as it boosts investors’ confidence. I think that putting arrears on a declining path, already restored investors’ confidence. This was evident as the gas sector has been the largest recipient of Foreign Direct Investments (FDIs) during the past years (with around 65% of total FDIs since Q1 FY 2017/18).” Ahmed suggests that there is a low probability that the government would not stick to its plan and pay all its dues by Q4 2019.

Nevertheless, delays have not been totally eradicated yet.  As there are always issues behind any deal such as taxes and liabilities, knowing how to do the legal process is more important than anything else. Besides, arrears are well protected by the Egyptian law, and no government in the history of the country has ever before taken a decision to not comply with the law.

According to an article entitled ‘Arbitration as a Dispute Resolution Mechanism in Mergers and Acquisitions’ by Bernd D. Ehle, Lalive Attorneys-at-Law, M&As are almost by definition a complex business transaction, as they entail multifaceted agreements within multiple corporate entities.

It is inevitable that some M&As result in disputes that can only be resolved by a call for arbitration.  Other simpler means of dispute resolutions include conciliation and mediation. However, Klaus Sachs, a well-known arbitration specialist, wrote that “nowadays arbitration agreements in international and national M&A transactions are rather the rule than the exception.”

In Egypt, nearly 300 disputes with foreign investors had been resolved by 2016, and the remaining cases were already making good progress, as cited in a report on Egypt published by Oxford Business Group. It is important to note that the primary source for M&A financing in Egypt is equity, whether by self-financing from strategic investors, or capital-raising through various types of private equity funds.

M&A transactions in Egypt are governed by the Egyptian Law and mainly regulated by the Civil Code. There are two main codes relevant to M&As. First, the Companies Law 9 and its Executive Regulations, which govern corporate matters in relation to joint-stock and limited liability companies. And second, the Capital Market Law 10 and its Executive Regulations, which address several important corporate matters that include but are not limited to capital increases of joint-stock companies, public offerings of securities and takeover rules pertaining to publicly listed companies.

According to a new group restructuring provision in Law No. 11 of 2013, any capital gains resulting from mergers, demergers, or conversions are subject to tax. Meanwhile, there are other new laws that affect group restructuring, which also directly M&A transactions in the country.

The Law also ensures that foreign investors are treated equally and fairly as any national investor. Under a decree issued by the Egyptian Cabinet, an exception can be made to grant the foreign investor a preferential treatment in application of the principle of reciprocity.

In addition, the State shall permit all cash transfers with any convertible currency in order for foreign investments to be freely and promptly transferrable to and from the State.

Investors might turn away from investing in a given country due to the “High Risk Environment”. The legal framework of bankruptcy, which is tainted by bureaucracy, high procedures cost and an overly long process, was one of those factors that made Egypt to be considered as a high-risk country for investment.

According to an article on Egypt’s New Bankruptcy Law by published in 2018 by Toka Hassan, CRM Specialist at Sharkawy & Sarhan, for a long time, Egyptian bankruptcy regulations used to adopt an approach that deals with the bankrupt as a criminal. However, the new bankruptcy law introduces a new mechanisms such as reorganization. The new law establishes and regulates the reorganization processes within regimes, which creates a win-win situation for all the related parties in the bankruptcy process. Within the law’s comprehensive reorganization procedures, the bankruptcy complex procedures are simplified to encourage non-viable companies to invest or continue their businesses in Egypt.

According to a Letter of Intent sent to the International Monetary Fund (IMF) by the authorities of Romania, in addition to a Memorandum of Economic and Financial Policies of the authorities of Romania, in 2004, the Romanian authority identified nearly  22 companies to have unjustified increase in arrears. As a result, the Ministry of Finance along with state-owned companies enforced execution measures against the companies, among which is the second largest refinery, and insisted on opposing any kind reorganization, mergers and acquisitions. Furthermore, the energy sector worked on reducing its arrears as the ministry pledged to pay its historical debts of the gas distribution companies.

Another example is when an NOC in Nigeria, Nigerian National Petroleum Corporation (NNPC), made it a top priority to stick to its arrear payments as to encourage players in the industry to cooperate and invest with each other. During the 2019 Nigeria Oil and Gas Conference and Exhibition (NOG), NNPC Managing Director, Dr. Maikanti Baru, said that these cooperation further bolster investment opportunities, which translates into more M&As, pseudo equity type transactions, in addition to seismic acquisition and processing.