Delving into The Petroleum Trade Agenda 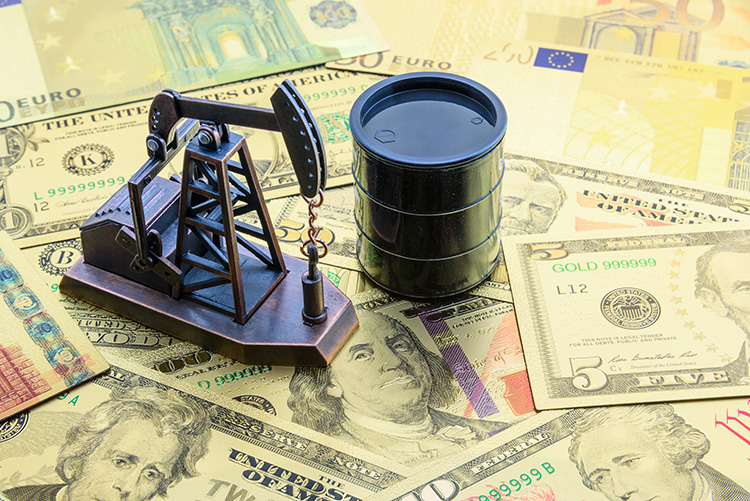 Crude and economy walk hand in hand and the 2020 economic turmoil is a proof of that. Despite the declared intention of energy transition and the pandemic-induced prices, it seems that the world will keep relying on crude for power for the near future. This may not be only good news for upstream oil companies but also for the petroleum trade sector, which may have another story to tell about the COVID-19 crisis.

With the slowing demand on crude that dominated 2020 due to worldwide lockdowns, the global industry faced a bit of a dormant period, especially for crude producing countries; Egypt included. The difference is that Egypt is both an importing and an exporting country; making the trade climate a double-edged sword. Ashraf Abdul Badie, Oil and Gas Technical and Commercial Consultant, noted that as oil prices continue to hover around the $40/bbl, it indicates “low consumption and demand of petroleum, which means that oil amounts to be transported are low…On the other side, the cost of fuel for transportation will decrease.”

The fluctuating prices, low as they may be, would have swung the national economy sideways if it were not for the fact that Egypt is a crude importer as well. Sherine Omar, a Financial and Commercial Director at Dragon Oil, remarked that to balance the export-import equilibrium, “[Egypt] resorted to secure the future crude oil demand at less cost which aimed to create a balance and minimize losses.” Omar explained that at the peak of the price plunge, Egypt “focused on increasing crude oil imports above the monthly demand levels and stocked crude to maximize the benefit to the country.”

Mohamed Farghaly, an Independent Energy and Business Strategy Consultant, concurred that Egypt’s situation with oil prices is a favorable one as a net importer, “however, such low oil prices will not last forever,” he added. He elaborated that the oil crisis does not pose risk for Egypt “since the prevailing domestic market price of petroleum products is significantly higher than the international market price.”

When it comes to petroleum trade, pipelines remain the most popular and efficient method for transportation of crude. Even though it is not financially efficient to construct, pipelines are an obvious and economical means to transport large quantities of natural gas in the long term; not to mention they are considered safe and reliable. While the efficiency part is not lost in the pipeline business, there remains room for improvement.

The most important aspect to facilitate the transmission of different sorts of petroleum products through pipelines is the infrastructure, which is not limited to the actual pipelines. It includes the facilities used in transportation, like compression and metering stations, storage services, and natural gas processing facilities. Developing and improving the current downstream infrastructure aim to maintain the smooth transmission of natural gas from producing basins to consumers and meet the public demand.

When it comes to Egypt, its most notable main pipeline is the 320 kilometers (km) SUMED pipeline extending from the Ain Sukhna terminal on the Gulf of Suez to offshore Sidi Kerir on the Mediterranean Sea. It remains a focal point in the country’s petroleum transport system; from just fiscal year (FY) 2014/15 to FY 2018/19, SUMED managed to transport about 316 million tons (mmt) of crude and condensate. However, since the 2015 Suez Canal expansion, crude transportation shifted from SUMED to the canal, increasing the transported petroleum products through the Canal by 18% in 2017 compared to 2016. Correspondingly, the transported petroleum products decreased by 12% from SUMED pipeline in FY 2017/18.

This brings up a vital angle which is the Suez Canal impact on petroleum products trade. From 2015 to 2019, Egypt’s exports of liquified natural gas (LNG) reached 6.25 mmt, that is of course, after the great Zohr discovery. This has turned Egypt’s position from an exporter to an importer in FY 2015/16.  Thus, the Suez Canal leaves the door wide open for exporting to both the European and the Asian markets.

Egypt is already an exporter of LNG to about 14 countries in Europe, the Middle East, Africa, and the Asia Pacific; Pakistan and India being the top importers of Egyptian LNG. Omar remarked that Suez Canal provides a shorter delivery time to Europe and Asia allowing Egypt “to connect with all international markets based on the crude product specifications.” In addition to its location, the diversity of Egypt’s crude allow “access to a wide range of markets and secures convenience to buyers around the world,” Omar elaborated.

Throughout 2020, the Suez Canal leveraged its position on world trade and remained resilient in the face of the pandemic. Omar noted that “the oil tankers movement through the Suez Canal during April/May was higher by almost 20% compared to the same period in 2019,” connoting that a strong force lies in Egypt.

Above all, Egypt’s geographical location gives the country an edge when it comes to the trade business. Farghaly noted though, that despite that Egypt  “still responsible for very modest bunkering volume, less than one million tons (mmt) of fuel annually,” compared to “Singapore and Fujairah [which] bunkered 42 mmt and 24 mmt, respectively in 2015.” This shows that the Suez Canal has a much larger untapped potential.

Petroleum trade remains and will remain a pivotal attribute to Egypt’s economy and it seems that between Egypt’s pipelines and the Suez Canal, Egypt has the potential to become a gas trading hub. Farghaly believes that liberating the market is the way to do it noting that “it has been years since the issuing of the gas trading law but we could not see deals of gas trading in the market, even before COVID-19 pandemic.” He elaborated that since petroleum products are fully controlled by government agents, then liberating the market “will enhance competition that would lead to cost reduction of products trading. All, for the sake of the consumers and security of supply.”

Besides being a hotspot among other countries, geographical location is not the only attractive aspect for Egypt’s trade. Omar remarked that “the Gulf of Suez has lots of ideal ullage that investors should plan to utilize and hence enable profitable investment with minimum infrastructure cost.” Having said so, Egypt’s petroleum industry still has a lot to offer in spite of the trail 2020 has left in its wake