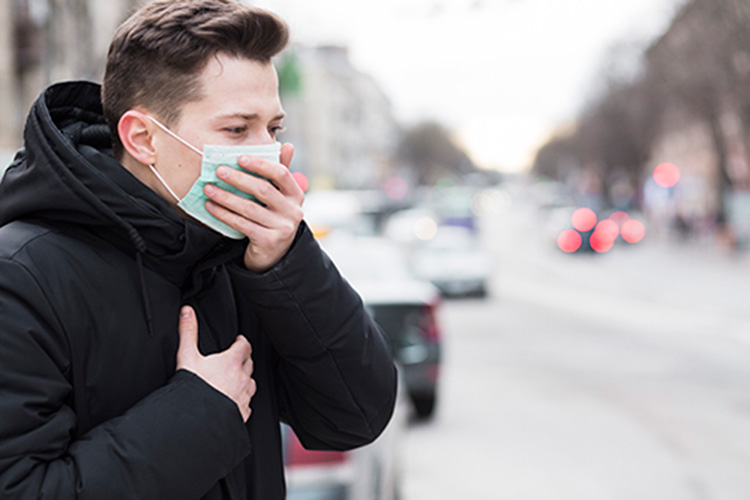 In nearly three months, the novel coronavirus or COVID-19 was able to confine a third of humanity to their homes. By the end of March, the disease spread to nearly 200 countries and territories with the global infection toll surpassing 500,000 and more than 25,000 deaths.

The unprecedented public health challenge, which originated in China has turned into a global threat and was labelled a pandemic by the World Health Organization (WHO).

The pandemic wreaked havoc on world economy, as the only way to contain the virus comes at the price of slowing economic activity, no matter whether social distancing and reduced mobility are voluntary or enforced.

Fall in oil prices propelled a political tension between big oil producers and caused a blow for oil companies that scrambled to cut spending and investment.

The disruption of food supply chains and empty supermarket shelves have become a symbol of the crisis around the world.

Although there is no agreement about a final date for the crises to end, there is a strong belief that the world will never be the same again.

With severe impact on human health, the virus also hit an already weakened global economy, affecting it both from the supply and demand side, hurting global trade and fueling stock markets turmoil.

Georgieva referred that emerging countries needed a minimum of $2.5 trillion in financial resources to endure the pandemic. She added that internal reserves and borrowing in local markets will not be enough, so substantial funding from the IMF, other institutions and bilateral creditors will be required.

The World Trade Organization (WTO) chief, Roberto Azevedo, agreed with IMF chief that projections show the economic downturn and job losses caused by the coronavirus pandemic would be worse than the 2008 recession.

However, the WTO chief stressed that countries could take important steps to limit immediate economic damage and lay the foundations for a long-term recovery, urging them to work together. “Coordinating efforts will increase our collective recession-fighting power,” he said in a video message filmed from his home and posted on the website of the body.

Many countries have already taken extraordinary monetary and fiscal policy measures to mitigate the effect of the economic shock.

G20 countries also announced the injection of over $5 trillion into the global economy to cushion the impact of the novel coronavirus. “The steps to support our economies also include protecting workers, businesses, especially micro-, small and medium-sized enterprises, and the sectors mostly affected,” according to a statement by the G20 leaders’ virtual summit in Riyadh.

The European Central Bank (ECB) announced an economic stimulus program worth EUR 750 billion. The ECB said in a statement that the governing council had decided to launch a temporary asset purchase program to navigate the economic downturn across the eurozone.

US President Donald Trump signed off on a $2.2 trillion coronavirus relief bill, the biggest economic rescue package in US history.

Global markets were able to recover some ground after the US Senate passed the $2 trillion coronavirus aid bill, but some analysts have warned that markets could be volatile until the pandemic is contained.

Some analysts are forecasting a recovery as early as Q3 2020. However, a variety of factors, such as government stimulus, consumer confidence, and the number of COVID-19 cases, will play into this timeline.

However, economists see a glimmer of hope coming from China. The Asian giant, once the epicenter of the COVID-19 pandemic, now shows sharp improvement with steel demand and coal consumption recovering back towards normal levels.

Since the emergence of the coronavirus pandemic, the oil and gas sector has been one of the worst affected sectors. In March 18, oil plumbed an 18-year low as international benchmark Brent crude shed 14.1% or $4.07, to trade at $24.67, according to a CNBC report. The drop in prices, a result of demand-shock and the price war between Saudi Arabia and Russia, has seen Saudi Aramco flooding an already oversupplied world with oil that no one needs.

Analysts at IHS Markit, a research firm, recently forecast that demand for oil could fall by as much as 14 million barrels a day in the second quarter.

The price war between Saudi Arabia and Russia has exacerbated the situation. The Saudis are cutting prices and threatening to increase oil output by about 25% to 12 million barrels a day.

The fast-rising tide of cheap crude oil is filling up storage tanks around the world and putting a strain on the global refining system.

Oil exporting countries and the Gulf Cooperation Council (GCC) countries especially are expected to face a drastic slowdown in economic growth due to the plunge in oil prices and global oil demand, according to the Institute of International Finance.

Giant international oil companies (IOCs), meanwhile, announced plans to sharply cut spending and freeze their share buyback plans. The moves, analysts say, signal how the cratering demand from coronavirus and the collapse in prices are upsetting the outlooks for companies large and small.

Meanwhile, the first oil refinery shutdowns in India and Europe were announced in response to plunging demand.

According to a Bloomberg report, the coronavirus pandemic is even delaying vital maintenance across the oil and natural gas industries in Europe and North America as companies are now having to set priorities because of the coronavirus.

Despite the current drop in greenhouse gas (GHG) emissions due to low demand, the low cost of oil has raised fears about the future of clean energy deployment and climate action.

For the oil sector, the coronavirus has left an already volatile industry wondering where the bottom is, whether normality will ever return and what comes next?

Hopes for a quick recovery in the oil and gas sector lies on hopes that big producers could agree on the necessary production cuts, which may be achievable after reports on Russia’s readiness to negotiate the matter with Saudi Arabia once again.

But until reaching an end to the virus crisis or prices war, oil companies have to find ways to cope with what seems to be the new normal.

However, cutting spending and investments may not be the only solutions, as resorting to new technologies to cut production costs may be an effective tool, too.

Experts around the world are still uncertain about how and when they can win their war against COVID-19. But one certain thing is that the world can never be the same again.

In a Foreign Policy column, Stephen M. Walt, sees that COVID-19 will create a world that is less open, less prosperous, and less free.

The coronavirus pandemic could be the straw that breaks the camel’s back of economic globalization, says Robin Niblett in the same newspaper.

Some other analysts think that the role of government and the economy models are going to change forever after the pandemic. Some predict we will see a society that shows more solidarity and a new economic model that works for all, and perhaps better chances for international cooperation.

Some refer to the virus as a bliss in disguise that will lead to cleaner environment stronger healthcare systems and more digitalized services.

More people will be ordering online, working from home and learning remotely.

More people will be concerned about adopting healthier eating habits in order to strengthen their immune system, while more countries will think of ways to deploy artificial intelligence to guard humanity against similar future crises.