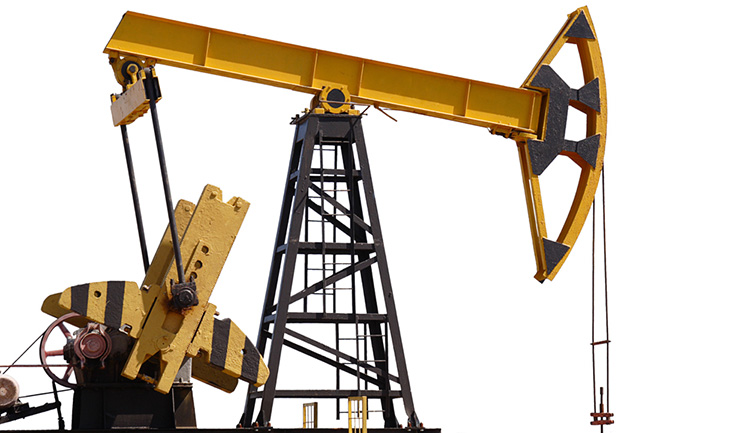 As the year comes to an end, taking a look back to how it was for the oil and gas industry, 2020 certainly was anything but calm. The tumultuous fluctuation of the oil prices has rocked the industry quite a bit; from narrowing and sometimes halting production, to layoffs. Combined with an unforeseeable pandemic, it was the perfect storm that altered the balance of norms, but that does not mean that the oil and gas industry will not pull through. In fact, it has opened new doors for the industry to explore; whether in energy transition or taking advantage of brownfields.

Brownfields are largely prevalent in Egypt’s oil and gas industry. Now more than ever, the current oil price climate could set up an improvement in brownfield activities mainly because during times of recession, it is best to head towards improvements instead of growth. That is, essentially, the route to keep businesses up and running until after the ‘drought period’. The Brent crude oil spot prices averaged around $41 per barrel (bbl) in September, down by $4/bbl from the average in August. Despite the decrease in demand worldwide that dominated the industry in H1 2020, global demand is expected to increase in Q4.  The United States (US) Energy Information Administration (EIA) expects global inventory draws in Q4 to reach 3 million bbl/d. Based on EIA presumption, they forecast that Brent spot prices could average around $42/b during Q4 2020 reaching an average of $47/b in 2021.

Even then, the oil prices remain lower than the industry norm, but in what way could it provide an opportunity for brownfield development? Experts weigh in. Mahmoud Tayel, Brownfield Project Management Expert, told Egypt Oil & Gas that “the current low prices should be used as an opportunity for brownfield projects [in] Egypt as an owner and producer since the cost of shutting down any plant or facility is lower than any other time.” However, a few things should not be swept under the rug; “in order to utilize this opportunity, we must be very precise on our brownfield plans in terms of a clear and defined scope of work on such projects and also for the value and return of the brownfield project,” Tayel added.

Mahmoud El-Ghalid, a Senior Reservoir Engineer at the Gulf of Suez Petroleum Company (GUPCO), concurred that the current price climate holds an advantage as the existing infrastructure “has a positive impact on saving time and money, and consequently improving the economics of the field development.” Hence, the risk of developing brownfields becomes lower “because of data availability and experience gained throughout the field’s history. This experience led to the knowledge of low-cost oil winning opportunities,” El-Ghalid continued.

A Diamond in the Rough

So it seems that during this tough time, it is better to improve what is already there – i.e. brownfields – and think of it as a long-term investment for the future. When it comes to brownfields, there are a few factors that should be considered when estimating the costs of brownfield projects. Tayel remarked that “a defined and clear scope on [what to] replace or upgrade, how it will be done, what other changes or impact [it will have] on other existing systems in the plant,” is an essential factor for developing brownfields. As critical and important as that step is, Tayel noted that “we normally are not paying much intention for it here in Egypt or maybe it is not done correctly.” This sort of negligence could very much impact on brownfield projects and increase costs.

Drawing on that point, BP, for example, provides three major anchor points companies should focus on when approaching brownfields in a low oil price environment; reliability and integrity; production optimization; and reservoir management. BP recommends that investing in the infrastructure goes a long way in addition to building a detailed understanding of the reservoir and optimizing its recovery mechanisms. Of course, in order to achieve financial efficiency and maximum benefits, all of these elements should be supported by a range of technologies.

There is no doubt that technology has a key role in brownfields, adding operational efficiency to managing brownfield projects only elevate the value of brownfields. Operational efficiency helps manage cost escalation in addition to meeting environmental obligations. As the current oil price climate seems favorable towards brownfields development, El-Ghalid suggested two main axes to unlock brownfields potentials. He noted that production optimization through utilizing technologies is essential to the process as “process surveillance and predictive analytical tools provide early warnings of potential facility issues, giving us time to intervene proactively.” Coupling that with production maximization through “removing bottlenecks, easing constraints through the system which might lead to a quick boost in production with minimum costs,” El-Ghalid further elaborated.

Egypt has many success stories when it comes to optimizing production from brownfields. Take West Bakr Petroleum Company for example, in 2016 the company made an integrated plan for West Bakr brownfield. Not only was the company able to double its production, but it managed to reduce operational costs as well. In order to do so, the company implemented main strategies which included; unlocking oil potential, freeing water disposal constraints, freeing oil handling constraints, tracking and analyzing well failures, and selecting durable Artificial Lift Systems (ALS). Through following a predetermined scope of work, the company managed to increase production by 30% in the fiscal year (FY) 2018/19.

By establishing strong foundation markers for Egypt’s brownfield, it is a must to think ahead on how to maximize their potential. One way to do so is through creating an efficient inventory system, as it becomes an effective tool for resource prioritization in addition to being a favorable asset for attracting private investment.

As the Ministry of Petroleum and Mineral Resources continues its digital transformation process, digital inventories should not be left out. In addition to digitizing the existing data, El-Ghalid suggested moving to the cloud stating that “allowing our technical staff to access it [data] to search for analogies and best practices, also benchmarking their assets would broaden and strengthen their [brownfield] development strategies for greater revenue.” Thus, despite the current slump, there is always a chance for improvements, and investing in brownfields seems like the most reasonable way to do it.