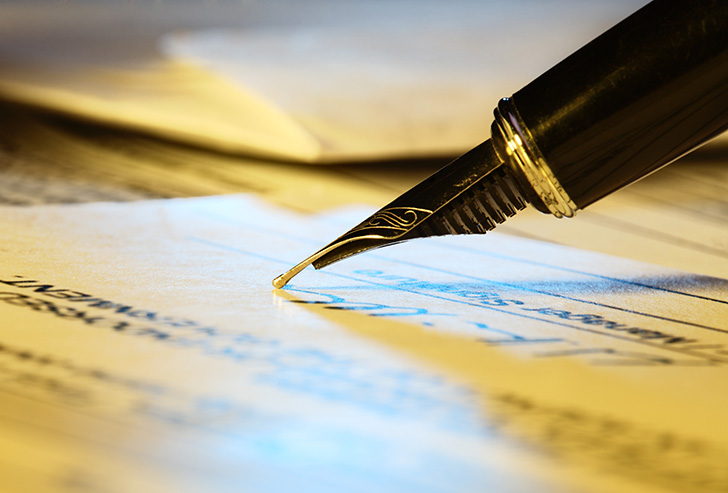 The current global oil price environment has challenged both large and smaller players in the market to accommodate the financial, operational, and legal challenges they face. The low crude prices led to a range of new deals, in which oil and gas companies evaluated the sustainability of the existing and new projects in the long term and in many cases opted for farm-outs.

The underlying rationale of farm-outs relies on “the reduction or sharing of risk to the farmor,” according to Charles Birch’s analysis ‘Choosing the Right Joint Venture Structure for a Farmin or Farmout.’ This is one of several immediate results, however, farm-outs present other significant benefits to the companies that have opted for such a scenario.

Farm-out agreements play an important role in the exploration and development operations of the oil and gas industry worldwide, and only the creativity of draftsmen and negotiators limits the options that such an agreement may entail.

An oil and gas farm-out agreement is defined as an agreement between a company that owns drilling rights (a farmor), which opts to assign all or a portion of these rights to another company (a farmee) in return for drilling in its concessions. Typically, these rights include drilling a well to a certain depth, in a certain location, in a certain time frame. The agreement further stipulates that the well, if reserves are proved, must be turned into commercial production. In other words, a farmee gets an assignment, while a farmor keeps an overriding royalty interest. The two parties thus commonly agree to complete a producing well at the sole costs and expenses of the farmee, in return for which the farmor agrees to assign to the farmee an interest in the acreage surrounding the well.

In drafting the agreement, the parties should anticipate challenges and develop mechanisms for tackling them. Among them are the two parties’ financial capacities available to develop an agreed-upon project, the pace of drilling activities and well development, and potential new partners to provide additional funds for the completion of the project. Equally crucial are considerations whether to enlarge, contract, or terminate the agreement about an area of mutual interest that the parties had meanwhile established.

There exists no single model of a farm-out agreement that would be strictly applied, therefore, both parties much carefully scrutinize each draft individually before signing.

Accordingly, benefits associated with the legal framework of a farm-out agreement differ greatly. In this respect, a Senior Associate at Zaki Hashem & Partners, Essam Hamdy, stated to Egypt Oil&Gas: “The main legal benefit of the farm-out – in case of partial farm-out – is sharing the risk of the costs and expenses of the activities to be carried out during the term of the agreement, especially in some areas where the cost of drilling a well may reach to tens of millions of dollars.” The risk sharing is of critical importance to all oil and gas players, because “in case of non-commercial discovery, the companies involved shall incur all the expenses for exploration phase and shall relinquish the area to the state or a national company, without the claim for cost recovery or other compensations,” added Essam Hamdy. Farm-outs could thus be translated as a reaction to increased risks and are majorly preferred by oil and gas companies.

From the financial perspective, farm-outs also grant advantages in incurred drilling costs and taxation. Oil and gas wells are costly to drill and only a few companies are having sufficiently large initial capital to afford entering into such a business proposition. The same applies to new exploration activities and concessions. Hence, earning through drilling in another company’s area can provide an effective method to acquire new acreage and at the same time decrease the taxation burden.

Furthermore, a considerable number of oil and gas companies have been unwilling to abandon potentially valuable undeveloped leaseholds for cash. Instead, a lessee opts for a farm-out arrangement for a sale of a portion of its lease. This scheme has proved beneficial, because it permits the company to remain in control of its operations. This strongly resembles a joint operating agreement, a model which some farm-out agreements take. Accordingly, drilling will be an obligation for a farmee rather than an option, the farmee will earn its interests merely by drilling, whereas a farmor may share part of the costs.

Farm-outs provide also operational benefits as through fresh capital flowing into a concession area by new co-players ensure that the development continues. According to Professor John Lowe, who, in his paper Something Old, Something New: The Evolving Farmout Agreement, has identified seven key factors that motivate the farmor to enter into a new deal, the operational benefits relate to “lease preservation, lease salvage, for example, monetizing prospect that the farmor has condemned, risk sharing, obtaining geological information to evaluate other leases held by the farmor or to delineate a play, access to the farmor’s market for the sale of the farmee’s production, securing reserves to fill the farmee’s transportation or refining needs and drilling an obligation well, for example, a well required to prevent drainage, and to further develop the leasehold or prevent the application of a Pugh clause.”

On the other hand, as Professor Lowe added, the farmee is motivated to enter into a farmout, because it allows the company to “quickly acquire an acreage position or obtain reserves, using available cash, equipment, or personnel, particularly, if the farmee or its affiliate is a drilling services company, positively evaluating a prospect that the farmor has dismissed, and desiring to become active in the area while sharing the risks”.

Sometimes farmor’s management goal is to obtain geological information from the leases so that it can evaluate other leases that it holds in the same area. While the farmor in this situation hopes that the farmee’s operations will yield production, the farmor’s primary purpose of the agreement is similar to its purpose in entering into an acreage contribution agreement. The farmor wants the information that drilling operations will produce, whether or not drilling operations locate hydrocarbons.

When the farmor’s main purpose in the farmout deal is to develop exploratory information, the contract will emphasize the tests to be conducted in the course of the drilling, the formations to be tested, and the depth to be drilled. The number and complexity of the tests that they require typically distinguish exploratory farm-outs from other kinds of farm-outs. Exploratory farm-outs are also likely to contain area of mutual interest clauses, which obligate the two parties to share leases on properties that may look attractive as a result of the exploratory drilling. Farm-out deals can also specify whether drilling is an option or an obligation, whether the farmee will earn by completing a well for commercial production or merely by drilling to a specified depth and testing the formations, and what percentage interest will be earned in what acreage. These are all matters that will depend upon the bargaining leverage of the parties.

Farm-outs have developed over time. In many countries, where oil and gas business is defined through production-sharing agreements, farm-outs create a leave way for industry entities to address emerging challenges. Early farm-out agreements were generally quite brief, while today’s ones are likely to be much more complex and far-reaching.

In Egypt, SDX Energy Inc., previously known as Sea Dragon Energy Inc., made a farm-out agreement for its South Disouq Concession in the Nile Delta in 2014. The South Disouq concession comprises 1,275 km2 of acreage and is anticipated to contain significant gas potential. The company decided to enter into an agreement with IPR Energy Resources, Ltd (IPR) to farm-out a 45% participating interest in the area. Under the terms of the agreement, IPR carries the cost of the Phase 1 Commitment Well, subject to a cap, with a signature bonus of $1.9 million. The funds are to cover a proportionate share of the remaining work program in South Disouq and IPR will have an option to operate the Commitment Well.

At the time when the deal was closed, Paul Welch, CEO of Sea Dragon, said to Amwal Al Ghad newspaper: “This agreement is an important milestone for the development of the South Disouq concession, which in itself is a key asset for the company, representing significant exploration upside potential in an area the Sea Dragon management team have had proven success. The farm-out will also provide Sea Dragon with the financial flexibility to continue to develop and invest resources across our wider Egyptian asset base. We look forward to working with IPR to explore for the significant potential within this concession.”

Following the agreement, in 2016, SDX and IPR further developed their operations by contracting other companies to provide necessary support for the concession area. “SDX and its partner have agreed on the location for drilling the exploration well, as announced on the 14th of November, 2016. SDX has confirmed that Zenith Energy has been appointed to provide technical assistance for the drilling operations. In addition to working with Zenith Energy, SDX has signed a Letter of Intent with Sino Tharwa Drilling Company, the rig contractor, who will supply the Sino-Tharwa 6 rig at South Disouq,” the company’s website informed.

As it appears, the main reason for the farmout deal was to share feasibility study and operational costs, which was made possible through the financial boost provided to Sea Dragon as the farmee.

In the current environment, the majors are not particularly concerned with saving individual leases and they are, instead, interested in entering into farm-out agreements more often, especially if these cover a substantial percentage of acreage and involve an exploration play. In this case, the oil and gas firms use the farm-outs to gather information or to reduce their financial costs and operational and legal risks in the early stages of the play.