A Hypothetical “Plan B” to Secure Downstream 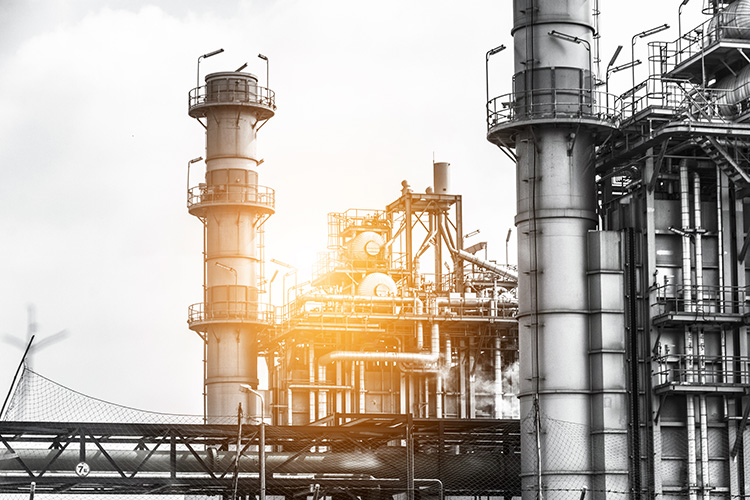 As Egypt paves its way to achieve natural gas self-sufficiency, could there possibly be another shortcut to secure the country’s downstream activities? One might think it is not necessary to explore another alternative with the booming natural gas discoveries. However, a plan B could be the safest bet to offer a myriad of possibilities for the petrochemical industry.

Many gas derivatives are being poured to and from of the petrochemical industry. Nonetheless, natural gas remains a cornerstone of the petrochemical sector, where it represents a mainstream of energy and an important source of foreign currency. Through the utilization of gas usage in petrochemical plants, it maximizes the added value of growth rates and goals, improves trade balance and creates new job opportunities.

Al-Ahram newspaper reported in June that the ministry is studying the construction of a new refinery and petrochemicals complex with investments of about $8.5 billion in Al-Alamein region. It also mentioned the latest achievements the ministry has announced in the petrochemical industry.

According to the ministry, four new projects in the petrochemical industry are underway with investments of about $1.5 billion, in addition to six other projects with a total investment of about $7 billion that will be implemented within four years. All 10 projects are estimated to increase the capacity of refineries to more than 41 million tons annually.

The ministry added that five projects have already been implemented within the past four years to expand refineries with a total investment of about $4.6 billion. Moreover, the implementation of the largest two complexes in the petrochemical industry have contributed to the increase of production by 80% between 2015 and 2019, compared to the period from 2011-2015.

In essence, various hydrocarbons derived from the refining of oil, gas, and coal goes through several refining stages in petrochemical plants to produce a wide variety of chemical products. These chemical products, when produced in an abundant amount, create feedstock.

Some elements are directly used to produce petrochemicals, which are compounds and polymers derived directly or indirectly from petroleum and used in the chemical market. Among the major petrochemical products are plastics, synthetic fibers, synthetic rubber, detergents, and nitrogen fertilizers.

One of the scenarios drafted by the study was to explore the feasibility of 3 million tons of straight run naphtha feedstock needed to produce petrochemicals such as benzene, toluene and xylenes. According to its results; this model was profitable and shall be feasible if the quantity of naphtha feedstock increased to 5,500 thousand tons per year. Moreover, a discount on naphtha feedstock price needs to reach 4.5%.

As the cost of production of petrochemicals is highly dependent on feedstock cost, regions with abundant low-cost feedstock have an advantage over the regions where the availability of feedstock is limited. Accordingly, saving costs helps in meeting the petrochemical industry’s needs, whilst local production calls for investments.

Major international oil companies (IOCs) such as BP and Shell are extending their exploration and production (E&P) programs in Egypt to secure a long term and sustainable supply in oil and gas to any downstream scheme. However, as IOCs are eyeing natural gas discoveries, should their attention be diverted to something else?

“During the last 20 years, enhanced extraction techniques have proven to oil and gas players that a new era of viable shale energy has aggressively begun. On the other side, improvements in drilling and processing technology for shale oil and gas have made it less costly to extract them from shale deposits. The US is leading the model for this new energy source, becoming the world’s largest oil producer, surpassing Saudi Arabia and Russia,” Abeer El-Sherbiny, Section Head, Business Development at Egyptian Petrochemicals Holding Company (ECHEM) said.

“The shale gas revolution is a tipping point not only on the entire energy mix worldwide but also on the petrochemicals and chemicals industry. Companies from around the world are investing in new projects to build or expand their shale advantaged capacity in the United States taking advantage of the favorably low-price natural gas. Since 2010, 334 projects cumulatively valued at $204 billion have been announced, with 53 percent of the capital investment completed or under construction. Much of the investment is geared toward export markets for chemical and plastics products, which can improve America’s trade balance,” El-Sherbiny said.

Industry experts say that the promising business outlook looms on the importance of integrating petrochemicals including refining and the entire downstream operations. According to Stephen Pryor, Former President of ExxonMobil, integration is “more than simply collocating refineries with petrochemical plants.”

“The availability of a steady supply of low-cost unconventional feedstocks has created significant investment opportunities in North American projects, while at the same time, China is aggressively advancing a coal-to-chemicals strategy that will increase its overall self-sufficiency in key basic chemicals, including ethylene and propylene,” said Dave Witte, general manager of IHS Chemical and senior vice president at IHS. “The pace and scale of these investments must be balanced with a moderated, but continued steady pace of new investments in the Middle East. The mix and balance of these investments will be a key driver of change across the global petrochemical industry during the next five years.”

As other regions try to adapt the new market dynamics, shale gas and shale oil are already reshaping the Middle East’s petrochemical industry, Udo Jung, Mirko Rubeis, Marcin Jędrzejewski, and Arun Rajamani pointed out in an article in 2016 for the Boston Consulting Group (BGC).

A 2015 report entitled The Economic Impacts on Shale Gas on Netherlands by S. Slingerland et al., explained the likely impacts of unconventional resources until 2020 and the possible impacts from 2020 to 2035. More impacts are expected in the period 2020 to 2035, and these impacts are likely to result from increased imports of shale gas and domestic shale production in Europe (in particular in the UK and the Ukraine). According to S. Slingerland et al, not all countries will experience a “shale gas boom” like the US.

“If this model is applied to Egypt, it will definitely reshape the upcoming downstream projects. As shale gas makes ethane and propane prices cheap, companies and foreign investors will be encouraged to take ethane and propane as feedstock and produce ethylene and propylene to have the two main building blocks of the whole industry heading to whatever product in the entire value chain,” El-Sherbiny elaborated.

Production from Apollonia Tight Reservoir trigged the idea of applying the existing North America tight-gas model in Egypt with an objective to economically develop unconventional resources, which is anticipated to help in rationalizing the natural gas importing bills, and in turn, bolster the industry and the economy as a whole.

According to El-Sherbiny, Apollonia pilot gas project can open up new opportunities for the Egyptian energy mix within the unconventional oil and gas E&P. However, El-Sherbiny says that there us no proven commercial production from the Apollonia gas project until now. There is a misconception that Apollonia targets shale gas, but it is actually of a shallow limestone nature that is gas charged in many parts of the Abu Gharadig Basin. Besides, until there is an economic production from this type of projects, no one can confirm its feasibility specially in the downstream industry, El-Sherbiny added.

“To sum up, cheap and accessible natural gas is a crucial point for downstream investors bringing the Egyptian industry upward on an international and global market,” El-Sherbiny concluded.