A Catalyst to the Modernization of JVs 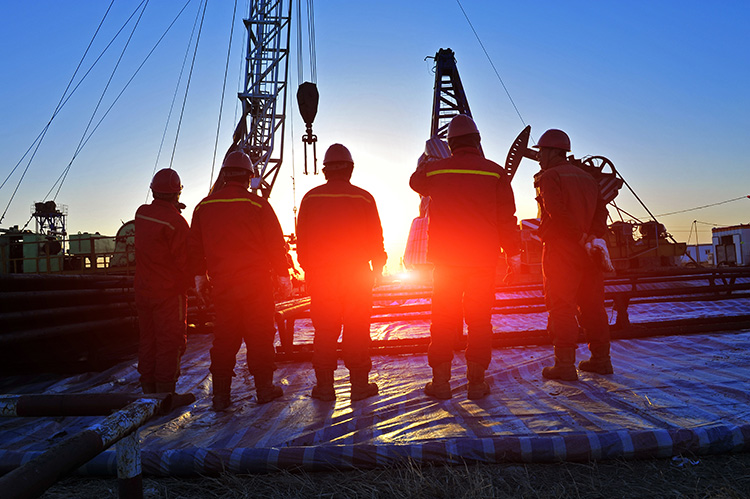 Joint ventures (JVs) can often be a conundrum, with complicated structures and shared management teams. As a volatile market, the oil and gas industry would not appear to sit well with the given structure, posing some threats to JV ideals. According to a two-year study entitled ‘Effective Mergers and Acquisitions’ by UK-based Roffey Park Institute, strategic alliances between businesses are hard to manage and have a high risk of failure. However, with key human resource (HR) managers, more companies opt for collaboration to modernize their business landscapes.

The study further suggests that if companies invest in fostering personal relationships between their staff before joining forces, this shall directly contribute to the success of the entity as a whole.

One of the report’s authors, Linda Holbeche, a thought and practice leader in the fields of leadership and HR management, explained that in order for people to get to work, HR managers should make a conscious decision and a huge amount of effort to build trust between different groups of people, to consolidate the common systems used and to be prepared to take risks, adding that the more information is shared, the higher the level of trust.

In 2016, Ernst & Young’s People Advisory Services conducted a people strategy survey to assess current HR practices in 38 petroleum companies, covering a range of upstream, downstream, and services sectors. The results revealed five major trends impacting talent retention and HR management in the oil and gas industry. The first trend positioned talent management as an imperative in a sustained downturn. The second trend suggested that adding flexible benefits can improve employee engagement. The third established how HR technology can help drive efficiencies with a lower cost of implementation, quicker deployments and improved reporting. The fourth necessitates updating and streamlining global mobility programs to minimize risks and reduce costs. And finally, the fifth showed how many companies are implementing changes to their organizational design to seek efficiencies and shape a nimbler, more agile organization for the future.

An HR Paradigm within JVs

With JVs in Egypt, regulation gives control over resources to state entities, in addition to the authority to monitor international oil companies (IOCs) to ensure proper value sharing and utilization of those resources.

IOC conglomerate BP has established a successful track record of JVs during their time in Egypt, all the while capitalizing on the human element. JVs such as the Gulf of Suez Petroleum Company (GUPCO), the Pharaonic Petroleum Company (PhPC), and Lightsource BP have all been setting up their systems and procedures to support staff in critical tasks and minimize human error. Culturally speaking, BP optimizes the work environment to shape how leaders think, constituting the culture of the organization.

Wintershall Dea is a more recent JV example that employed the HR management of two different entities. The merger was completed on May 1, bringing together two of the largest independent European exploration and production (E&P) companies, sharing their vast oil and gas portfolios. Mario Mehren, Chairman and CEO of Wintershall Dea emphasized that both companies fit together not only in terms of portfolio, but also in terms of values and team spirit. Based on these shared values, the newly established JV strengthens and develops their calibers.

According to the Oil and Gas Law Review published by Christopher B. Strong, a legal researcher, the Egyptian General Petroleum Cooperation (EGPC) operates as a holding company to 12 public sector companies and around 58 JVs with foreign partners that include several major IOCs. The EGPC manages its E&P operations through these JVs.

The EGPC has taken strides in the development of HR skills in different areas of the oil and gas sector through its implementation of training programs and HR activities. The company’s efficient approach to work aims to build the next generation of innovators and creative thinkers.

Badr Petroleum Company (BAPETCO), a JV between the EGPC and Royal Dutch Shell, was the first JV in Egypt to interweave modernization to all its core values. BAPETCO was an excellent choice due to the company’s huge number of employees that are always willing to expand and advance forward. Moreover, with all of its social investment and development programs that are mainly focused on human capital development and capability building, Shell was apt to take on the project.

In order to exemplify the importance of investing in human resources, Dina Fouda, Transformation and Value Capture GM at Shell, mentioned how the motivation of employees has impacted the Modernization Project itself. “We have a team of over 30 people from BAPETCO who are working on implementing this change within the company and we are getting great value from the passion and the willingness of the team working on the program,” she said.

Osama Mobarez, undersecretary of the Technical Office at the Ministry of Petroleum, sees Bapetco as a role model for the modernization of JVs as it was necessary to implement the Modernization Project in both holding companies and their affiliates.

Alaa ElBatal, Vice Chairman for Exploration at EGPC, agreed with Mobarez. He had previously advised all JVs to follow BAPETCO’s model as it paves the way for the future of JVs in Egypt.

The ministry’s Modernization Project aims to revamp the organizational structure of the sector, including EGPC and state holding companies. This is in addition to improving the governance of the sector.

On May 21st, Shell and EGPC signed a human capital performance efficiency agreement to modernize BAPETCO. The agreement was signed by Abed Ezz El Regal, head of EGPC; and Khaled Kacem, Shell’s Country Chairman and Managing Director in Egypt, in the attendance of Minister of Petroleum, Tarek El Molla.

BAPETCO has already implemented many of the steps recommended by the ministry’s program. The pillars for the modernization of JVs are three: governance; human capital development; and key processes like procurement and tendering.

El Molla said during the signing of the agreement that human capital is the cornerstone of the project and the main developer to prepare the young generation to lead the oil and gas sector in the future.

Mark Konecki, Region Operations Director at Apache, stated during Egypt Oil & Gas’ Upstream Operational Excellence convention last December that JVs should heavily invest in their human resources. “When [Apache] advances people through our organization, we advance them because of their competencies and because of their performance, and not just because of how long they have been in a particular job,” he noted.

Konecki also stressed that Egypt must work on retaining its skilled employees who often go to other countries in order to have better opportunities. “We have many talented individuals here in Egypt and we need to nurture those talented people,” he added.

To Mobarez, personnel are at the core of any reforms made to the sector. “We are talking about a transformation that is going to have a long journey, so we need the collaboration of all stakeholders,” he said.