Sisi to Attend Fifth Tripartite Meeting with Cyprus and Greece 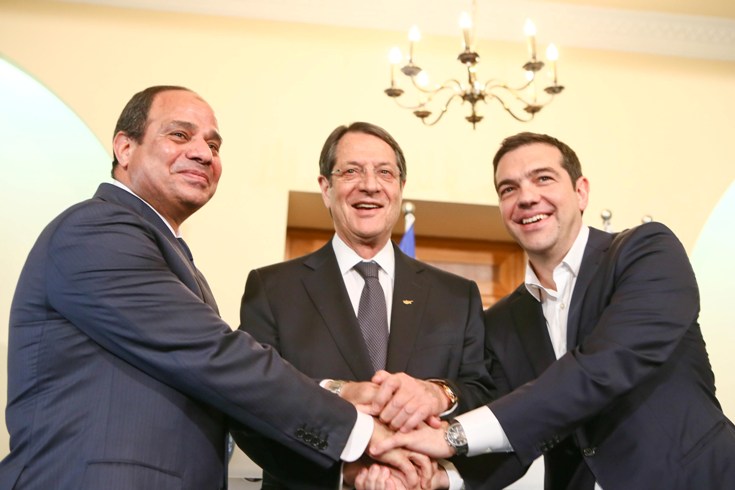 The three leaders will discuss recent developments in the region and political and economic collaboration, the Foreign Minister of Cyprus, Ioannis Kasoulidis, told Ahram Al-Arabi magazine.

The summit will be held in Nicosia, Cyprus, in November 2017.

The first three tripartite summits were held in 2015 and a forth was held in Cairo in 2016, according to Ahram Online.

During the fourth summit, the leaders discussed economic zones in the Mediterranean, natural gas transportation to Europe, and increased cooperation, reports World Bulletin.